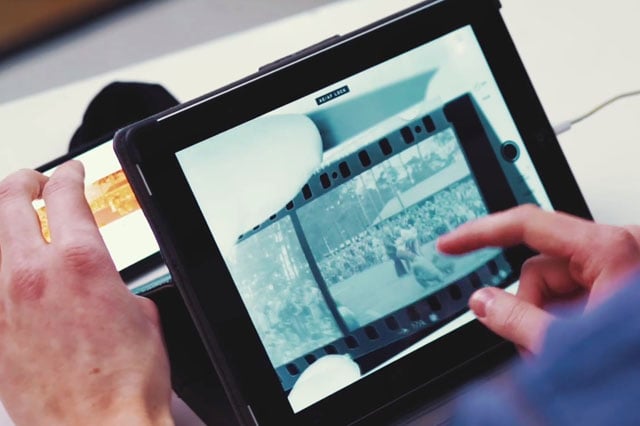 A few years ago, we wrote about how phones can be used as negative film strip viewers by simply inverting the screens. Swedish photographer Adam af Ekenstam took the idea a step further by using an iPad and iPhone together as a simple yet powerful negative viewing station.

Af Ekenstam uses his iPhone with a blank white screen as a lightbox alternative for backlighting the strips. On his iPad, he sets the screen to inverted and grayscale using the options found in Settings→General→Accessibility.

He can then place any negative film strip in between the iPad and the iPhone with one of his hands while the iPad’s camera is open. His other hand can be used to tweak various iPad preview options (e.g. AF/AE lock, exposure, zoom) to get a better look at each photo. 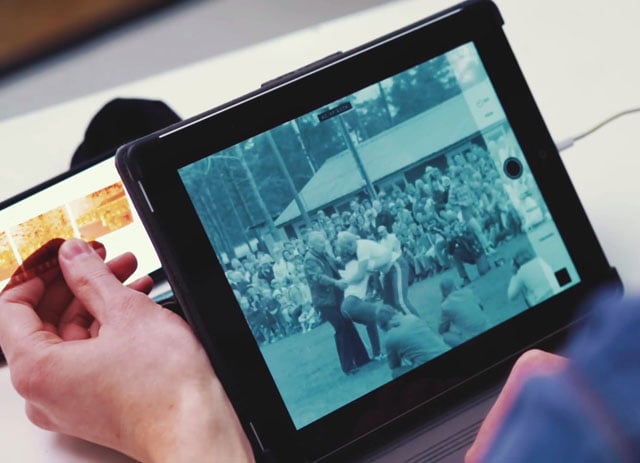 You can do the same thing with an Android tablet, of course. Just look into how to invert your display.

Then and Now: A Cheeky Look at How Photography Has Changed Over Two Decades