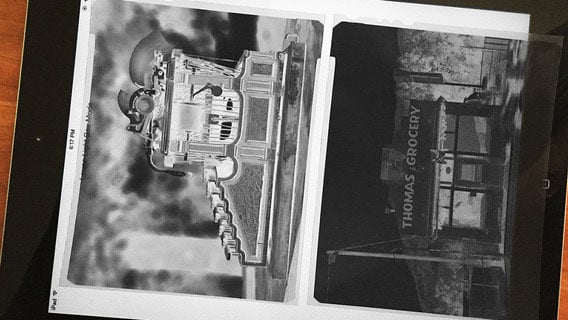 Working with a collection of film negatives can be quite an overwhelming task that requires each photograph to be carefully loaded into a scanner for identification. However, when developer Bruce Johnson needed to go through his grandfather’s extensive collection of photographic work, he realized a better solution was needed. Light Box Loupe is the easy iOS solution for proofing negatives (and reversal film) in real-time.

Light Box Loupe lets you view magnified positive images from original film negatives or positive transparencies. The application provides a stabilized and inverted live view of your film, making it easy to view and organize large amounts of film.

Johnson recommends using Loupe to preview your images and then a professional scanner to store the final images: “It is not meant to replace film scanning but help to flag a subset of the film images for higher quality scanning and preservation.” 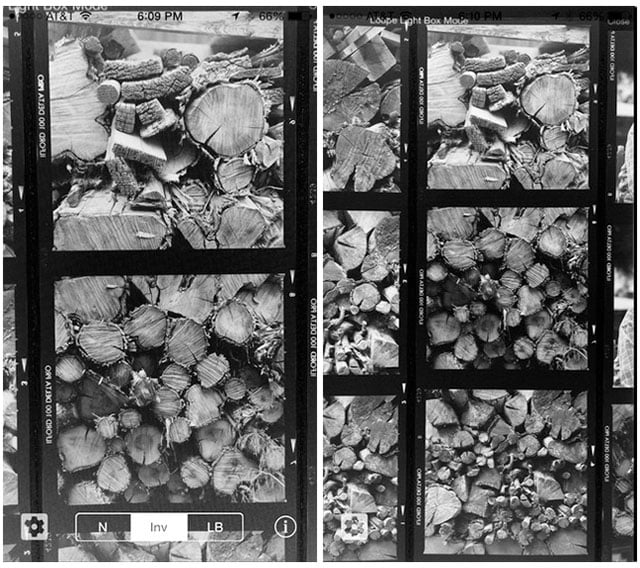 While you can simply invert the screen on your smartphone for a similar purpose, Light Box Loupe has some advantages.

“Right now I’m working out some specific colors that will cancel out the color masking for color film negative,” he says. If you happen to have two iOS devices, such as an iPhone and an iPad, you can you use one of the devices as a backlight using the application’s Light Box (LB) surface mode. Just launch the application on both devices and you have a portable light box and scanner for easy viewing and organization of negatives.

You can purchase Light Box Loupe for $1 from the iOS App Store.

Time-Lapse: The Metamorphosis of a Caterpillar Into a Monarch Butterfly