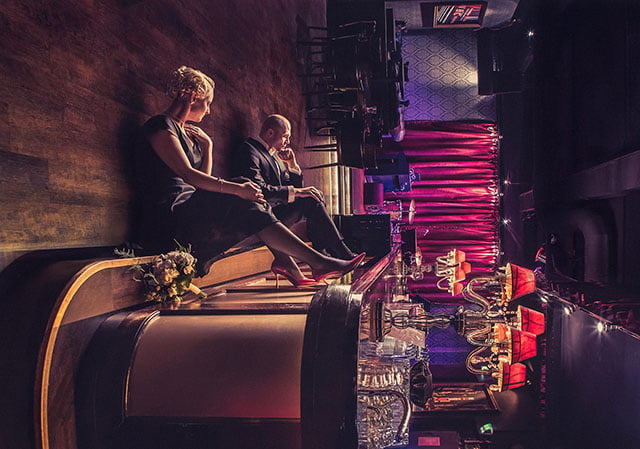 In my work, the concept and the pre-visualization of the images are the key issues. It’s all about fresh ideas and trying to achieve something that has never been seen when trying to create original pieces of art.

Sometimes I just know that a project will evolve into something original even before I even start shooting the pictures. This time it was this couple (Vesa & Elina), who gave me freedom to do a wedding photo that would be something original and different.

Well, I definitely tried to push myself to create something new and different and I think I did.

The soon to be married couple both sent me some ideas they had in mind. The images they sent me as a guideline were from different movies — lots of weird ideas that definitely aren’t your typical wedding shots. I looked through the images and came up with an idea of moving the wedding theme into the world of illusion and magic — perhaps something weird that inspired by the dream world in the movie Inception.

After a bit of location scouting, I decided that I will do the images in my friends Janne’s bar, Tähti, which has a really cool jazz-themed area. There are cool walls, red chairs, an area for the band, etc.

I came up with an idea to switch the perspective of things altogether, rotating the environment sideways, and shot one of my favorite composite shots. This image will twist your mind and also your neck.

The composite has mainly three elements, the groom the bride and the enviroment. Pretty straight forward retouch, but the concept will be the the key issues to make image stand out. 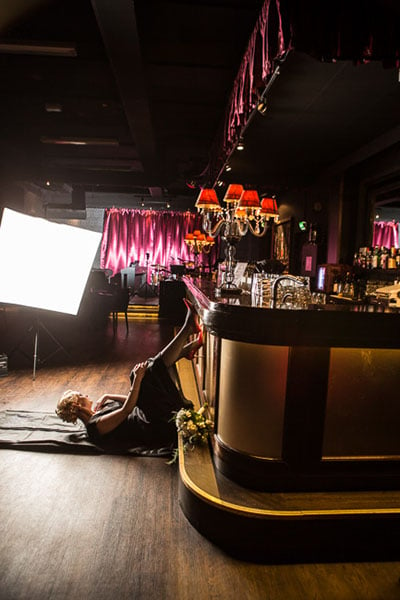 Here’s a behind-the-scenes video showing how I combined the three photos into one composite shot (the light setup for the people can be seen in it):

The photos were shot with a Canon 5D Markk III with a 24-70 f/2.8L lens and with Elinchrome Quadra flashes. Here’s the final product (click for a larger version):

P.S. This photograph got me into a top 3 medalist position in the World Photographic Cup. The final color of the medal will be revealed in France, Montpellier, at the beginning of April 2015.

About the author: Antti Karppinen is a photographer, digital artist, and retoucher based in Finland. He is an internationally award-winning commercial and portrait photographer. You can find more of his work over on his website and blog. This article originally appeared here.