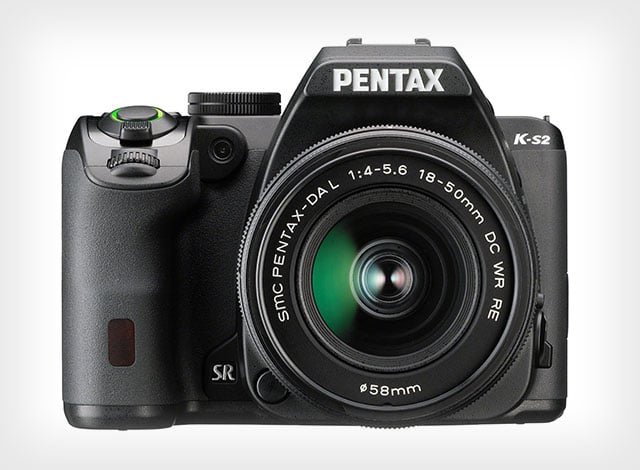 Ricoh wants to win photographers over to its Pentax K-S line of DSLRs. The company’s first offering, the K-S1, was laughed at for its strange futuristic design that included strange glowing lights in different parts of the camera body. Some called it the worst camera of 2014, and a botched marketing photo didn’t help the cause.

Today Ricoh unveiled a successor that aims to turn the tide of public opinion. The K-S2 is a 20MP APS-C sensor DSLR that opts for a safer and more traditional design.


As a reminder, here’s what the original K-S1 looks like:

Ricoh says the K-S2 is the world’s smallest dustproof and weather-resistant DSLR. On the back of the camera is a swiveling 3-inch LCD screen — the first of its kind in a Pentax DSLR. The screen can rotate 180-degrees to face forward, allowing you to “capture the perfect selfie.” 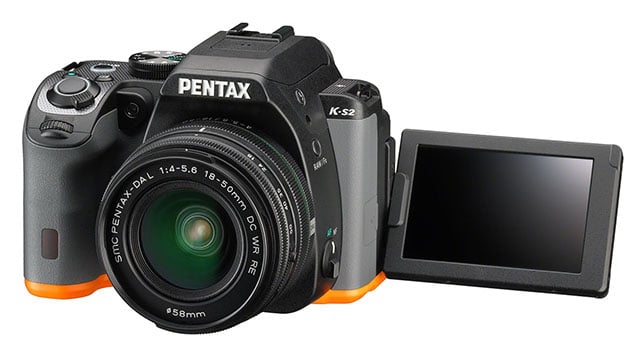 There’s also dual electronic dials on the top of the grip and on the back panel of the camera, allowing you to control two different settings (e.g. aperture and shutter speed) of the camera independently of each other. 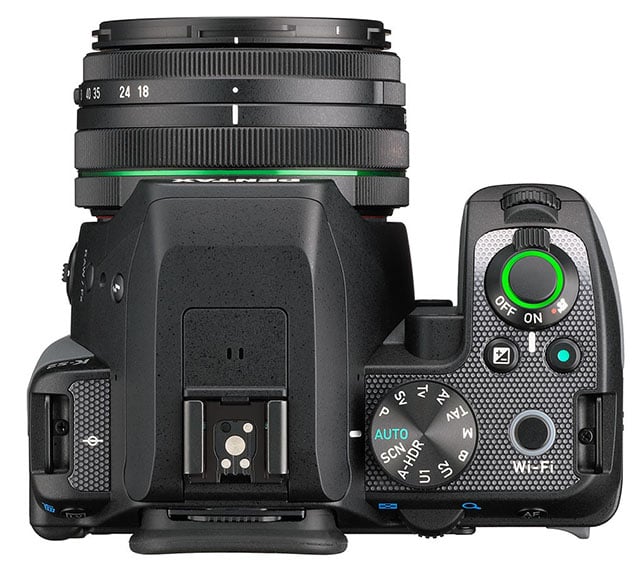 Instead of an actual anti-aliasing filter to deal with moiré, the K-S2 uses an innovative AA filter simulator that uses microscopic vibrations of the sensor during exposure to provide the same level of moiré reduction. The benefit of this feature is that the photographer can turn the filtering on and off as needed (other companies are releasing entirely separate models to offer filter-less cameras). Other features of the K-S2 include: an 11-point AF system with 9 cross-type points, a 77-segment metering system, continuous shooting at 5.5 photos per second, a nearly 100% field of view viewfinder, sensor dust removal, in-body shake reduction, an ISO range of 100 to 51200, 1080p video recording, and Wi-Fi and NFC. 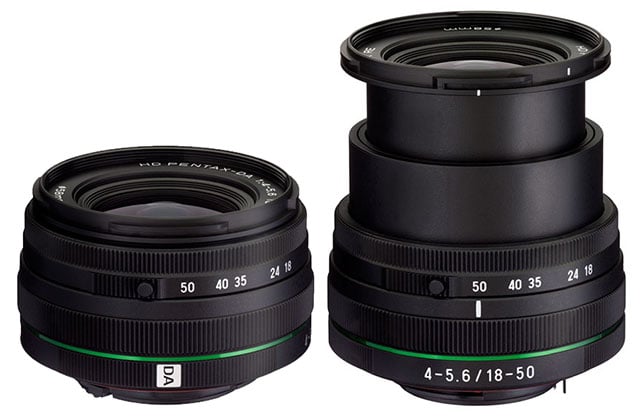 The new 18-50mm (27.5-76.5mm in 35mm terms) kit lens is also a newly announced product. It’s a weather-resistant lens that packs a retractable storage mechanism that gives the lens ultra portability without sacrificing optical quality. The small form factor pairs well with the K-S2, which is itself designed for portability.