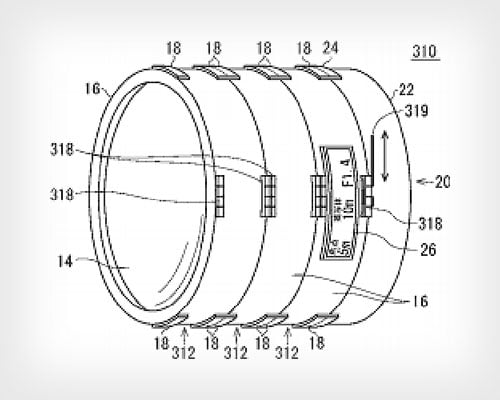 In the past several years, there have been quite a few mentions of modular camera designs that split sensors, screens, and bodies of cameras into separate, replaceable parts. Today is the first time we’ve heard of a completely modular lens system.

A recently published Nikon patent appears to show just that: a lens that is assembled by connecting a number of circular pieces to form a complete barrel.

Japanese blog Egami first discovered the patent, and writes that the design may allow photographers to create the exact lens they need by mixing and matching the lens components — just like how lenses and teleconverters can be interchanged.

The patent shows a lens that was formed by joining together multiple barrel parts. The components can communicate with one another and appear to have distinct roles. For example, one component must be used as the mount between the lens and the camera, while another must be used as the front element of the lens. Others are designed to be used as main lens groups in between those two.

The patent also shows a carrying case that stores the lens pieces in circular slots: There’s no indication so far that this patent is anything more than the result of a brainstorming session among Nikon engineers, but it’s an interesting idea that could change the way we think about lenses if it ever materializes into a real product.