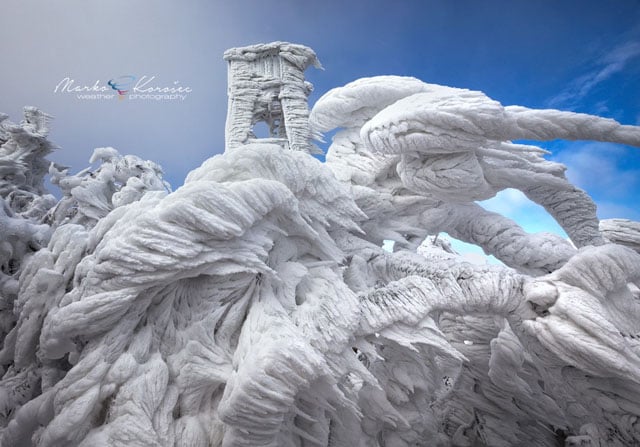 Mount Javornik in Slovenia was recently battered by more than a week of strong winds and freezing fog. After the storm was safely past, weather photographer Marko Korosec decided to trek up the popular ski destination to see what he would find.

When he got up the mountain, he found crazy and beautiful ice structures formed by the intense weather. Many of the formations reminded Korosec of “extraterrestrial creatures like in the Sci-Fi movies,” he says.

What you see in these photographs are trees, lookout towers, signs, and other things covered with thick layers of wind-blown rime ice. This is white ice that forms when the water droplets in fog freeze to the outer surfaces of things. When combined with winds, hard rime can form the beautiful formations seen here if given enough time.

Some of the ice spikes in the images are more than 3-feet long, according to Korosec. 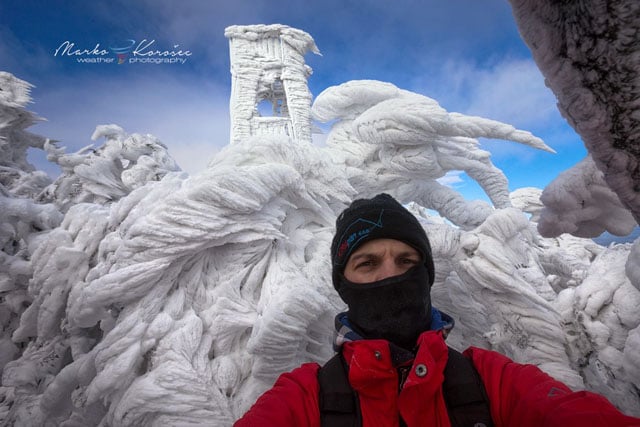 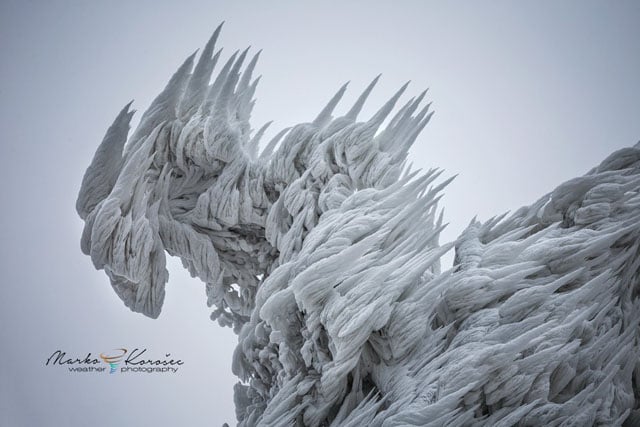 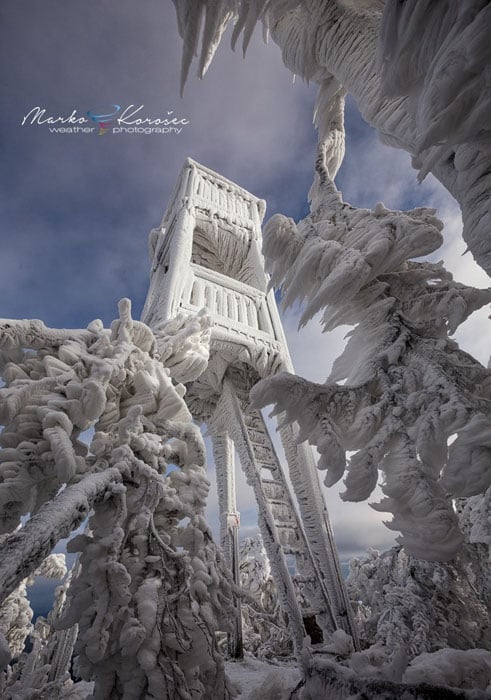 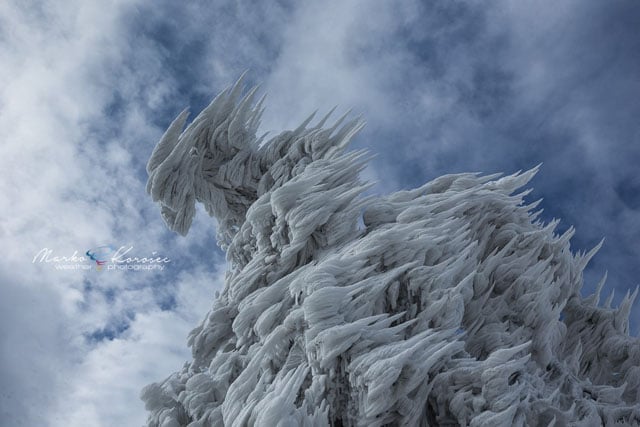 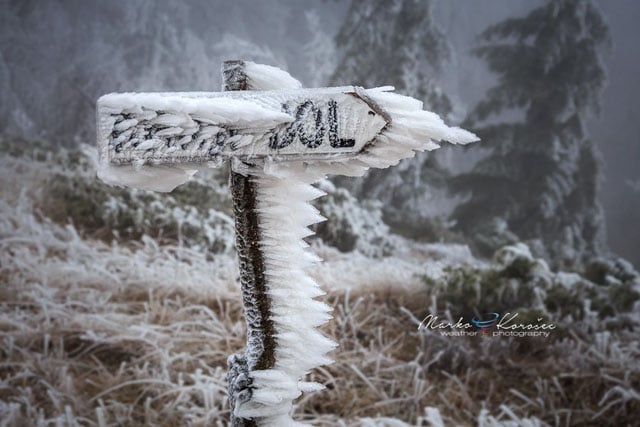 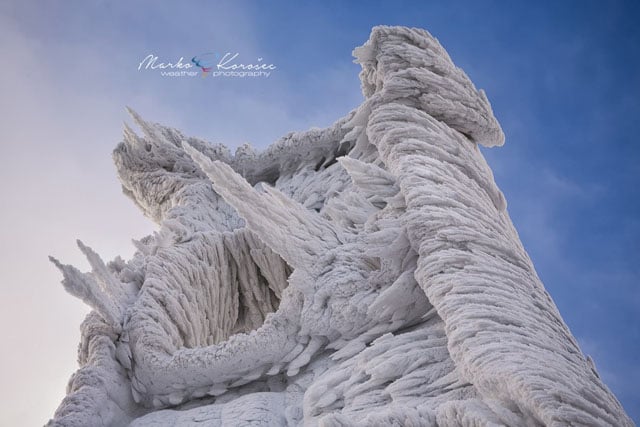 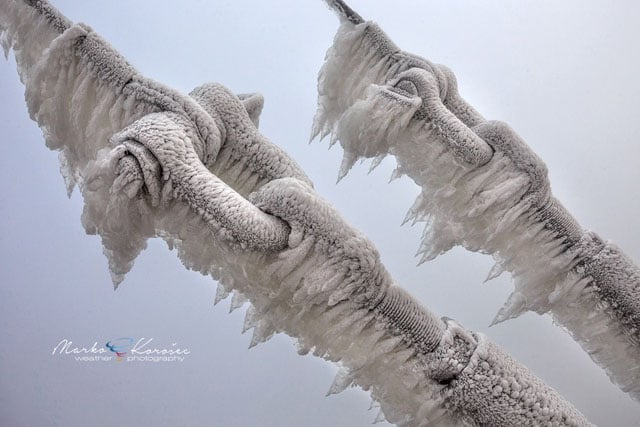 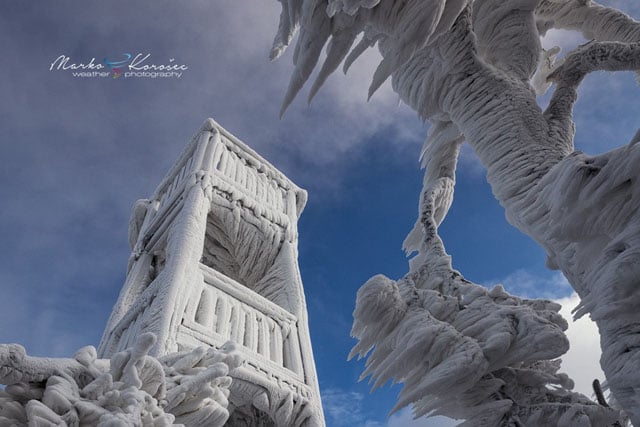 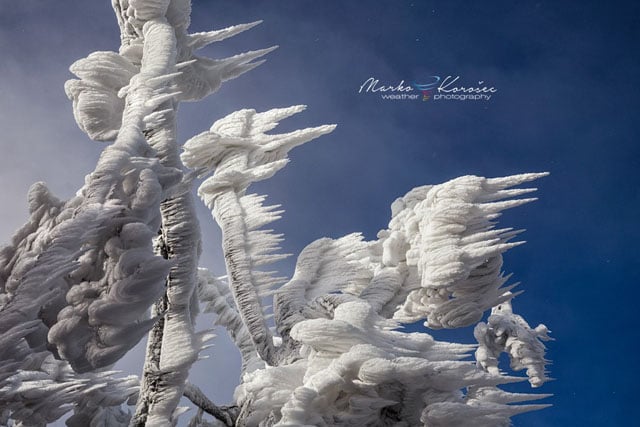 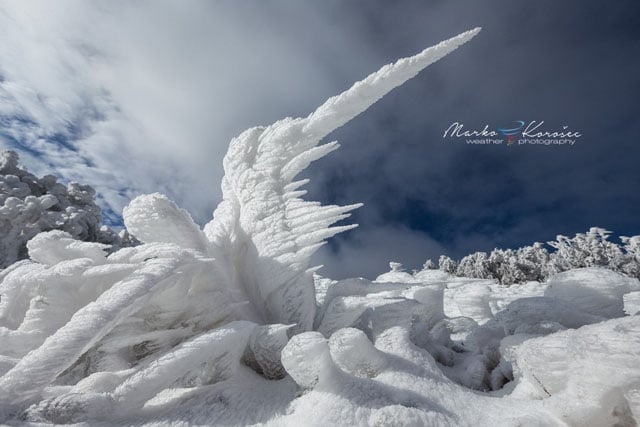 You can find more of Korosec’s photographs over on his 500px account.

Image credits: Photographs by Marko Korosec and used with permission