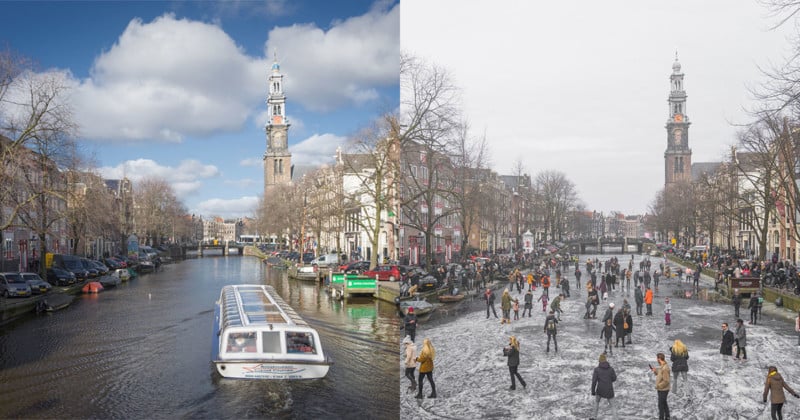 Last week was extremely cold in my country, the Netherlands. February 28th was the coldest 28th of February in history, breaking the record set in 1904. It’s crazy to experience this kind of weather here while some of my friends in Norway and Iceland are having warmer weather.

Temperatures of around -10°C (14°F) at night and still below zero during the day combined with extreme winds that go on for days makes everything freeze up, especially the coastlines. Lots of canals in Amsterdam completely froze up making it possible to ice skate on them. Cruises stopped going temporarily because of the ice. This has not happened over the last 6 years! 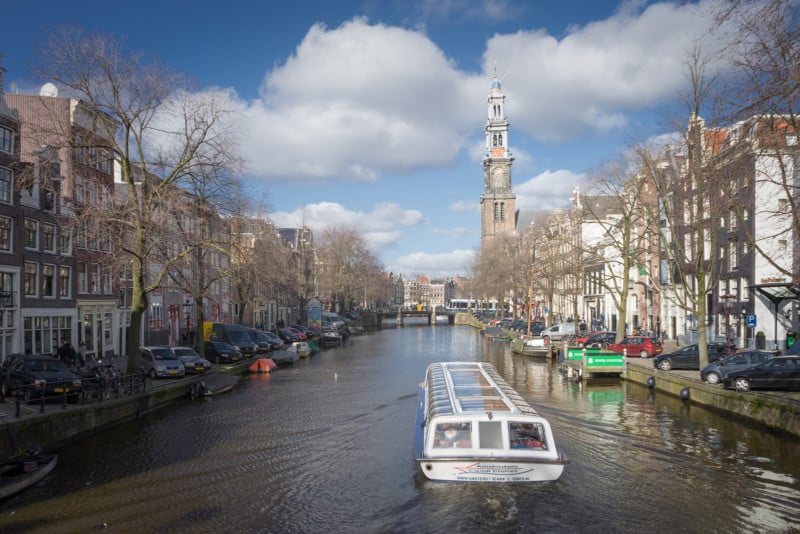 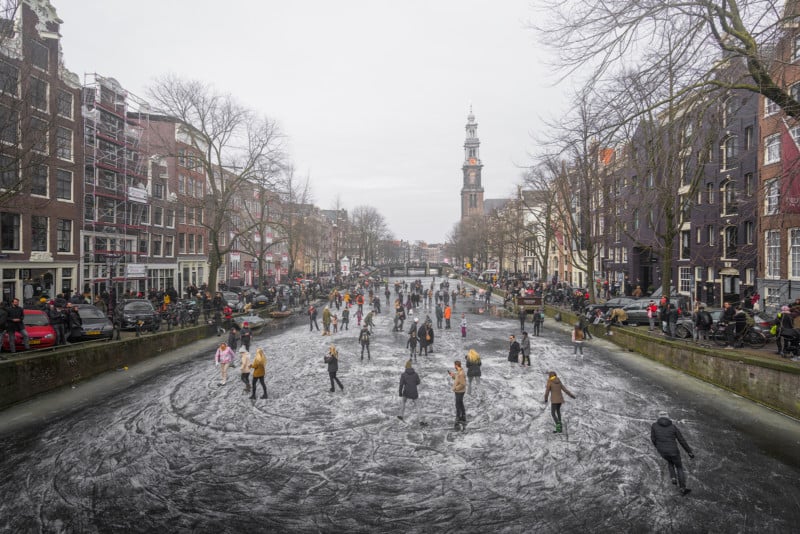 Seeing my country like this as a photographer is beautiful. I normally only see these crazy ice shards and sculptures when I travel to the Arctic. It’s quite unique.

It’s interesting to note that this whole winter since late 2017 had some very cold temperatures. In December 2017, we had a lot of snow in Amsterdam, which is also rare. It was a beautiful winter!

Here are a bunch of shots that I took this winter with each one preceded by a photo of how the scene ‘normally’ looks: 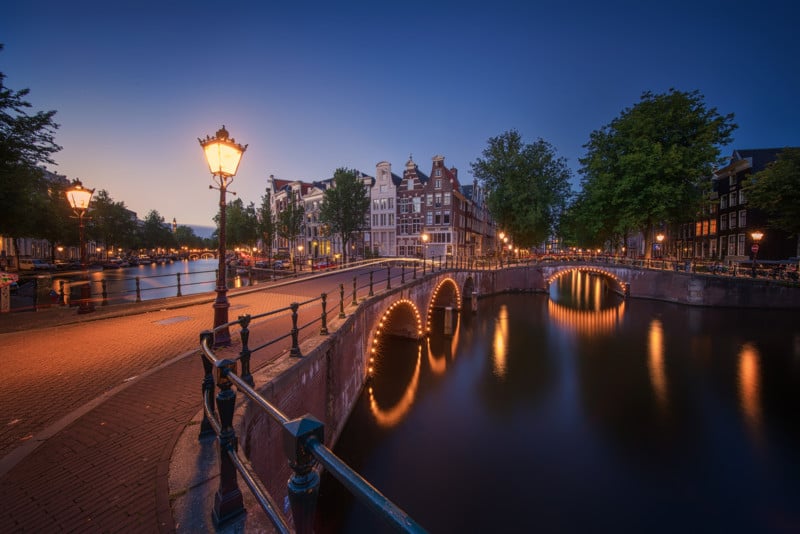 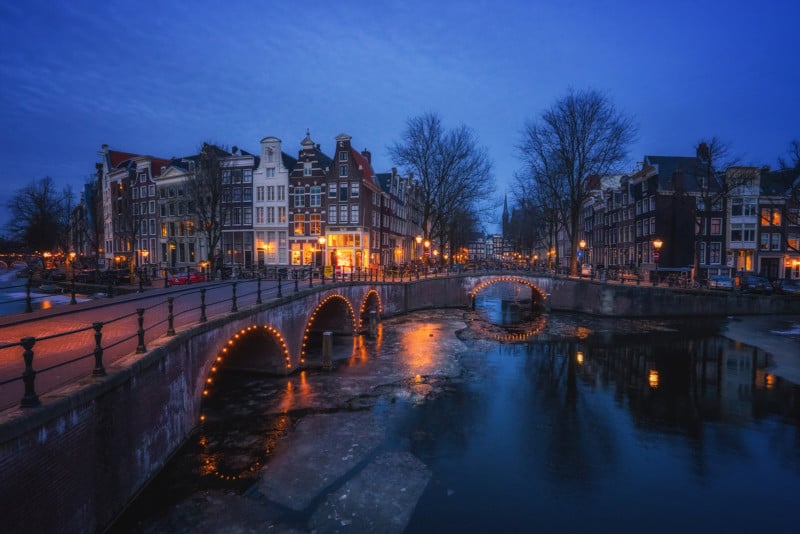 Chunks of ice in the Leidsegracht. The boats are still going here hitting the ice every time. 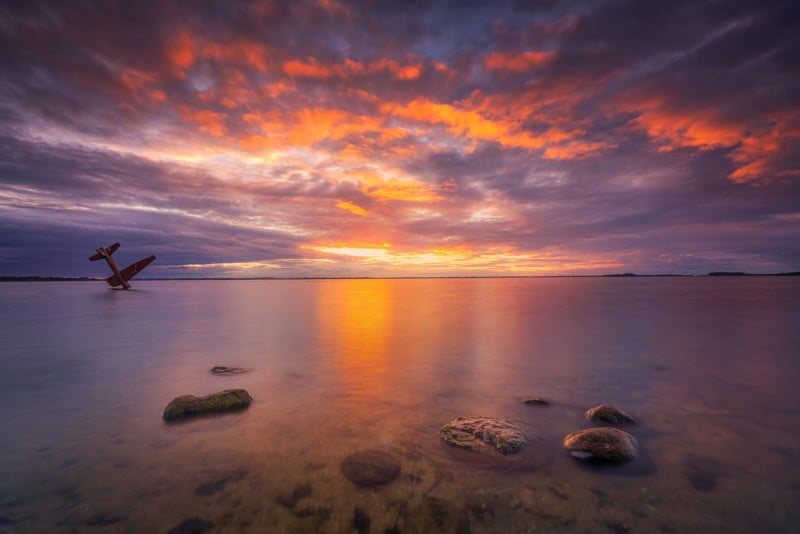 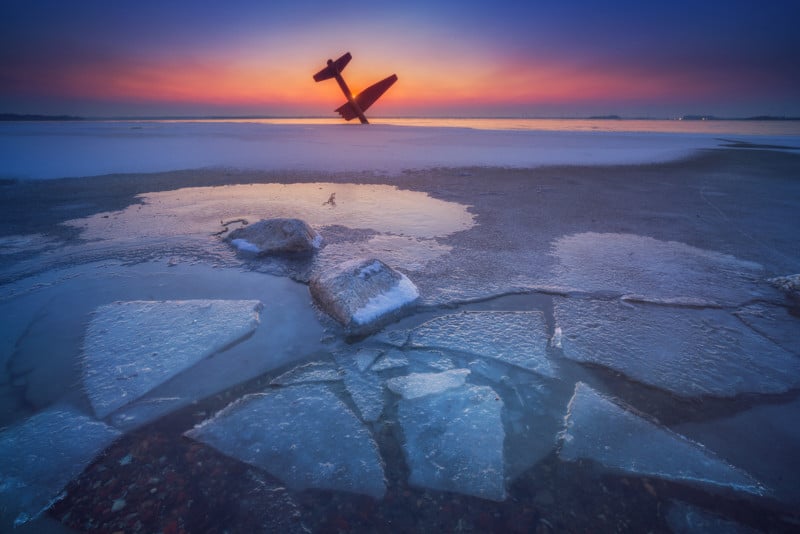 Shards of ice near the coast of Harderwijk. This is not a real crashed plane. It’s a memorial that commemorates the 117 Allied airmen who were killed around Harderwijk in World War II. Many of their aircraft crashed in the IJsselmeer-lake, which was partly frozen last week. 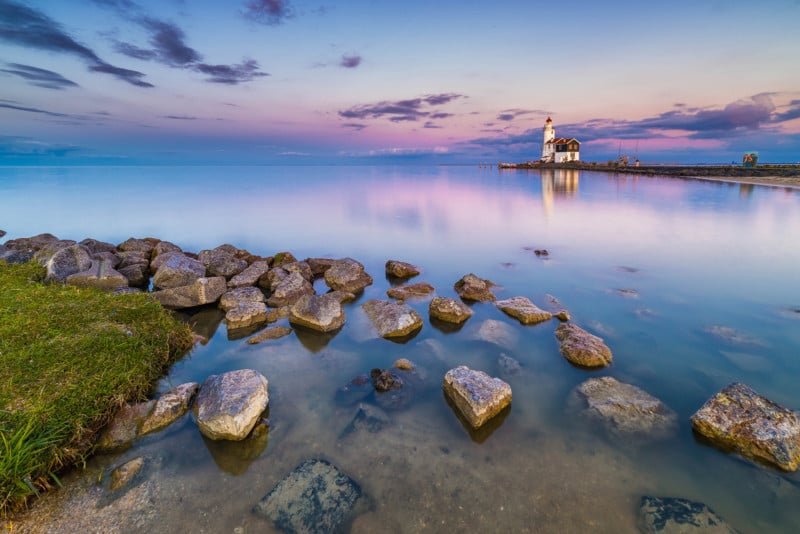 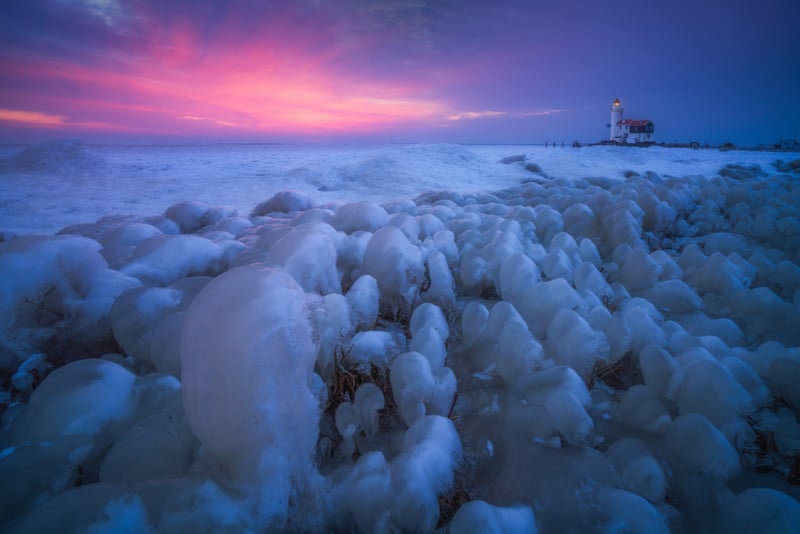 The lighthouse of Marken had some crazy ice formations forming because of the extreme winds and very cold temperatures. 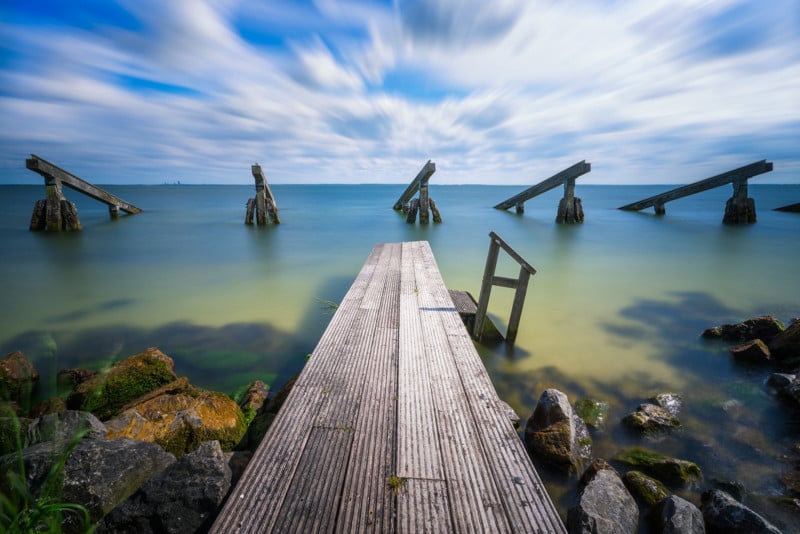 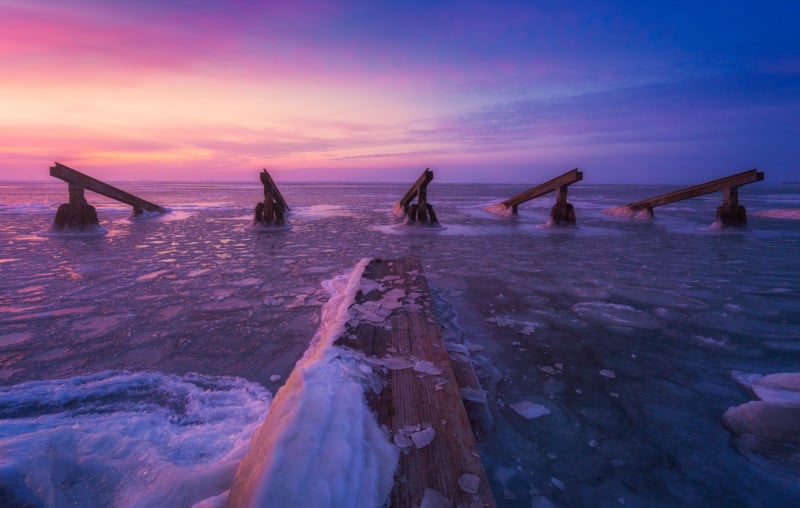 Another iconic location at Marken is the Icebreakers. Icebreakers are to protect the coastline of large water areas against upcoming ice in winter. This pier will soon be completely gone because of the weather. It was extremely unstable when I got there last week and as can be seen on the before/after pictures it’s already missing a few elements. 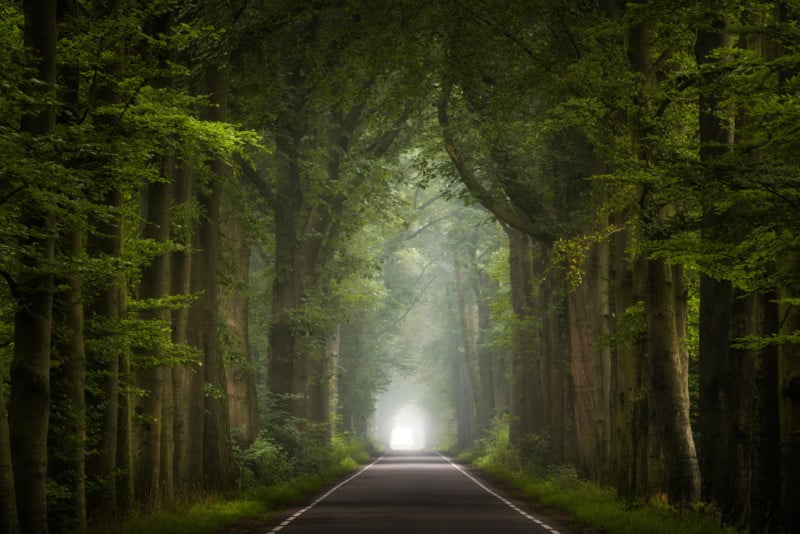 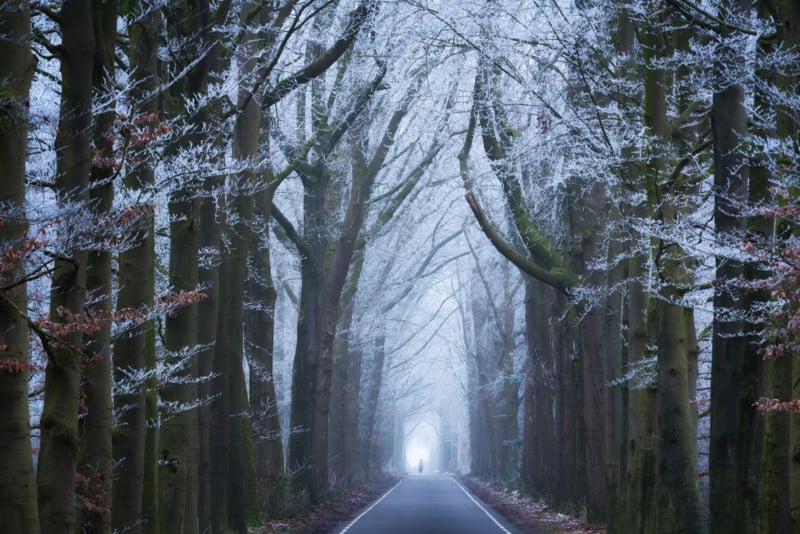 A tree lane near my house with no leaves and frost on the trees. 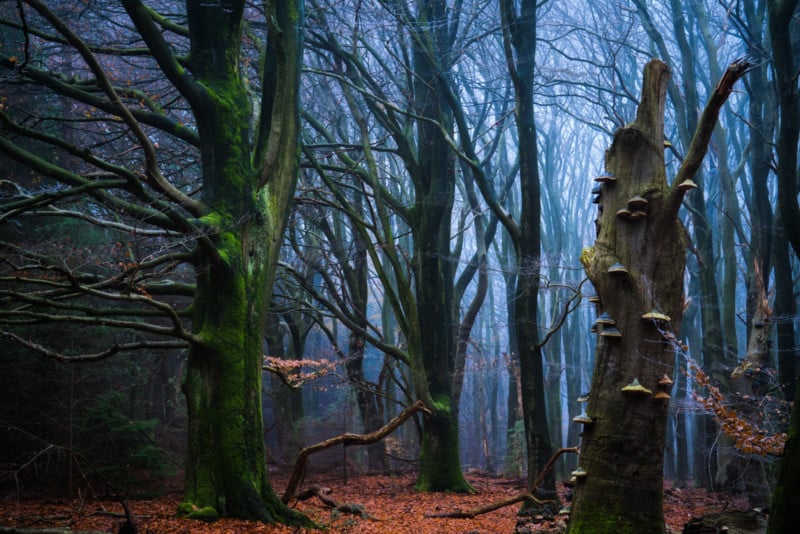 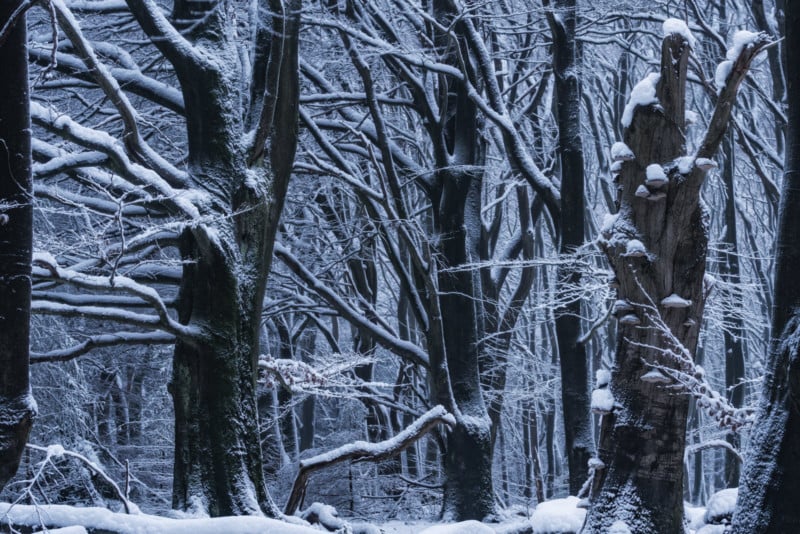 Hope you all enjoyed this new “Dutch” series of pictures. Please also check my other series from my own country: Purple Dream, Forest Wonderland, The Netherlands in 20 pictures.

This Woman Went $10,000 Into Debt Trying to Get Instagram Famous