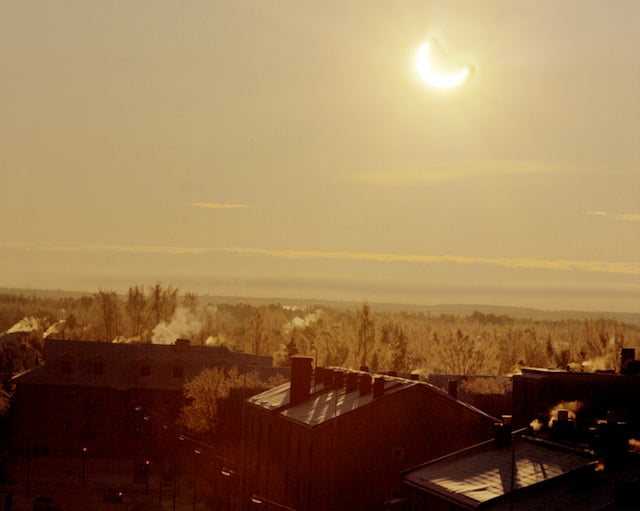 Less than a month after the total lunar eclipse and blood moon made for some spectacular shooting opportunities all across the US and Asia, the cosmos is treating us to another eclipse. This one, the final eclipse of 2014, will be a partial solar eclipse that will be enjoyed by pretty much everybody in the United States.

A partial solar eclipse happens when the moon passes in front of only part of the sun, ‘taking a bite’ out of it and making it look like Pac-Man has returned to seek revenge on the ghosts and eat all your pac-dots.

As usual, NASA does a better job of explaining what’s about to happen than we can, so check out the video below to find out what will happen, when it will happen, and how to best take advantage of this awesome phenomenon:

By all accounts, this is going to be a really great eclipse to end the 2014 eclipse season on, especially if you’re in the central time zone where you’ll get the best sunset show of anybody. Those further northwest, on the other hand, benefit from a more complete eclipse.

This little GIF from NASA shows you exactly the path the shadow will take as the eclipse rolls across the US and parts of Canada:

To find out more about the eclipse, watch the video above. And if you want some inspiration, check out this post to see how leaves will turn into natural pinhole cameras this Thursday.

Halloween Tutorial: How to Carve a Realistic Looking Jack O’ Lantern in Photoshop