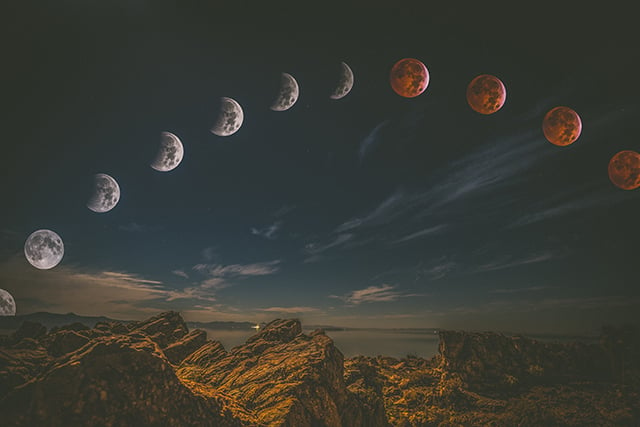 All too often, people ask me to put my camera down and join the party. I get that stink eye on many occasions when I plop myself in the corner of a campsite, drag my cooler within reaching distance, and point my camera towards the night sky. Friends wouldn’t notice at first, but then start to realize that they were missing someone around the fire ring. “Where did Nick go?” I could hear people snarkily asking, like I was off doing something more interesting than they were.

Don’t get me wrong, I love a good laugh around the fire pit but when you’re camping and the sky is screaming at you, it’s time to leave those revolving conversations and break out the camera gear.

I’ll be the first person to tell you that I don’t consider myself a photographer. I consider it my hobby (like model airplanes and collecting pogs). It’s a really expensive hobby, but a hobby it is none the less. I broke into photography a little over two years ago and I can’t let go of this little black box. It just feels so good, all the knobs and dials and beeps; it’s a tech gurus dream. I purchased my first “big boy” camera at Pictureline in Salt Lake City, and I chose the FujiFilm XT1 mostly because it’s water resistant and shockproof; this seemed like a good fit for my lifestyle.

Fast forward to last April during the first of a four blood moon tetrad occurrence; I broke out my Fujifilm XT1 and hauled up Shoreline trail around 11pm. I set up my equipment, the little I had, and began taking shot after shot of that slow progressing lunar eclipse. I wrapped up my shooting field trip around 4am and headed home. I couldn’t wait so I edited until sunrise to produce the “Wasatch Blood Moon”. I was happy with the results and thought I could do better, but that would have to wait another 6 months. 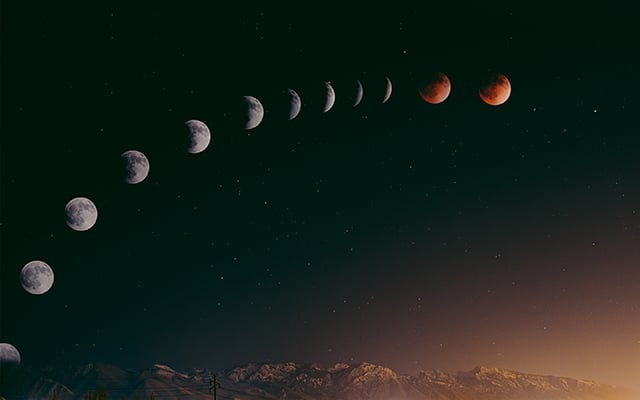 Jump ahead to the image featured at the top: the Blood Moon at Antelope Island. I had been planning on shooting the lunar eclipse for a while; however, what I didn’t realize until the day of is that this eclipse was to begin much later in the night than the previous. I called a few friends to see if they wanted to join me, mostly because I wanted someone to hold my hands while the coyotes chewed my limbs off. It was a hard find, and I found out quickly that none of my friends were singing the same tune. I got a message from a local friend via Facebook asking if I wanted to join him on Antelope Island, which I accepted.

We traveled out to Antelope Island around 9pm during the eclipse night. We drove to the far western area of the Island and broke out our gear. Starting to snap photos, we didn’t care that we had a solid 6 hours before the main event would even take place. I soon realized that the two people I travelled with, Karen and Peter, needed a little beauty sleep before they could point to the sky. While they were sleeping, I decided to move further away from our original spot. I hiked up and over a bluff to get a bird’s eye view of the Great Salt Lake with little obstruction. The view was 360 degrees and amazing.

The eclipse had officially begun around 3:15am, and I started just snapping tons of photographs. Using my 12mm Zeiss Touit 2.8, I set my position looking for some unique rock structures close to my area. I finally found the prime spot where I felt like I was on Mars. Mars you say?! Yeah, Mars; the funny little red planet that our moon will resemble in just a little under an hour. Finding “the spot” was much more difficult than shooting the moon. Framing is so important; and while I’m no expert, I knew this was decent framing.

I finished shooting five or six landscape shots and quickly popped on the XF 55-200mm lens to finish the eclipse. Time passed, shooting the moon as it began to turn rusty orange, slightly changing settings. Fully engulfed in oranges and reds and a hint of white along the rim, I knew it had to be at its peak. I snapped a few dozen more and that’s when my iPhone alarm went off, signaling that the greatest eclipse had began to end around 5:24 am. At this point, it was time to pack it up and go home. I trekked a little less than a mile back down the bluff, and said my goodbyes to my friends who were shooting in another location, I was just too excited to see what I got and to start editing.

That night I began editing, sifting through hundreds of photos. I will describe below how I obtained the final image, but first want to preface that YES I did use Photoshop, and I did use LR, as well as Photomatix Pro. I used three pieces of software to complete this final image; and I have no shame in saying so.

Photography is an art. And in art, the artist has full control of the final artwork. People often say, “The picture doesn’t do it justice…” Well yeah, it doesn’t; mostly because you took it on your smartphone, uploaded it to your favorite social channel, and got one and a half likes on it. Pictures don’t do justice and that’s the truth.

I’m a firm believer that it’s up to the photographer to bring that photo back to life. Bring it back to what you felt when you were there. Bring it back for your audience, so they can feel that same feeling you had while sitting under the sky at 4am, under a totally blood drenched moon. Always remember it is up to you to capture memories that could otherwise be forgotten.

How I created the landscape and foreground image:

About the author: Born and raised in Charlton Massachusetts, Nick attended Assumption College – Class of 2006 – with a BA in Graphic Arts and a minor in Art History. Nick received his diploma and quickly ran off to the wicked wild west. Nick started his journey in Boulder Colorado to soon find himself in Vail, Steamboat, Park City and now currently resides in Salt Lake City. He is currently employed as an Art Director for Welikesmall, a digital agency and maker of things. On the side, Nick shares his love with his amazing girlfriend and his camera.