Casio’s new EXILIM EX-FR10 action camera, first unveiled about a month ago, is a unique device with a modular form-factor that’s sure to turn heads.

The camera itself is comprised of two main components: the sensor/lens and the LCD-equipped controller. These two modular pieces can be used together, or taken apart, the latter of which allows users to remotely view and control the footage being captured with the camera.

The idea behind this interesting form-factor is that it will allow users to more easily control their camera, especially when mounted in less-than-ideal locations. Through a number of the included attachments, the camera body is capable of being mounted almost anywhere you can think of.

The two components connect using low-energy Bluetooth technology, which should minimize the impact on battery life that Wi-Fi-connected action cams suffer from. As you would expect from an action camera, both pieces are dust-proof, splash-proof, and strong enough to survive drops up to six-and-a-half feet. 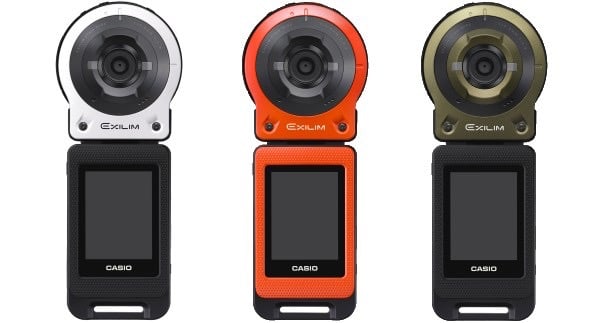 The specs themselves aren’t overly-impressive, but they get the job done. It packs in a 14-megapixel backside illuminated sensor, with a 21mm (35mm equivalent) f/2.8 lens in front of it. The camera is also capable of capturing 1080p footage alongside stills, both of which are stored on MicroSD cards.

The camera comes in three colors: orange, forrest green and white and has a retail price of approximately $480.

How to Properly Hang Photos On Any Type of Wall