We’ve shared some interesting cameras in the past, but Blocks Camera’s new creation has to be one of the most unusual form factors we’ve ever laid eyes on.

The camera is called the Blocks+, and its modular design lets you to swap in-and-out components, called ‘blocks,’ to allow for an almost endless array of photographic and video options — from 3D to 360º photography. 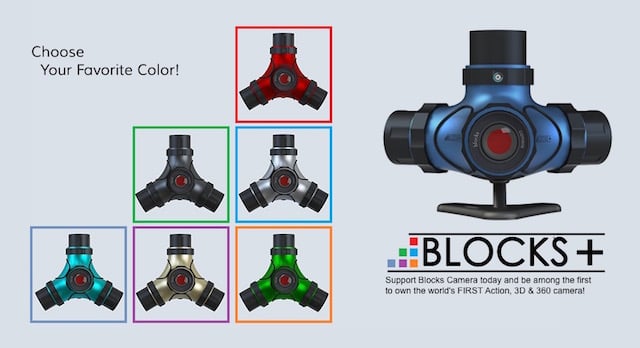 In every other respect, the two models are identical, offering three different shooting modes (3D, 360º and action cam), GPS, WiFi connectivity, gyroscope stabilization, 3D stereo microphone and an internal battery, which can be supplemented by adding a battery block in one of its four modular attachment points. 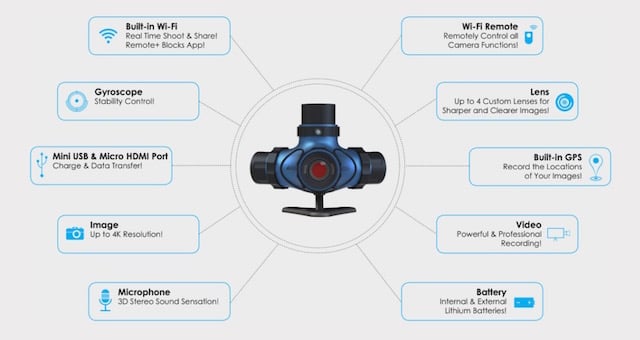 Additionally, there is a Blocks app, that will allow you to remotely control your camera from any iOS or Android phone or tablet. And included in that app are a number of dedicated widgets that let you to edit and share your videos and photos on the go. The one major caveat of the Blocks+ and +H is that neither is a reality just yet. If you’d like to get your hands on one, you’ll have to help support the campaign on Kickstarter, where the company has accrued about 5% of its hefty $200K goal with 40 days left.

The Blocks+ model is available for a $350 pledge, while a Blocks+ H model will set you back $450. Additional pledges can be made for additional components, such as the 3D extension arms and a remote control.

To find out more about the Blocks modular camera system or put down your pledge and help make sure it becomes a reality, head on over to the Kickstarter by clicking here.

Infrared Sports Photographer Walks You Through His IR Photography Workflow