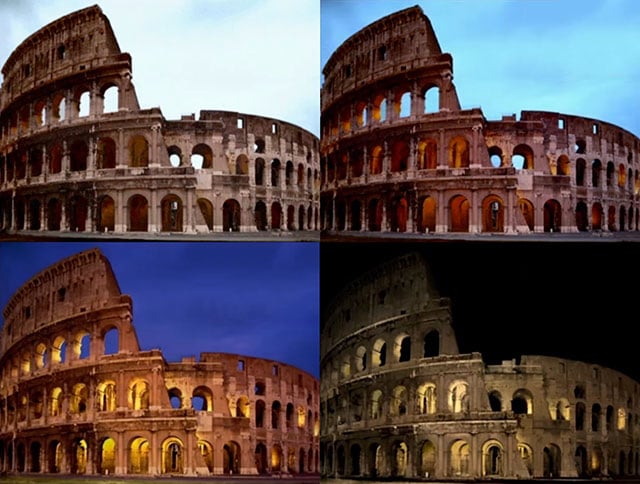 At the Adobe MAX 2014 conference this past week, Adobe showed off some of the crazy technology current brewing in the company’s labs. Two of them offer a glimpse at what may soon be available to photographers in Photoshop: changing the time of day (i.e. lighting) in photographs with a simple slider and removing haze from a scene automatically.

Natural lighting can very dramatically over just minutes at certain times of the day. Photographers who don’t land the right shots during golden hour can quickly find that the perfect moment has passed.

Adobe wants to make it easy to recreate any lighting from any time of day whenever you want it.

To create this feature, Adobe’s team collected over 400 timelapse videos from the Internet so that the algorithm could learn how colors in the world change over the course of a day.

Then, when this feature is run on a photograph, the algorithm finds a timelapse frame that matches the subject photo closely enough to be useful. It can then see how colors changed in the original timelapse, and edit the new photo in the same way to create the same lighting.

Starting with this sample photograph… …the algorithm produced this one showing what the lighting would look like later in the evening: A second feature is one that kills (or adds) haze in photographs automatically, doing much more than increasing contrast or adjusting curves.

Here’s one of the sample shots they used in the demo, showing the Grand Canyon with quite a bit of haziness in the scene: 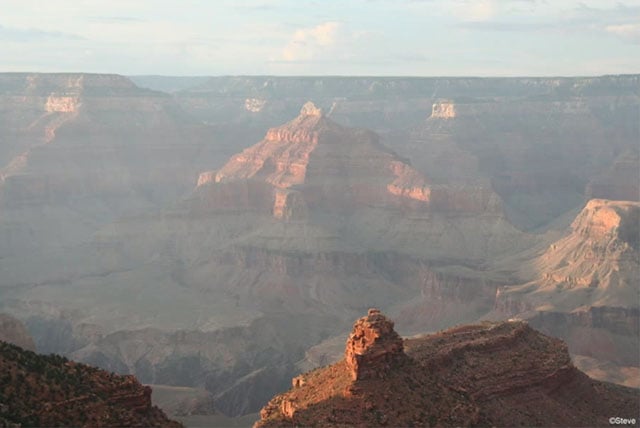 With one click of the button, the Dehaze feature produces this result: Here’s the full demo video showing this example a few other ones as well (including non-foggy scenes and underwater murkiness):

As with other in-development features that have been demoed at Adobe MAX, there’s no guarantee we’ll be seeing these features appear anytime soon. However, we’re guessing that they’ll be appearing in an upcoming version of Photoshop sooner rather than later.

ISS Astronauts Take the Nikon D2Xs on a Spacewalk, Snap Some Selfies Along the Way