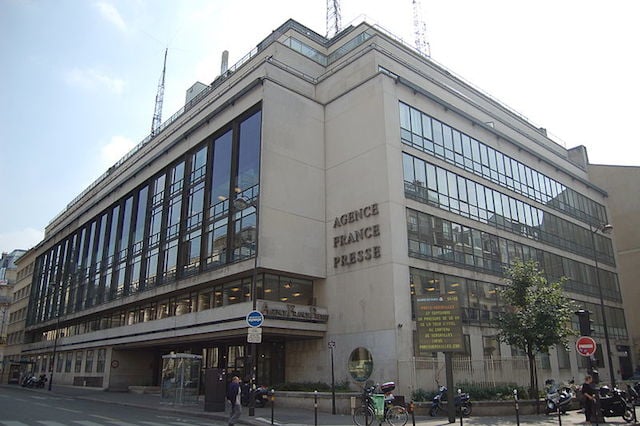 Freelance photojournalists traveling to rebel-held areas in Syria and putting themselves in serious danger of being kidnapped and/or killed will no longer be able to have their work published by Agence France Presse (AFP).

This policy was clarified this week in a blog post on the agencies website, where they also outlined their entire policy regarding the so-called “IS jihadists” and the grizzly propaganda they frequently release. The main takeaway from photojournalists, however, is that nobody should be putting themselves in unwarranted danger.

Journalists are no longer welcome in rebel-held Syria, as independent witnesses to the suffering of local populations. They have become targets, or commodities to be traded for ransom.

That is also why we no longer accept work from freelance journalists who travel to places where we ourselves would not venture. It is a strong decision, and one that may not have been made clear enough, so I will repeat it here: if someone travels to Syria and offers us images or information when they return, we will not use it.

AFP also clarifies its policies regarding its own staff photojournalists, and announces the impending publication of a blog dedicated to keeping journalists safe by sharing updated safety information with other agencies.

Sharing information with other media is vital. When journalists’ safety is at stake, competition no longer applies. AFP will shortly be launching a blog on journalist security in war zones, accessible to our clients and fellow reporters. We will use it to flag up places where we run into trouble, if a journalist gets arrested, threatened or shot at. The idea is to share safety tips with as wide an audience as possible, to reflect on what may have gone wrong, whether we took one risk too many, and how to avoid such pitfalls in future.

It’s a strong stance, one that AFP hopes will keep both staff and freelance journalists as safe as possible, whether they are reporting in Syria or one of the other war zones currently roiling with conflict.