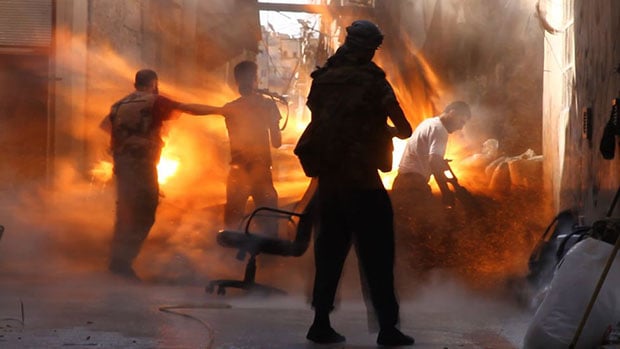 Freelance photojournalist Tracey Shelton captured the striking image above showing the instant a tank shell exploded in a Syrian rebel outpost earlier this week. She was filming the group of four rebels using her Canon 7D and 28mm, and had just set her camera on a tripod before the explosion occurred. The blast claimed three casualties, while one of the four men, the rebel standing directly in front of Shelton, escaped with minor injuries. Afterward, Shelton selected a number of stills from the 30fps footage and published them to Global Post (the news company she’s freelancing for), along with a vivid account of what had taken place.

Needless to say, the images elicited a strong reaction from the Internet community, with people calling them stunning, heartbreaking, and the most powerful war photographs they had ever seen. Check out the article on the Global Post for the full sequence of images.

Thanks for sending in the tip, Jim

Decorate Your Wall With Pictures Using a DIY Photo Ledge