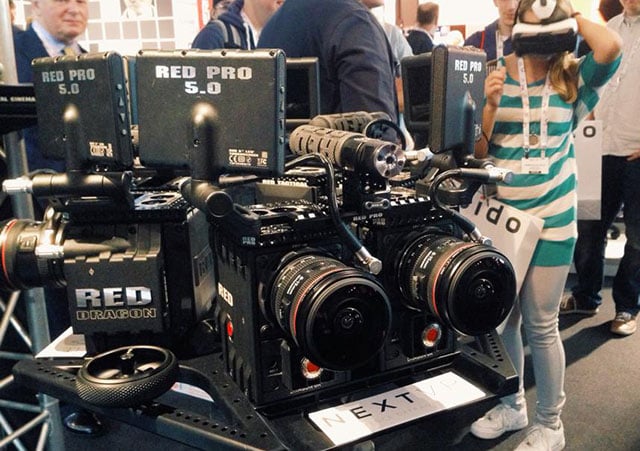 Check out this beast of a camera rig. It’s a camera system that captures footage in 360 degrees for virtual reality playback. Its cost? More than $200,000.

The company behind the rig, NextVR, is a pioneer in capturing high-definition immersive footage for virtual reality experiences (e.g. beaming live, immersive content over the Web for people with headsets).

Officially launching at the IBC 2014 conference and expo, the rig is found in a company booth alongside some virtual reality demos of things NextVR has shot.

The kit above is what is being exhibited at the show, and the photo above was shared through the company’s Facebook page. It comprises some pretty pricey gear: six EPIC-M RED Dragon cameras worth $29,000 each, six Canon 8-15mm f/4L fisheye lenses worth $1,350 each, six RED LCD displays worth $1,600 each, and a handful of other items (not to mention the underlying rig itself). Add that up, you’re looking at over $200K in equipment.

Here’s what the rig looks like without the Canon lenses, as shared by RED’s Jarred Land over on RED’s forums: 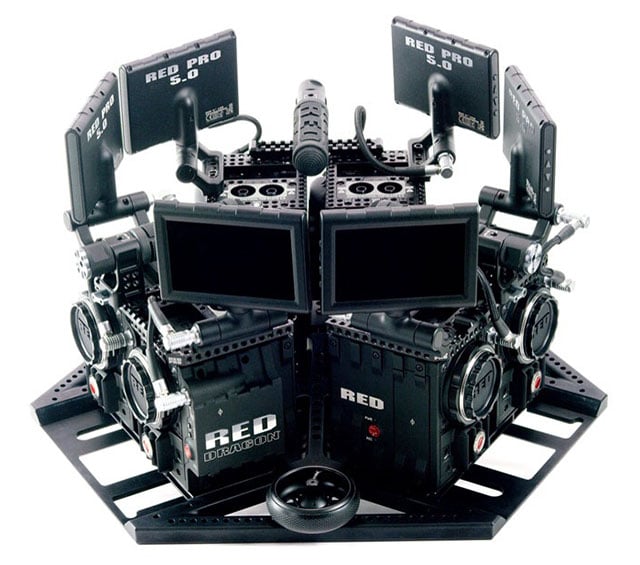 You’ll notice that there aren’t any cameras pointed upwards or downwards, but that’s probably mostly (or fully) compensated by the fisheye lenses used with the rig.