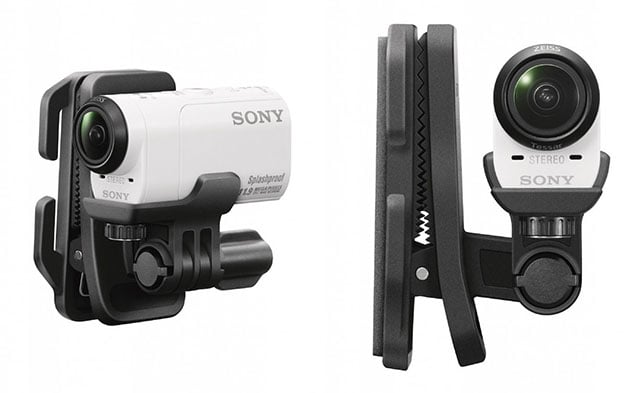 GoPro may rule the roost in the action cam market, but they aren’t the only ones with their hand in the basket. Sony makes a lineup of action cams as well, and today they’ve announced their latest adventure seekers camera, the Sony Action Cam Mini: a fun-sized version of the AS100v that packs just as much power into just two-thirds the size.

To shrink the evolving lineup of Sony action cams, the company scaled down a few features while adding in a few more.

In the cons column, the battery of the Sony Action Cam Mini has been made smaller, which obviously cuts the operation time, but not by much. In the pros column, the new device is now splash-proof, with full waterproof capabilities available once you put it inside the included case.

Also included in the announcement of the new product is the addition of a new live-view wrist-band remote, which will give you complete control of up to 5 cameras when out and about. Naturally, the wearable remote is also waterproof itself, and as a bonus, it offers pushed geolocation to the cameras using a built-in GPS unit.

Both products are set to go on sale October 19th. The action cam alone will set you back $250, while a bundle with the action cam and live-view remote will cost you $350.