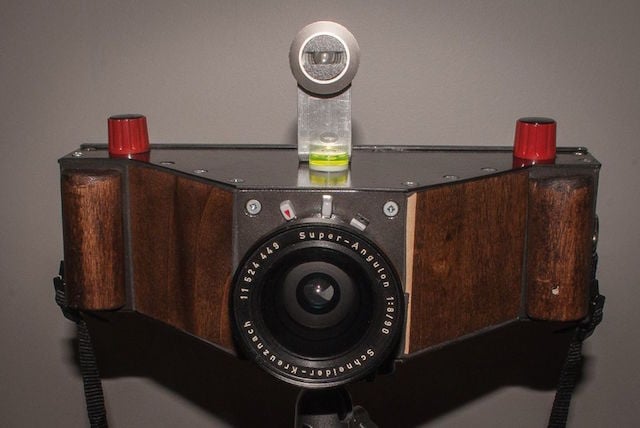 We’ve shared some pretty awesome DIY cameras with you in the past, and today we’ve run across one of the most impressive to date.

A 6×17 panorama film camera, it was hand-built out of wood and 18-gauge steel by Instructables user mattthegamer463. And you’re welcome to build one yourself or just stare wide-eyed at his.

This panoramic beast captures a whopping 100º field of view, which equates to just shy of a 3:1 image ratio. As a result, the 120 film it uses only captures four photographs per roll.

According to Matt, “the basis of this camera is pretty simple; [it’s] a light-proof box that holds the lens the correct distance from the film, and [contains] a simple film transport system.” Simple isn’t synonymous with easy, though – at least not when it comes to building one yourself.

To keep the process as simple as possible, Matt decided to use a Schneider Super-Angulon 90mm f/8 lens as the centerpiece for the camera. The reason for doing so is, in the case of this lens (and most large format lenses), the aperture and shutter mechanisms are self-contained within the design of the lens — no need to design and build a complicated focal plane shutter. 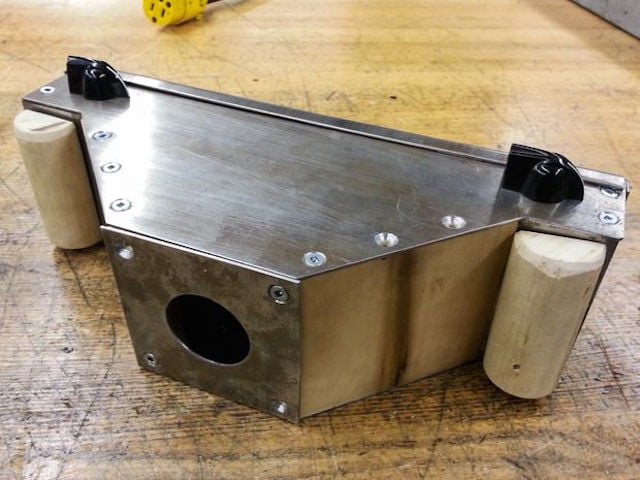 With shutter and aperture figured out, it was up to Matt to properly build a housing that held the film the correct distance from the lens, while also allowing rolls of 120 film to be properly wound and unwound. As simple as it may sound in theory, putting it into practice is a different story.

As the ridiculous amount of blueprints found on his full Instructables tutorial can attest to, the process of cutting and piecing together the camera wasn’t a task for the impatient.

And even after all of the planning he had put into the creation of this camera, it still wasn’t perfect. 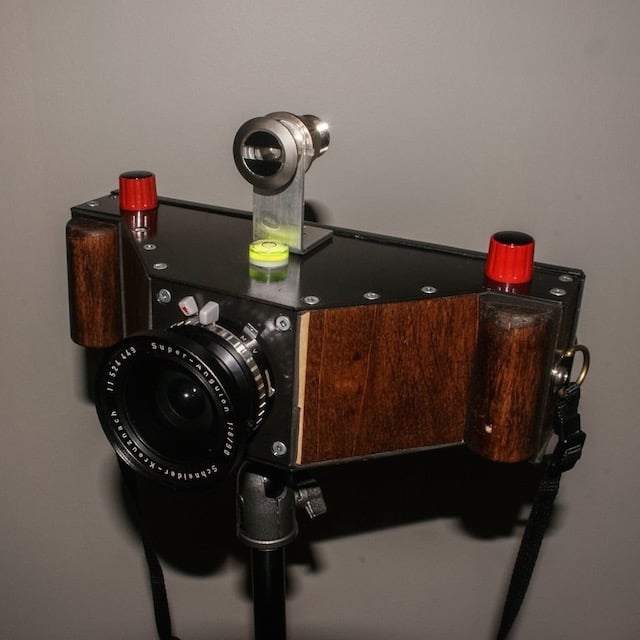 “The first roll I shot was pretty bad. There were a lot of light leaks and reflections inside the camera, so the negatives came out almost black,” he said, “[But] after adding some more foam to the camera to properly seal it from external light, as well as light getting into the film spool areas, the results were much better.”

And those results, as we like to say, speak for themselves:

If you’d like to get into the intricate details of the build process — or you’re brave enough to make one yourself — head on over to Matt’s Instructables post by clicking on the link below, and then drop us a link in the comments once you’ve taken your completed camera out for a spin!

Capturing a Handshake at 33,000ft for Red Bull