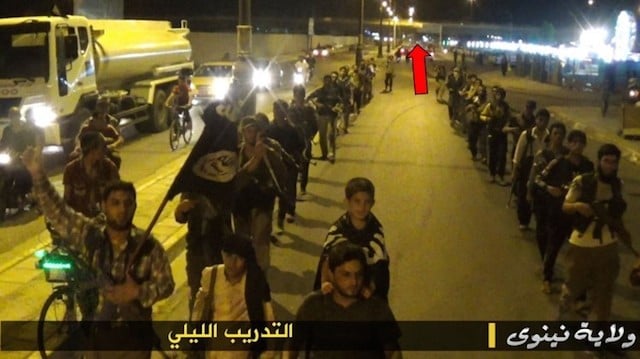 Using photographs released by the militant group ISIS (The Islamic State of Iraq and Syria) and satellite imagery openly available to everybody, a group of crowd-funded citizen journalists believe they have pinned down the location of an ISIS training camp.

The group is Bellingcat, whose founder Eliot Higgins made a name for himself by proving chemical weapons were being using in Syria using only images and videos available online, made the discovery a couple of days ago and have posted a detailed explanation of their process here. 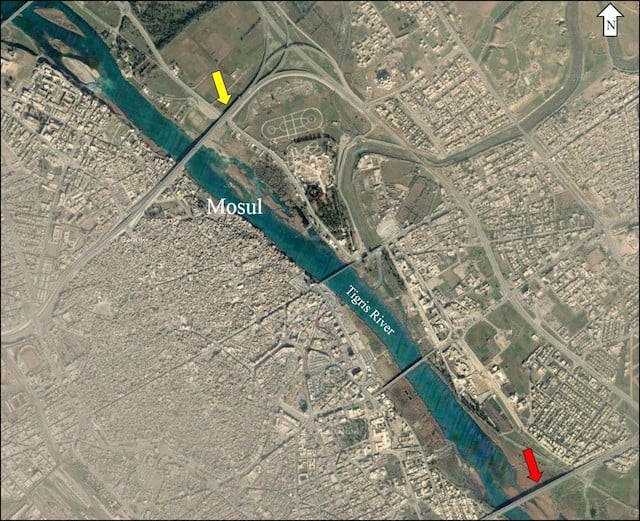 Basically, using video and photos of an ISIS ‘graduation’ and martial arts lessons coupled with satellite imagery from Google Earth and Flash Earth, as well as geolocation data from Panoramio, were able to pinpoint what they believe is the exact location of this training camp in Mosul, Iraq based on bridges and other landmarks pictured.

“In the entire area there’s only one possible location that matches,” writes Higgins, “on the north side of the [Tigris] river, with the camera pointing south.”

This is a big find for the group, which raised some £51,000 (~$85,000 USD) earlier this month to pursue this particular brand of citizen journalism.

According to The Telegraph, they are currently using the same methodology applied here to try and pinpoint the location of photojournalist James Foley’s murder.

Capturing a Handshake at 33,000ft for Red Bull