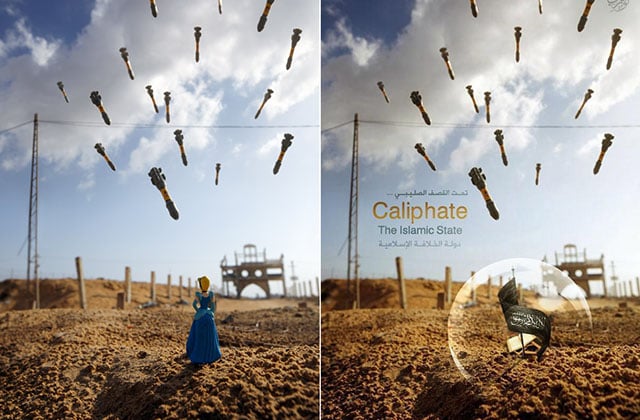 The Internet is teeming with copyright infringement these days, and there are various ways for photographers to get stolen photos taken down and paid for by the offenders. But what happens when the offender is a UN-designated terrorist organization?

That’s a real situation that photographer Brian McCarty found himself with earlier this year. Known for his photos involving children’s toys, McCarty found that ISIS had stolen and repurposed one of his toy photos for their propaganda.


Since 2012, McCarty has been working on a project called “WAR-TOYS.” After hearing children’s firsthand accounts of war in conflict zones, McCarty turns those experiences into photographs staged with locally found toys.

In 2012, at a UNRWA school in Gaza City, McCarty came across a drawing by a young girl who had an intense fear of being killed by a missile strike. 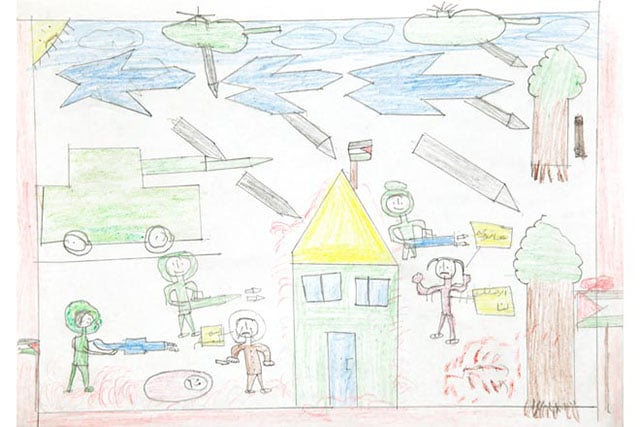 McCarty recreated the illustration with toys found within Gaza while actually missile strikes could be heard nearby in the buildup to “Operation Pillar of Defense“: 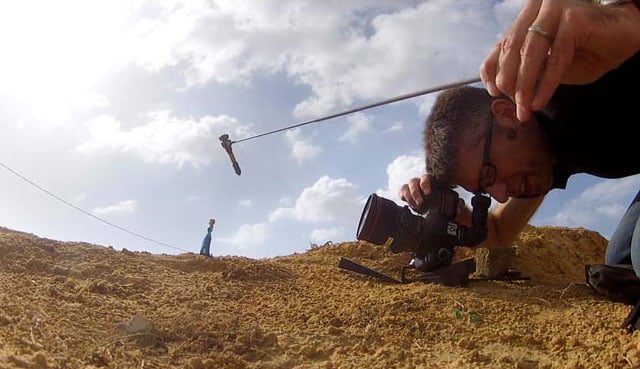 Here’s the photo that resulted, created with toy missiles and a Cinderella figurine: 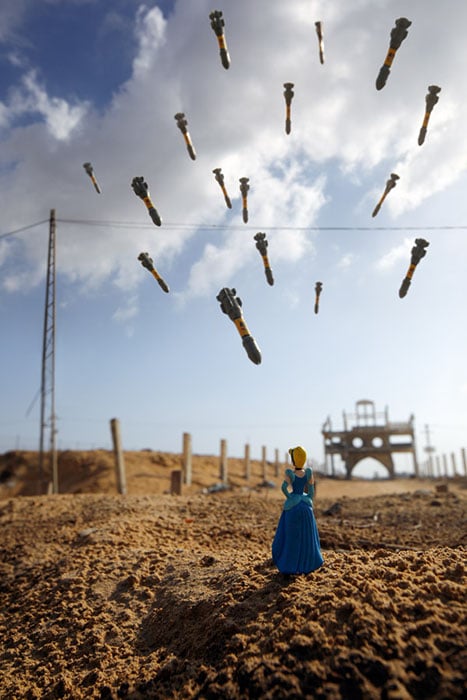 The work was widely published online by countless media outlets, and somewhere along the way, it came to the attention of ISIS. McCarty discovered the infringement earlier this year after being invited to the beta test of Pixsy, a service that helps you hunt for and combat photo theft.

“It was appropriated and altered,” McCarty tells PetaPixel. “Most obviously, the bootleg Cinderella toy was replaced by religious iconography, shielded by a bubble.” This photo was being shared online with the caption “Crusaders under bombardment”:

“Granted, working on WAR-TOYS has led to more than a few surreal experiences, but this was a new level. It felt like a kick in the gut to see my intentions for the project so horribly twisted. An image about an innocent child’s very real fear of war had been turned into something promoting that very thing, or at least an ideology with war and the killing of innocents as central tenants.”

While McCarty has successfully pursued infringers of this work in the past, there’s not as much he can do when it’s ISIS stealing his photo. Pixsy sent DMCA takedown requests on Brian’s behalf that successfully got the image removed from sites such as Twitter and Blogspot, but that’s about it — you can’t exactly hand an invoice or lawsuit to ISIS.

“With clear harm done to the photographer and a potential net worth of over $2 billion, the thugs at ISIS certainly have the means to compensate the photographer,” writes Pixsy in an article about this case. “As egregious as the infringement is, however, neither PIXSY nor the photographer can accept money from a terrorist group.”

“…photo theft isn’t quite at the top of the list of ISIS crimes. Any legal action taken would be symbolic in nature.”

“As wrong as it feels to see the work used in this way, I can’t help but smile a little at whomever made the alternations,” McCarty tells PetaPixel. “By replacing a toy, he or she has inadvertently equated the beliefs of ISIS to a plaything.”

“If it weren’t tied to so much death and destruction, I’d be laughing.”