Musicians go hard. And while every artist and band puts it all out on stage for the world to see, the Vans Warped Tour in particular often features a lineup of bands whose members truly give it their all, for as long as three months, day after day.

In an effort to document just how exhausting just one of these performances can be, live performance photographer, Brandon Andersen, decided to do something a little different than usual and capture a collection of before-and-after performance images of musicians whose bands were in this year’s Vans Warped Tour lineup.

The concept was fairly straightforward. Snap a photo before the musician went on stage, then snap a photo as they left the stage. Equally as simple was the setup. Andersen used a backdrop attached to a fence, his 5DMIII and the ever-sharp 24–70mm f/2.8 L II.

The resulting images are as humorous at times as they are interesting, showing the amount of sweat, wear and tear just one of what is usually a couple dozen performances can take on an artist.

Below are a number of shots Andersen was kind enough to share with us. 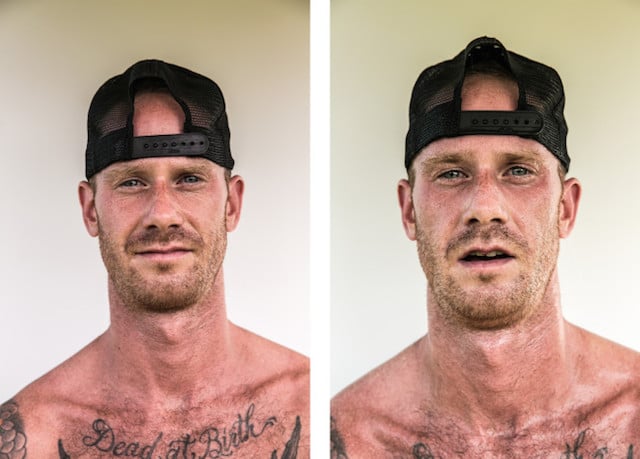 Image credits: Photographs by Brandon Andersen and used with permission

Video: Zack Arias Walks Through a Photo Shoot From Beginning to End

Ultra-Rare Canon EF 1200mm for Sale in the UK for $165K, Muscles Needed to Lift It Not Included