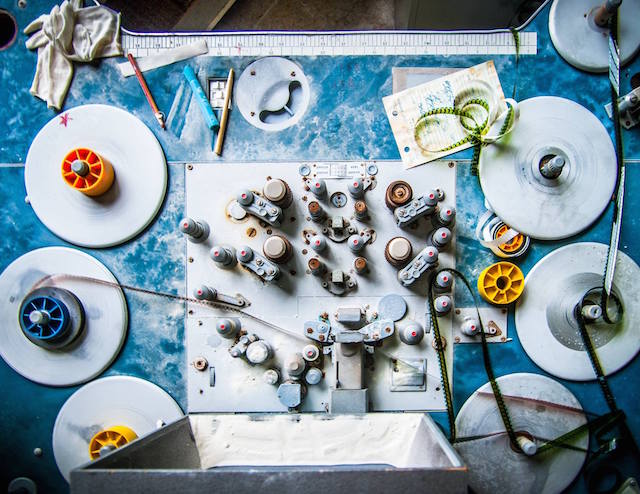 Johnny Joo is a name you might recognize. Not too long ago we featured a series of images Joo captured at a ‘train graveyard’ hidden in the forests of North Carolina. This time, we’re back with some more recent urbex work of his that takes us into the ruins of an abandoned film school that was chock full of items that are doubly interesting to us as photographers.

Joo had no idea what he was about to find when he entered this building. As he walked through the maze of hallways, he found that each door he encountered lead him a new surprise, but it wasn’t until a few rooms in that Joo realized just what this building used to be. 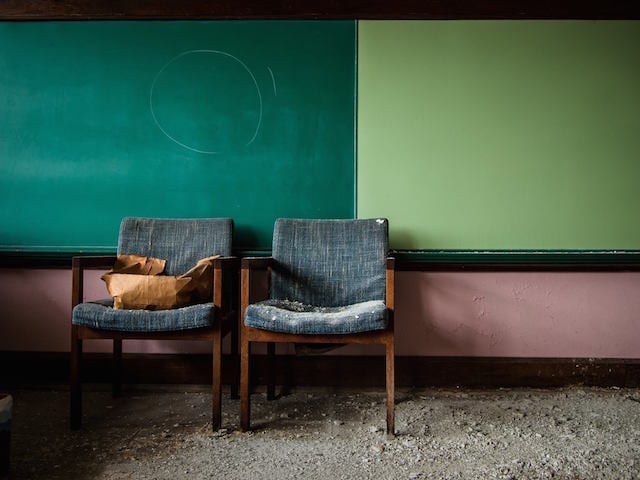 Hanging from the collapsing ceiling in one of the rooms was a piece of paper. It read, “Welcome to your set from the art dept. Good luck and enjoy yourself!” Figuring then that he was inside a set room that might’ve once been used for a theatre class, a collection of boxes that sitting just outside of the room brought the whole picture together.

Familiar names greeted him from within the boxes; Kodak, Olympus, Fuji and more adorned the equipment hidden away in this abandoned building. It was then that he realized he had hit the ‘jackpot’ for an Urbex photographer: he had found a film school. 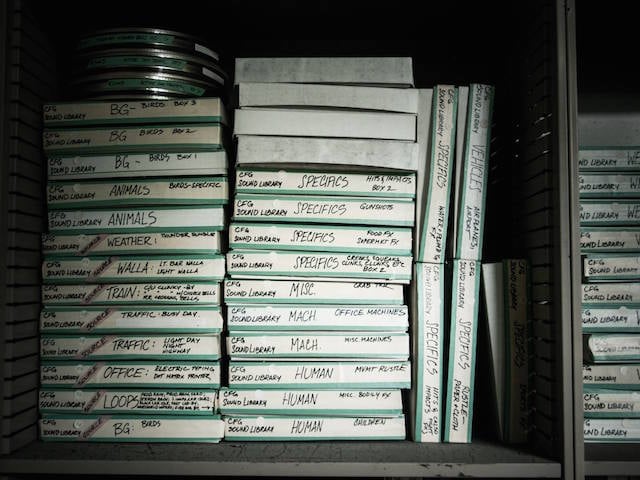 Each new room he entered held more equipment, a better find than Joo could’ve hoped for. Old film reels, projectors, theatre seating, stages and the like covered every inch of the crumbling tiles and floorboards.

Below we’ve included some of our favorite photos from his journey inside the school for your viewing pleasure. After you look at them, be sure to head on over to Architectural Afterlife and read Joo’s entire account of the trip. 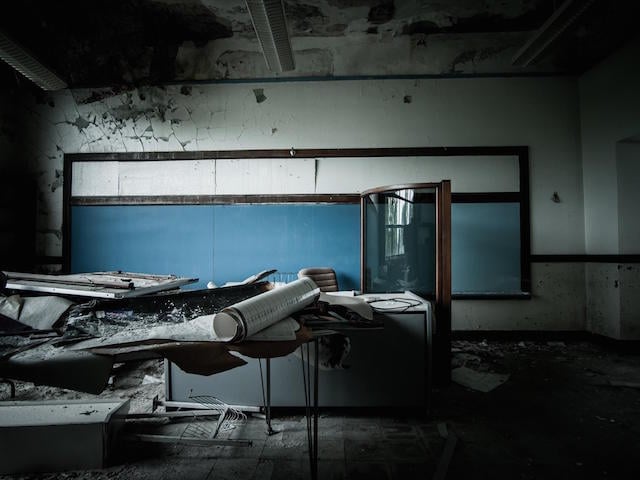 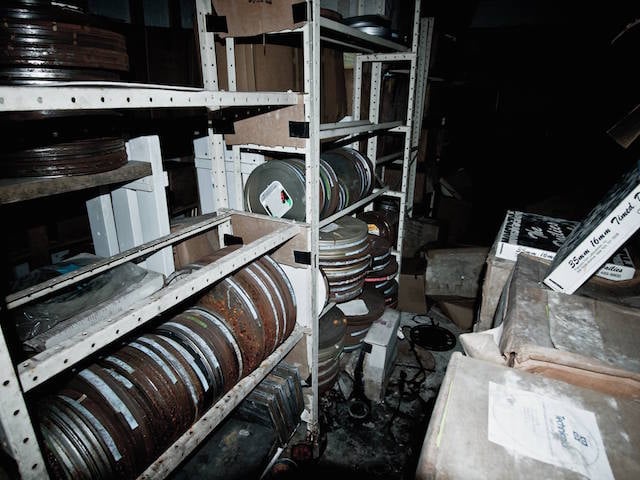 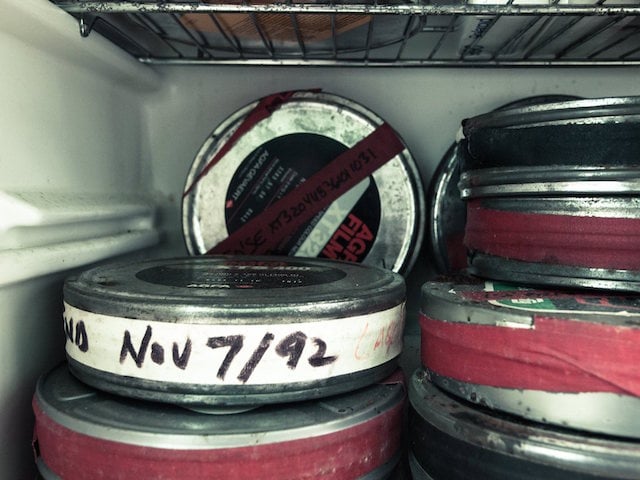 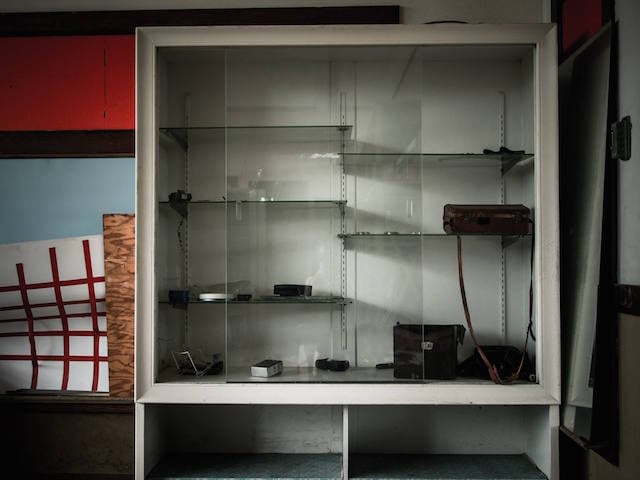 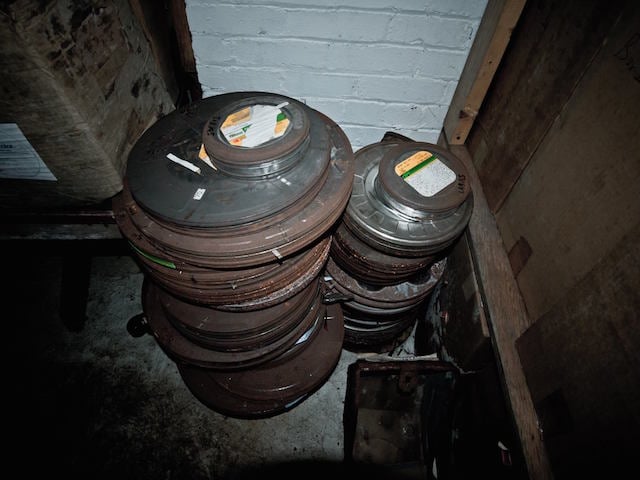 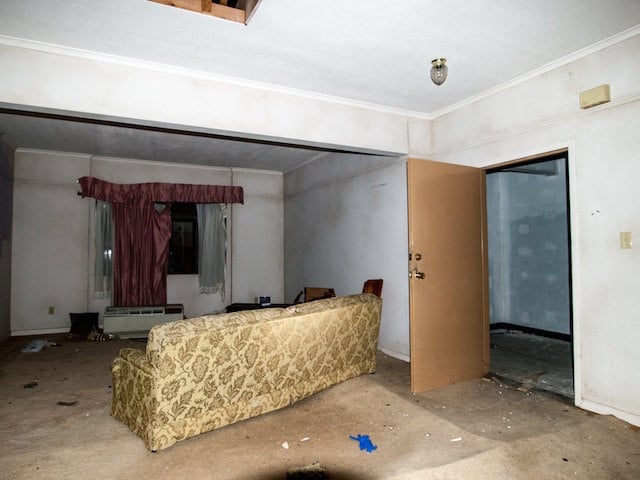 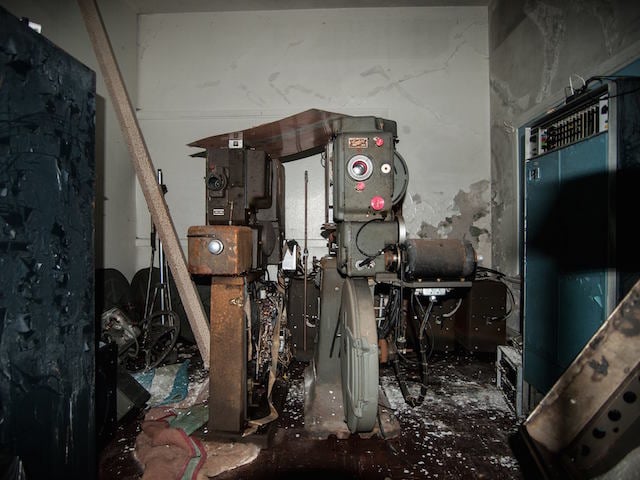 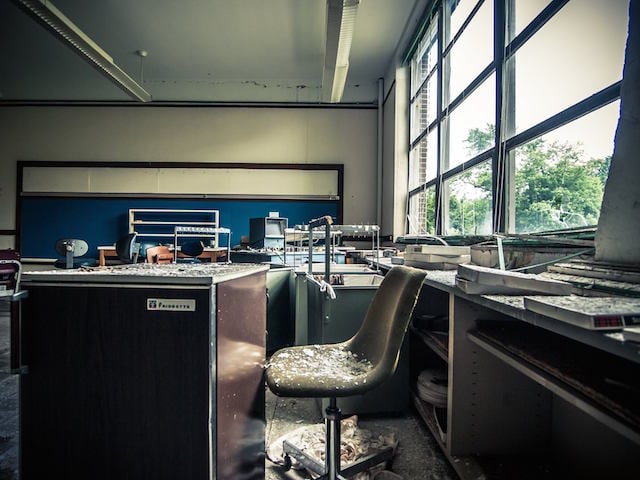 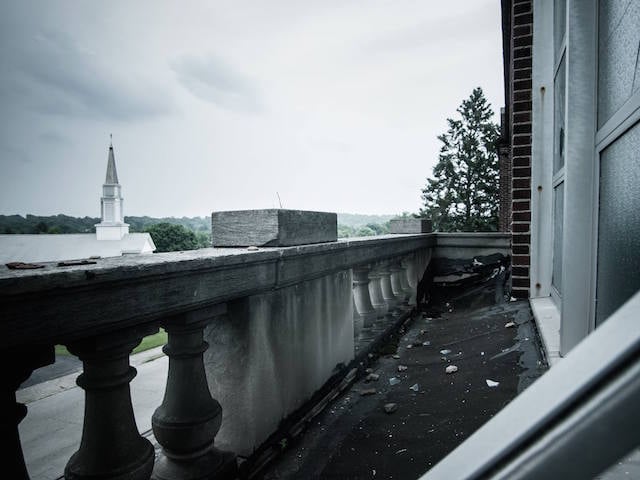 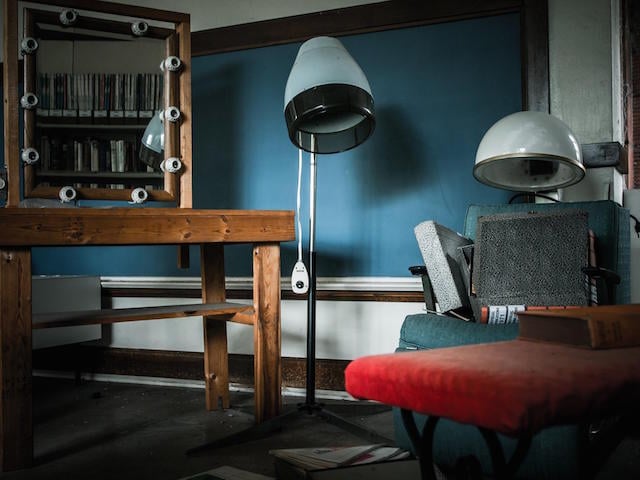 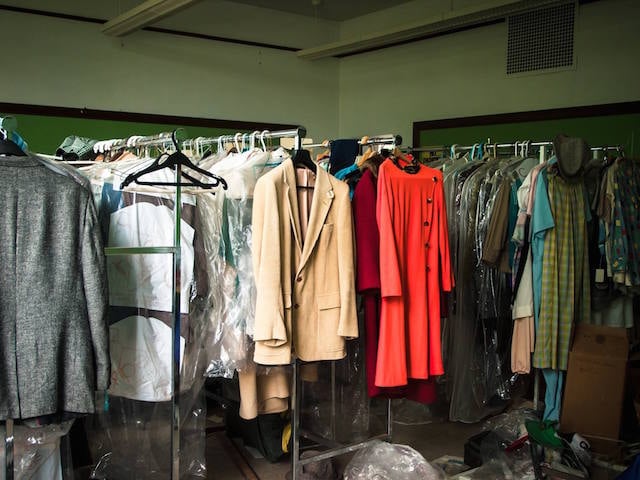 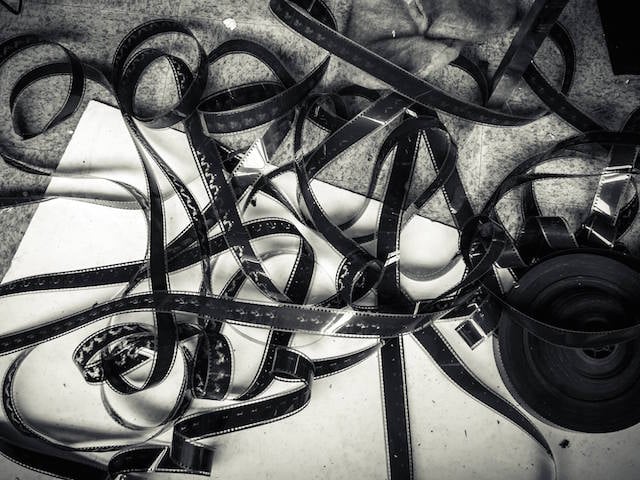 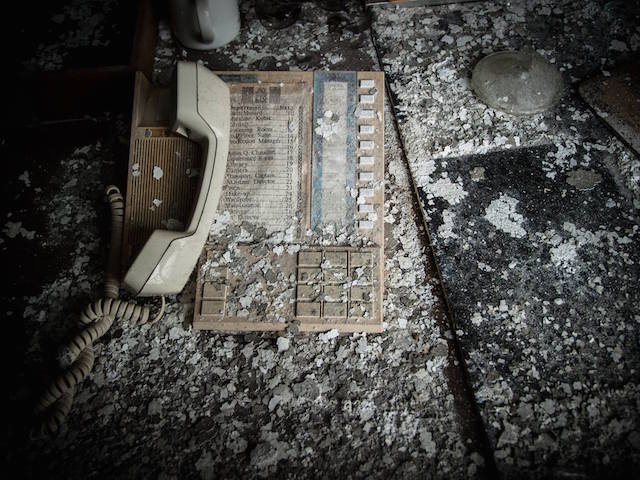 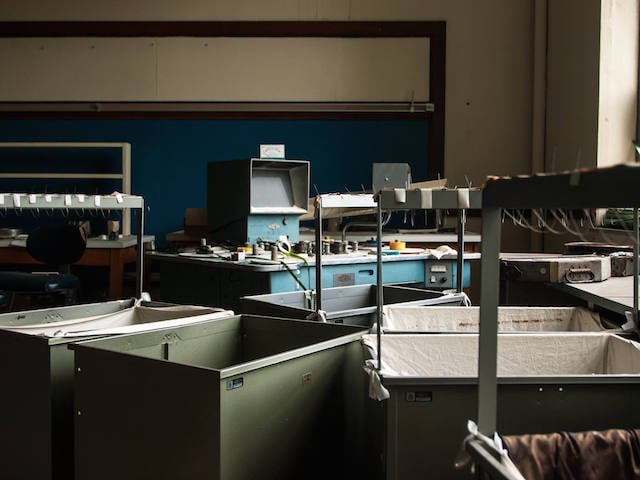 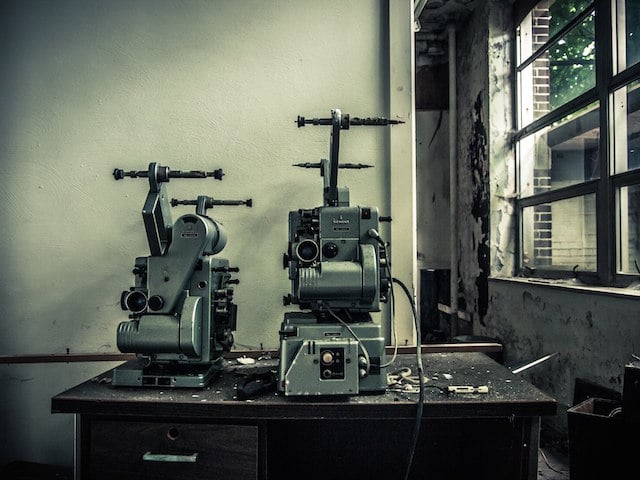 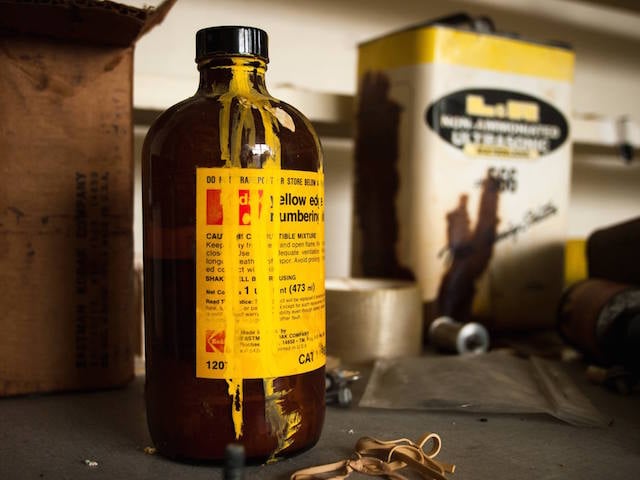 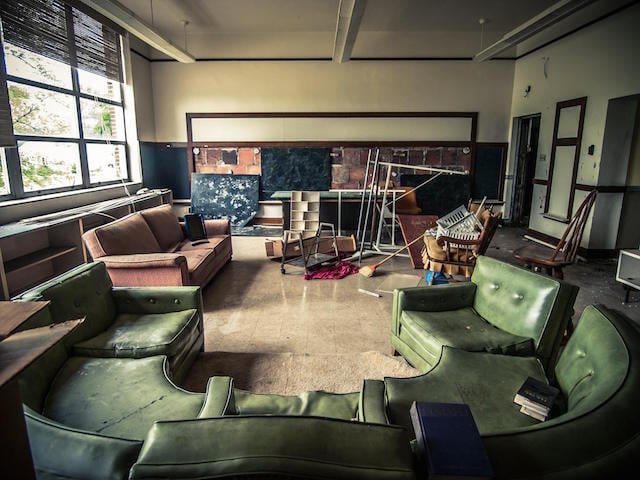 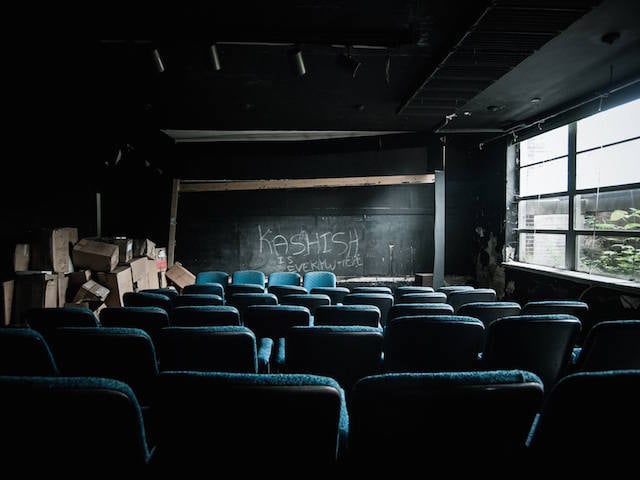 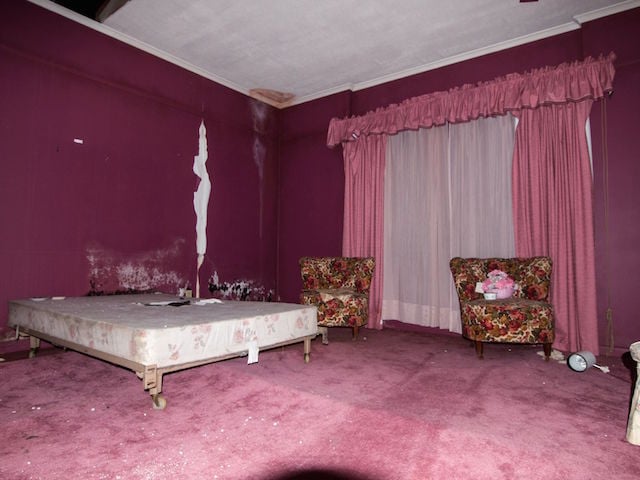 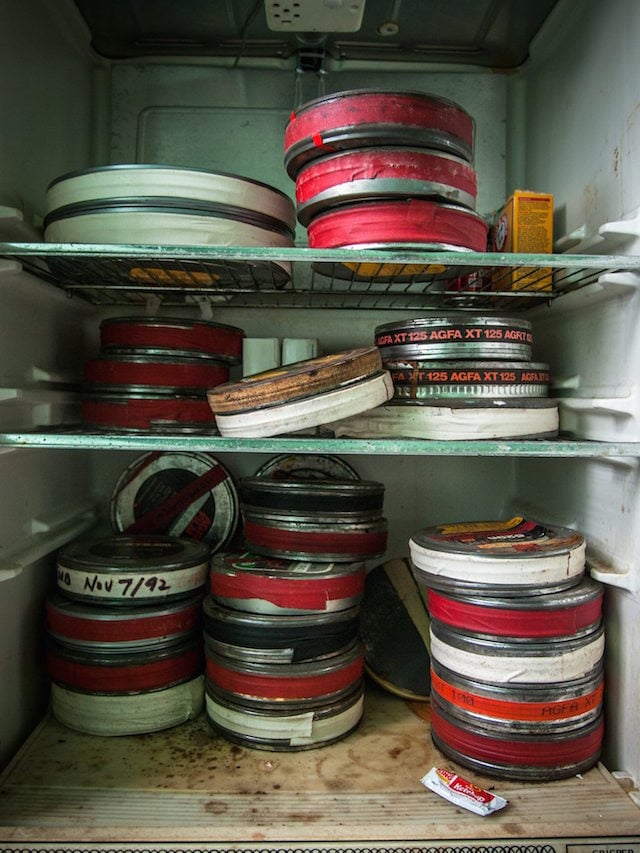 Image credits: Photographs by Johnny Joo and used with permission