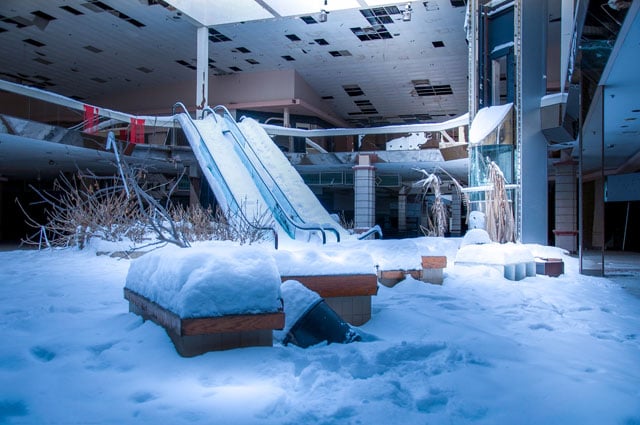 Last year, photographer Seph Lawless published a project called “Black Friday” showing abandoned malls across the US — widely-published photos that documented the victims of the recession and the online shopping revolution.

Lawless recently revisited one of the malls and found that it had become filled with snow. The broken roofs and skylights had turned the indoor mall into a winter wonderland. 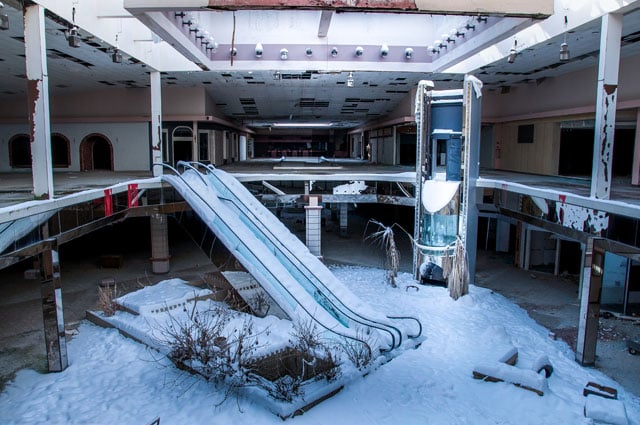 The fact that the elements had invaded this once-popular indoor space made the experience surreal. “It was eerily quiet and beautiful as if the world had ended,” Lawless tells us. The mall was the Rolling Acres Mall in Akron, Ohio.

“The snow began to fall through the broken skylights and as I looked up snow flakes gently fell upon my face. It was then I realized I was inside a gigantic make believe snow globe,” he says. “I prefer absurdity over reason, because it’s more honest.” 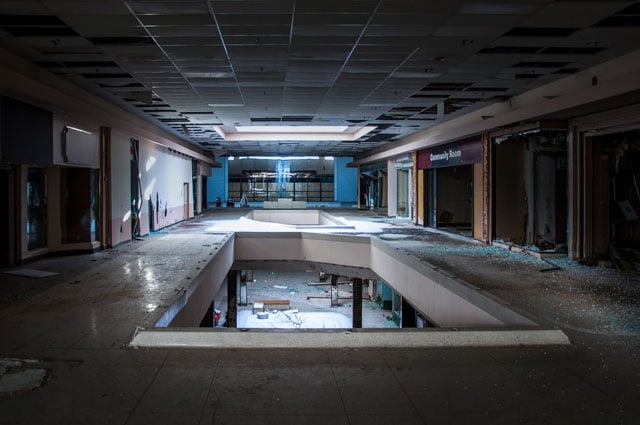 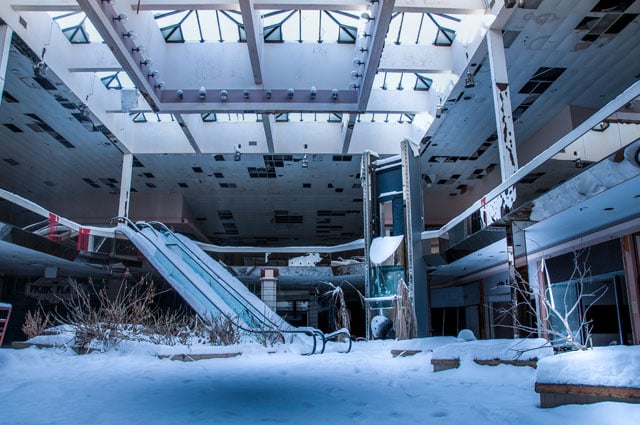 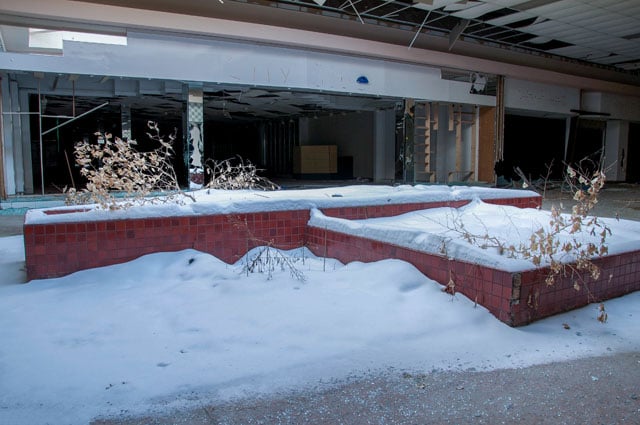 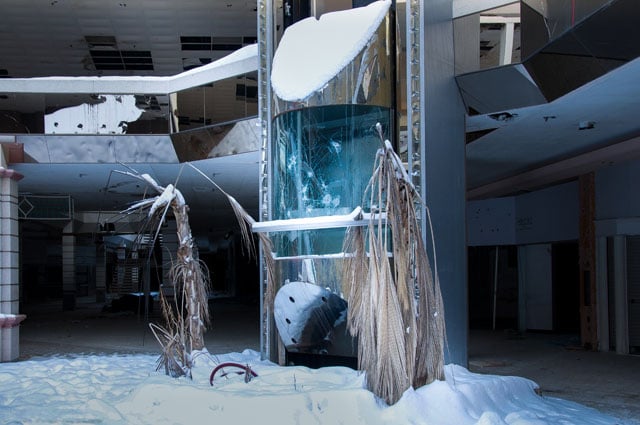 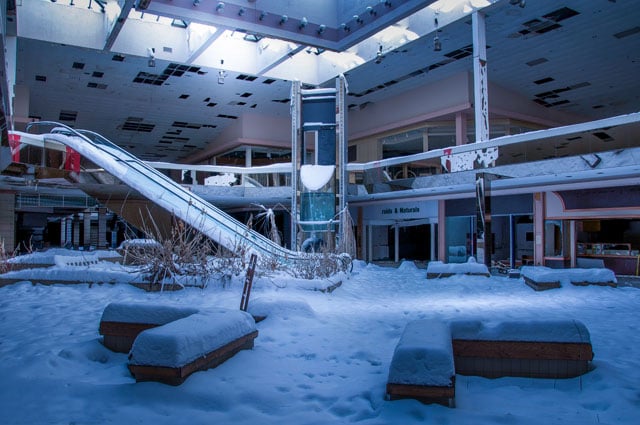 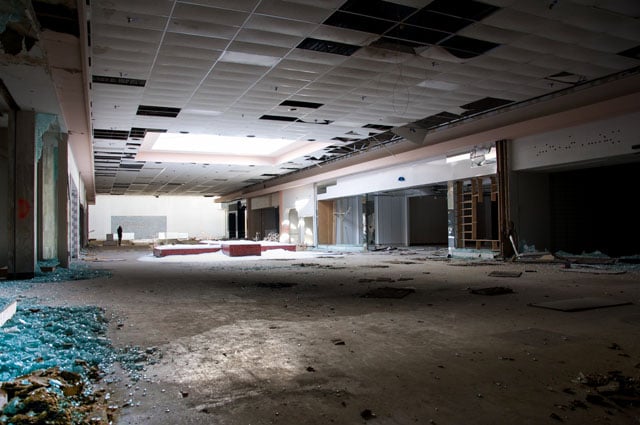 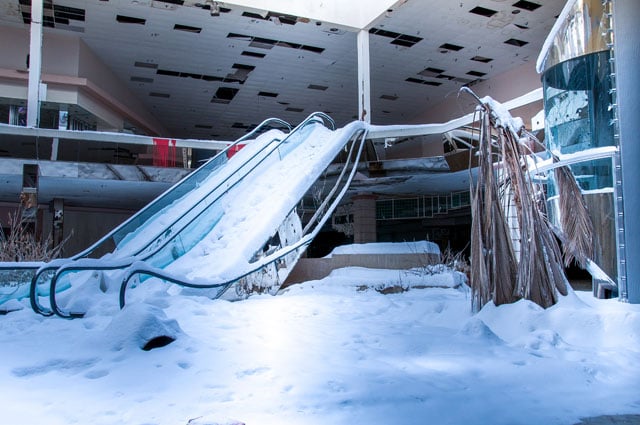 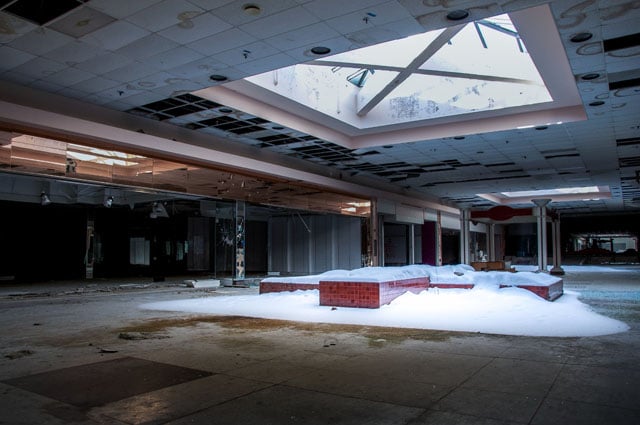 Update on February 11th, 2015: Photographer Johnny Joo captured a very similar series of photographs at around the same time. Here are his images, shared with Joo’s permission: 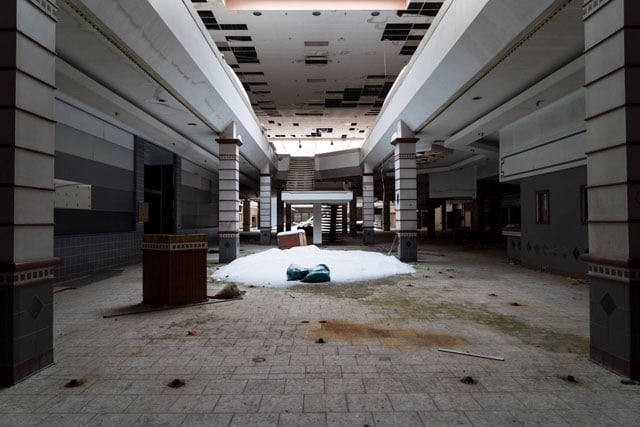 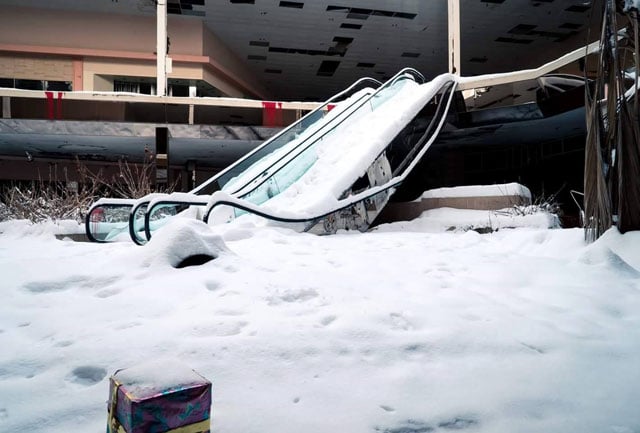 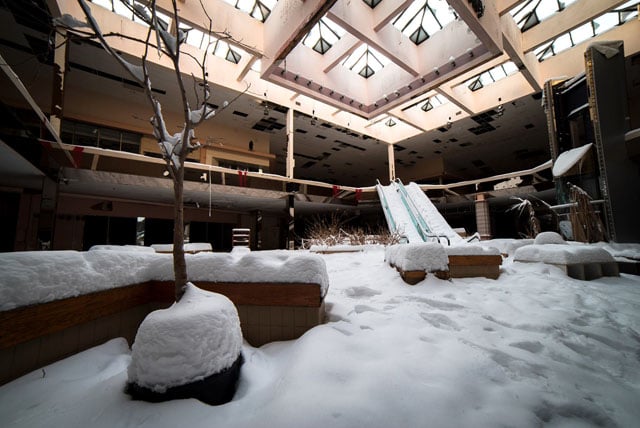 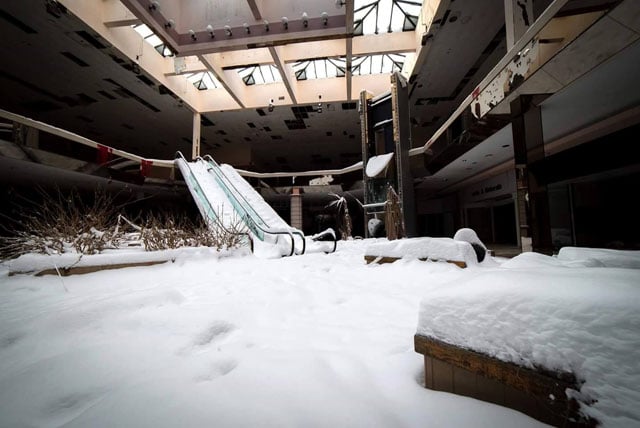