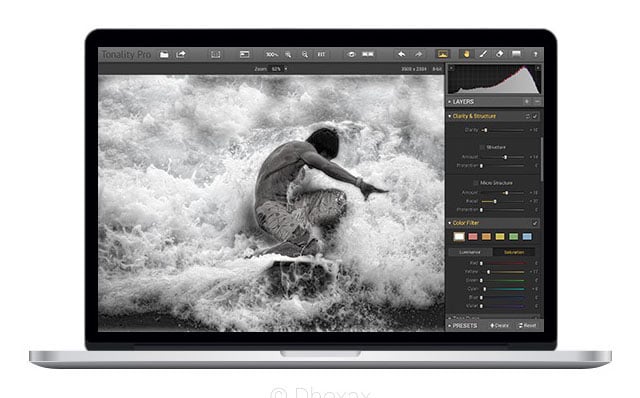 From the creators of photo-editing apps, Intensify, Focus and FX Photo Studio comes a new black and white image editor for Mac called Tonality. Both a standalone app and plugin for Photoshop, Lightroom and Aperture, Tonality is versatile in its implementation into your workflow. 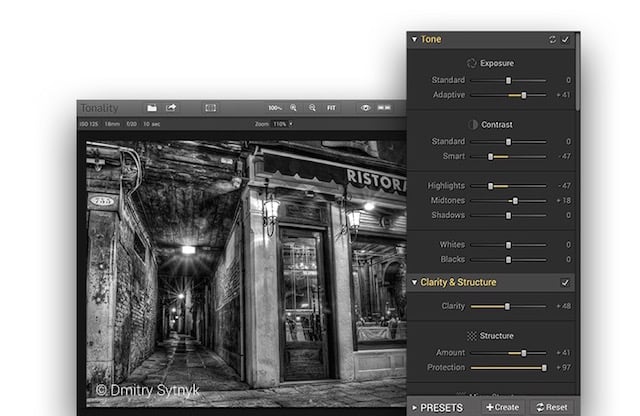 Macphun deems it ‘the next frontier in black & white photography,’ taking a great deal of inspiration from the wet darkroom era of yesteryear and bringing it into the digital realm. As you can see in the preview below, its 16-bit RAW processing capabilities and thorough, but fairly streamlined interface offers up both power where you need it and simplicity where it’s called for.

The app comes in two editions: Tonality and Tonality Pro. The standard edition features all of the features shown off in the above video, while the Pro edition offers up plug-in support, advance layer-editing capabilities, an integrated Zone System, tonal histograms and more shortcuts for a faster workflow. As could probably be deduced, the standard edition is aimed for the hobbyist and enthusiast crowd, while the Pro version is meant for…well…professionals. 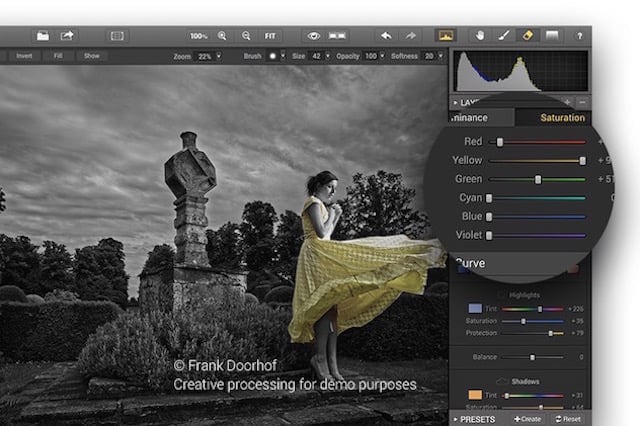 Tonality was released just two days ago, so if you’re looking to give it a try, you can give the trial a download on Macphun’s website. If you’ve decided you’d like to purchase it, you can download it in the Mac App Store.