Drone photography is the next time-lapse (which, incidentally, was the next HDR), but it presents a challenge that the previous two styles never did: safety. In this particular case we don’t mean safety of the people around (or rather below) you, but rather the safety of your gear itself.

As we’ve seen time and again, drones drop from the sky on occasion, and when they do, they rarely survive the journey south… Until now. A new product called DJI DropSafe aims to change all that.

DropSafe, which is still designated as “Coming Soon,” is a common sense addition to an expensive hexacopter: an automated, reusable parachute that can deploy in the event you lose control of your precious bit of flying metal. 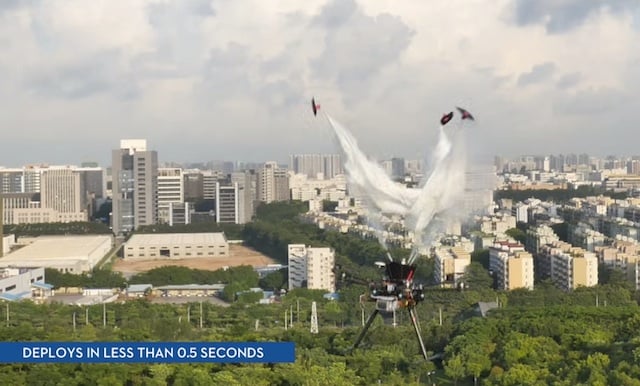 Officially designated a ‘drop speed reduction system’ — because DJI’s lawyers are keen on making sure you know that this thing isn’t guaranteed to save your equipment from harm — you can see the system in action in the video above.

Thus far, this unlisted video and the little information in its description is all we have to go off of, but we wouldn’t be surprised if this sort of thing becomes standard on all those camera-toting UAVs that are causing so much concern.

For the photographers/videographers, the parachute will offer some peace of mind that your gear will have a softer landing. For people on the ground, DropSafe might just save them a cracked skull.

Video: A Comprehensive Guide to Developing Your Own Color Film