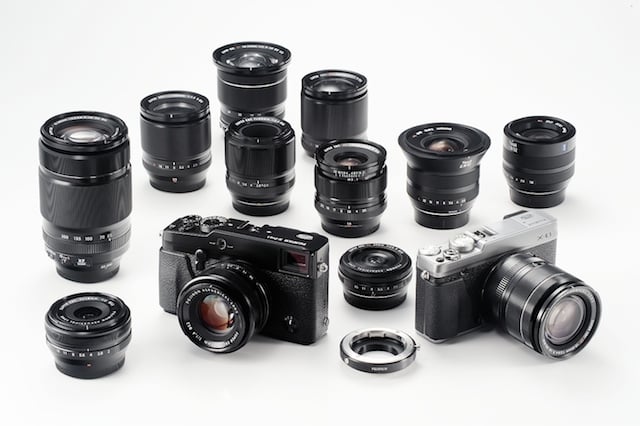 Late last night, Fuji released an updated version of its lens roadmap, switching some things around, adding a lens to the lineup, naming the ‘ultra-wide angle lens’ from the previous roadmap, and otherwise letting X-Mount shooters know what they’re in for glass-wise through the end of 2015.

And what they’re in for, by the looks of it, is lots and lots of bokeh.

It’s no secret wide aperture lenses exacerbate photo enthusiasts’ G.A.S., and so it’s not surprising that the new addition to the roadmap is an XF 90mm f/2.0 R, while the ‘ultra-wide angle lens’ from the former roadmap has been confirmed to be an XF 16mm f/1.4 R.

Other updates revolve around release dates. The weather-resistant XF 50-140mm f/2.8 LM OIS WR will be the next lens released (giving XT-1 users another WR lens for their lineup), and is set to ship before the end of the year; and the release dates for the XF 16-55mm f/2.8 WR and the Super Tele-Photo Zoom lens have been pushed back to Spring and Winter of 2015, respectively.

But don’t take our word for it, check out the roadmap below to see for yourself: 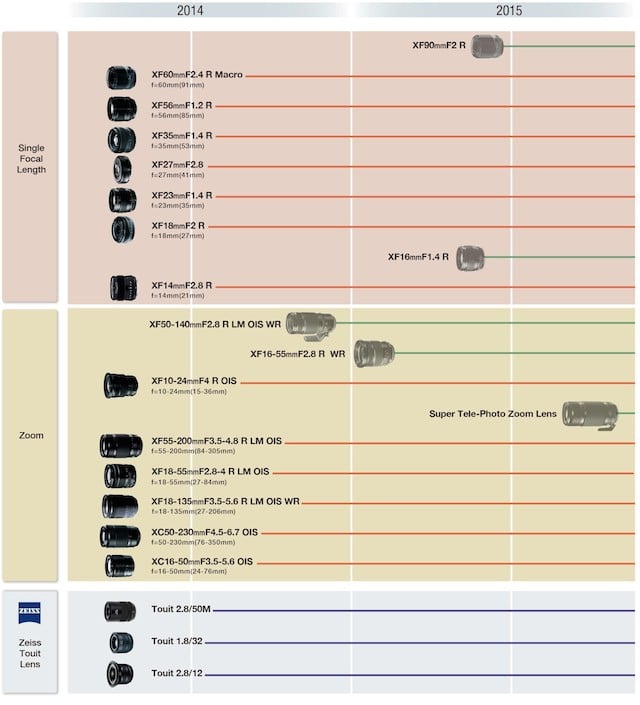 Now that we know what Fuji has in store for us on the lens end of the gear spectrum, we’ll be waiting anxiously for the release of rumored X-Mount cameras like the X100S followup and the X-Pro2. Stay tuned, we’re in for a busy couple of months.