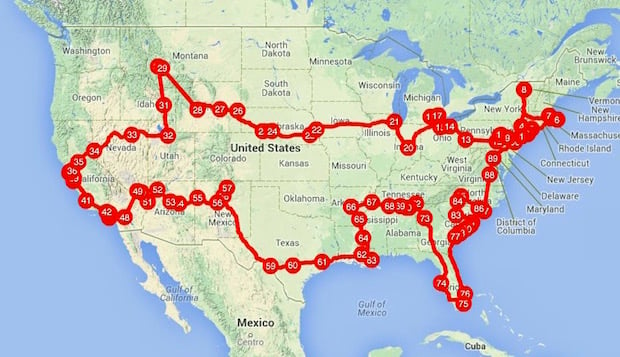 Similar in nature to the tribute Peter Essick paid to Ansel Adams, photographer Trenton Moore is on a mission to quite literally retrace the footsteps of famed photographer Robert Frank.

In his project titled Retracing America: A Photo Roadtrip, Essick hopes to visit the exact same locations Frank did for his iconic 1957 photo book The Americans.

Almost 60 years ago, Robert Frank set out on a series of road trips across America. His vision was to capture the scenery in America, just as it was, on a day-to-day basis. The idea was to capture the essence of America, one honest frame at a time, as seen through the lens of someone who was equally discovering these moments for himself.

It wasn’t just the trips that made his work stand out though. It was his determined mindset to capture the scenes many shied away from photographing: racism, religion and even the considerably boring suburban life. The best of the work he captured ended up in a book he aptly titled, The Americans.

One best-selling photography books of all time, and widely considered a seminal work, The Americans is as relevant conceptually now as it was sixty years ago, despite how much the physical and sociological landscape of America has changed. 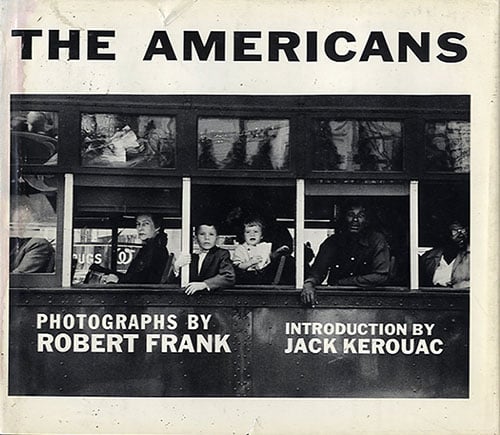 This fall, Trenton More hopes to head out on a three-month road trip almost identical to Robert Frank’s during his travels through the mid–50s. With over 90 stops planned, Moore’s itinerary includes cities large and small, each with their own significance in the American culture.

In the same basic style and approach of Robert Frank, Moore plans to photograph the intricate and vast components that make America American. He has launched a Kickstarter campaign to raise funds for various costs, from travel expenses to the costs behind producing the book that will visually summarize his journey.

Here’s a video introduction to his project and campaign:

The rewards for the pledges are a bit confusing, so if you want full details about what pledge price will get you what, refer to the infographics provided by Moore over on the his Kickstarter campaign. If you don’t plan on pledging anything, but would like to keep up with his travels, you can do so by heading over to the Retracing America website.

This Selfie Toaster Can Burn Your Portrait Onto Your Morning Toast