Enjoy documentary films about photographers? Here’s one to add to your list: Don’t Blink – Robert Frank. It’s a new look at the life and work of one of the most famous American photographers. (Note: There’s some strong language in the video).

Frank is best known for the seminal 1958 photo book The Americans, about post-war America. After traveling across the US in 1955 and shooting about 28,000 photos of all levels of American society, Frank selected 83 of the images and publish them in his book.

“Robert Frank revolutionized photography and independent film,” the documentary’s synopsis reads. “He documented the Beats, Welsh coal miners, Peruvian Indians, The Stones, London bankers, and the Americans. This is the bumpy ride, revealed with unblinking honesty by the reclusive artist himself.” 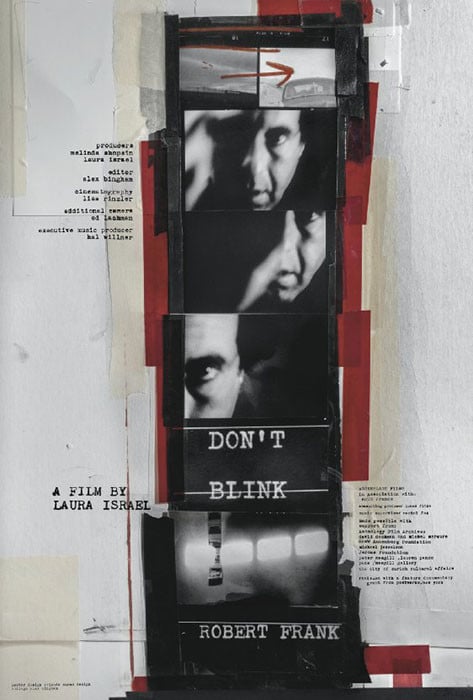 “Great films about photographers are hard to come by,” he says. “Perhaps it’s something about the nature of the medium that makes it hard to translate into moving images. (Could it be that photography depends on a lack of context, and that film provides too much?)”