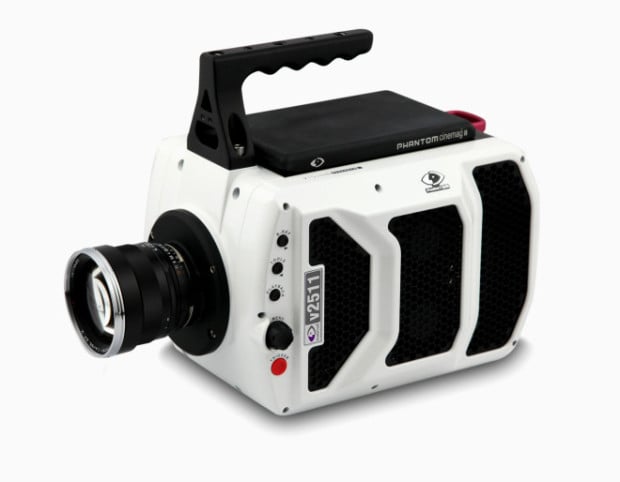 Phantom, the company behind some insane high-speed cameras has announced their new flagship camera, the Phantom v2511. Bumping up the specs across the board from their current flagship device, this beast manages to pack in up to 25,600 frames per second at 1280 x 800 resolution (just over 720p).

The Phantom v2511 comes with a Nikon F-mount out of the box, but with the help of some alternative options, you can also toss a Canon EF-mount or C-mount onto this 17-pound beast. Built into the v2511 is the ability to set the camera to a specific mode for microscopy, which automatically silences the camera’s fans to reduce shake and blur.

To give you an idea of how fast 25,600 frames per second is, each second of video captured at this framerate will translate into 7 minutes at 60fps, 14 minutes at 30fps and just shy of 18 minutes at the standard 24fps when playing back the video.

Set to be released this August, you could probably have guessed that this baby isn’t going to come cheap. And you’re right. Configurations for the v2511 start at $150,000. If the price-point doesn’t deter you, then start saving and share some results with us come this August.