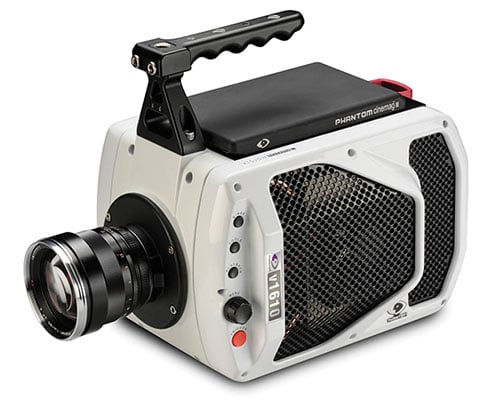 Shooting 4.5 million frames per second of molecules using an x-ray flash is impressive, but can non-scientific cameras come anywhere close? The answer is yes: Vision Research has a new Phantom high speed camera called the v1610 that can capture footage at a whopping 1,000,000fps. Granted, the resolution needs to be a paltry 128×16 for that fps, but at a full 1280×800 it still shoots at 16,000fps. To give you an idea of what 1 million fps is like, consider this: 1 second of the footage will provide you with 9.25 hours of uber-slow motion 30fps video.