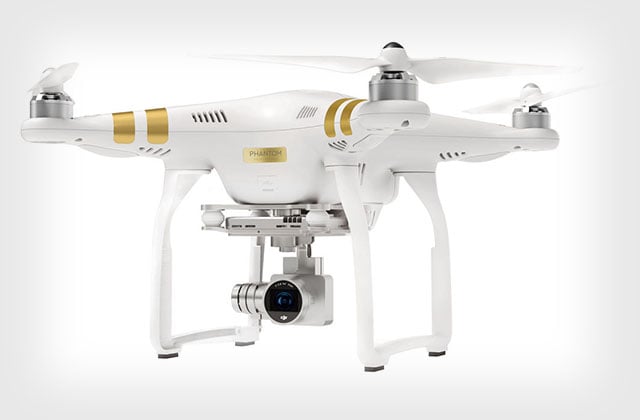 Chinese drone maker DJI has just announced the latest version of its most popular drone line: the Phantom 3. The new camera drone offers professional-grade flight and imaging performance at consumer-level prices. With this update, 4K video recording finally arrives in the Phantom series. 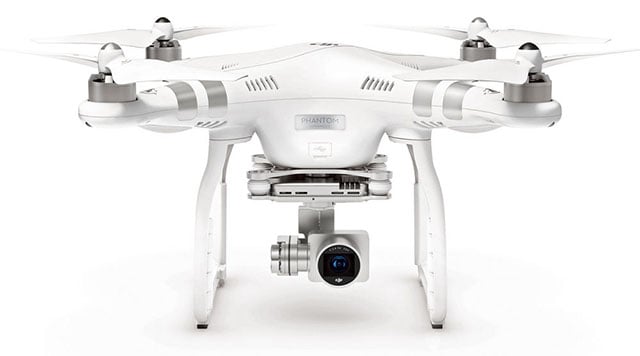 The Phantom 3 comes preloaded with a camera in two different versions: the Advanced, with a 1080p camera that can shoot up to 60fps, and the Professional, with a 4K camera that can capture up to 30fps. 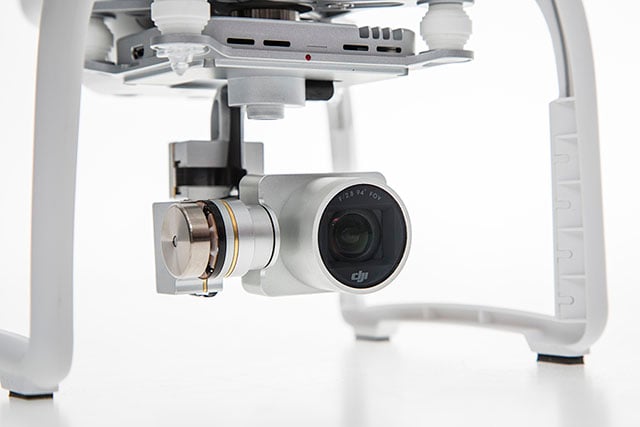 Both cameras capture 12-megapixel still photographs in JPEG or DNG RAW formats through a 94-degree field-of-view, distortion-free lens. The cameras contain a 1/2.3-inch sensor that is more sensitive to light than previous Phantom cameras.

The cameras are mounted to a three-axis gimbal that provides pan and tilt-control, keeping the horizon line level even as your drone banks to turn.

One of the advancements found in the Phantom 3 is a Visual Positioning system, which uses sensors to keep the drone in a fixed position indoors without GPS, making it easier to fly the drone inside an enclosed area. The drone can also take off and land with a simple push of a button.

Phantom 3 controls have DJI’s Lightbridge technology for showing the pilot what the drone sees in 720p from up to 1 mile away with “almost no latency.” A premium app will also allow photographers to livestream their flights to YouTube. 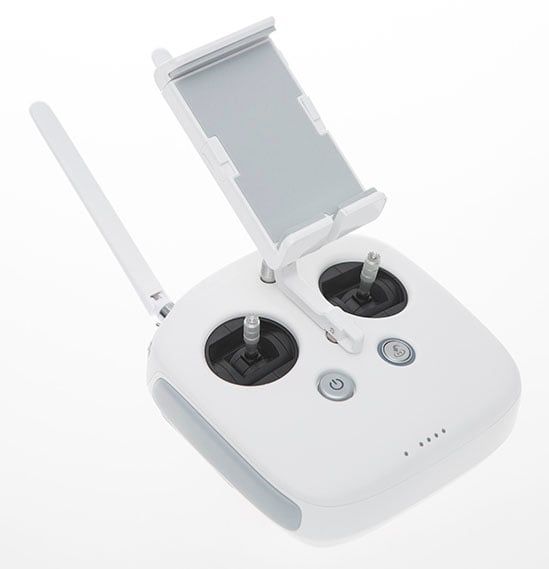 Camera settings such as ISO, shutter speed, and exposure compensation can be controlled entirely through the DJI Pilot app and the interface of the Phantom 3’s remote controls.

Here’s some sample footage captured with the Phantom 3:

Tintype Portraits of Celebrities at the Sundance Film Festival

The Social Engineering of Photography: Overcoming the Challenge of Talking to People