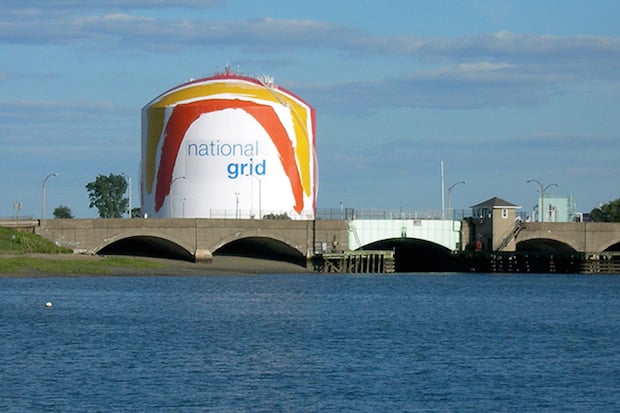 The program has received wide criticism recently, led in large part by a photographer who made the FBI’s suspicious activity list for taking pictures of a piece of public art called the Rainbow Swash.

The photographer in question is 86-year-old James Prigoff, who stopped to photograph the natural gas tank in Boston upon which the Rainbow Swash is painted about a decade ago. Some months later, his name was on the FBI’s suspicious activity list and there was a federal agent on his doorstep asking questions.

Now Prigoff and three others (one more photographer and two other individuals who claim to have been targeted by the FBI due to similarly innocuous activity) are suing the Department of Justice with help from the ACLU and the Asian Americans Advancing Justice-Asian Law Caucus. 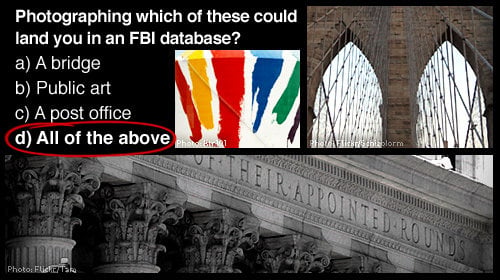 The claim is that the SAR program breaks the Justice Department’s own rules by encouraging police to write up SARs even if there’s no valid reason to suspect that someone is doing something wrong. This, as you might expect, is particularly troubling for someone like Prigoff who was simply taking a photograph of public art:

“All I was doing was taking pictures in a public place, and now I’m apparently in a government terrorism database for decades,” Prigoff says via a statement released by the ACLU. “I lived through the McCarthy era, and I know how false accusations, surveillance, and keeping files on innocent people can destroy careers and lives. I am deeply troubled that the SAR program may be recreating that same climate of false accusation and fear today.”

The suit hopes to curtail the program (or eliminate it completely), thereby making sure that something as innocuous as taking pictures in public can’t land you on a suspicious activity list that could haunt you for decades. “It encourages a culture of fear and distrust,” writes the ACLU in a blog post about the suit, “undermining our freedom with no known benefit to our safety.”

Surf Texas: Documenting the Little-Known Subculture of Surfers in the Lone Star State

Video: Modern Day Earthrise in HD, as Seen by the Japanese Lunar Orbiter