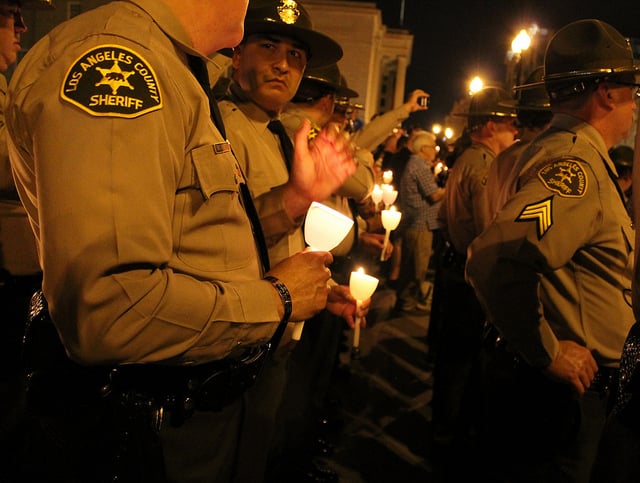 Los Angeles has agreed to pay a $50,000 settlement to three photographers after they were detained by LA County Sheriffs while taking pictures in public places. As part of the settlement, the city will also teach its sheriff deputies that photography is not a crime.

The three photographers — Shawn Nee, Greggory Moore and Shane Quentin — were represented by the ACLU Foundation of Southern California, who sued the county and deputies in 2011 on behalf of the three men. Authorities had violated the photographers’ First and Fourth Amendment rights, the suit claimed, by searching and questioning the men for “nothing more than taking photographs of Metro Rail turnstiles, oil refineries and traffic whizzing by a court house.”

Nee has been stopped and questioned multiple times while photographing officers in public. Moore was detained and accused of “suspicious activity” after photographing drivers for a news story. Quentin was kept in a squad car for 45 minutes after taking pictures of refineries.

Now, four years after the initial lawsuit, the Los Angeles Board of Supervisors announced this week that it had approved a $50,000 settlement for damages against the photographers. The city will also provide training for deputies specifically on the subject of “interacting with photographers or members of the public who are taking photos in public places.” 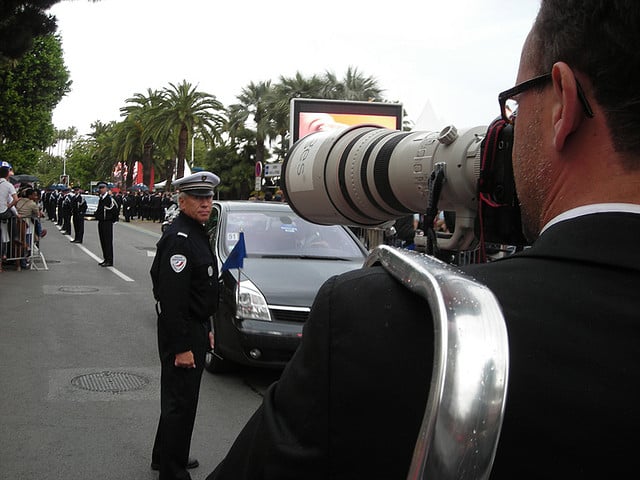 The training will be provided through a newsletter and will be given to all deputies assigned to patrol. It will state that the public has “a First Amendment right to observe, take photographs, and record video in any public place where they are lawfully present.” Deputies are warned against “interfering, threatening, intimidating, blocking or otherwise discouraging” picture takers unless they are violating a law.

Photographers also have the right to photograph officers while they’re performing their duties in public as long as the photographer has a right to be present, the training says. Deputies are forbidden from asking people to show or delete any photo without a warrant under any circumstances.

It’s a big win for photographers’ rights, says ACLU SoCal lawyer Peter Bibring: “The training established by this settlement should ensure that photographers around Los Angeles County — as well as the general public — can exercise their right to free expression without unnecessary harassment.”

(via ACLU SoCal via PDNPulse)

‘The Rain Maker’: How I Shot a Conceptual Wet Plate Collodion Photograph

Crushed Dreams and Moldy Memories: The Messages on Homes After Hurricane Katrina