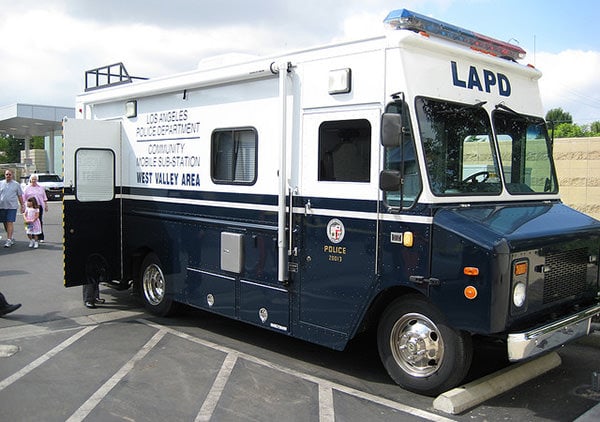 Bad news for photographers in Southern California: the Los Angeles Police Department issued a notice regarding its official terrorism handling policy earlier this week, and the document still identifies photographers as potential terrorists. The intradepartmental correspondence, sent out by the Chief of Police, warns officers about the following:

Observation/Surveillance. Demonstrating unusual interest in facilities/buildings, infrastructures or protected sites beyond mere casual or professional (e.g., engineers) interest, such that a reasonable person would consider the activity suspicious. Examples include observations through binoculars, taking notes, attempting to measure distances, etc. …

Dennis Romero of L.A. Weekly writes that “the LAPD is now poised to detain and question half the L.A. Weekly staff.”

Here’s a copy of the document that was issued:

Romero reports that the American Civil Liberties Union is concerned by this development, and quotes senior staff attorney Peter Bibring as saying,

The fundamental flaw in this program is that it labels as suspicious activity acts that are not only lawful but commonplace. It doesn’t help national security to fill counter-terrorism databases with information about people taking pictures in public.

The Los Angeles area has seen its share of confrontations between photographers and law enforcement in the past couple years. In 2010, the detention of photographer Shawn Nee by the Los Angeles Sheriffs department resulted in an ACLU lawsuit. In 2011, the Long Beach Police Department caused controversy after it was revealed that they had a policy of stopping photographers for taking pictures “of no apparent esthetic value.”

Thanks for sending in the tip, Adrian!

How Hyperspectral Cameras Are Being Used to Uncover Ancient Mysteries