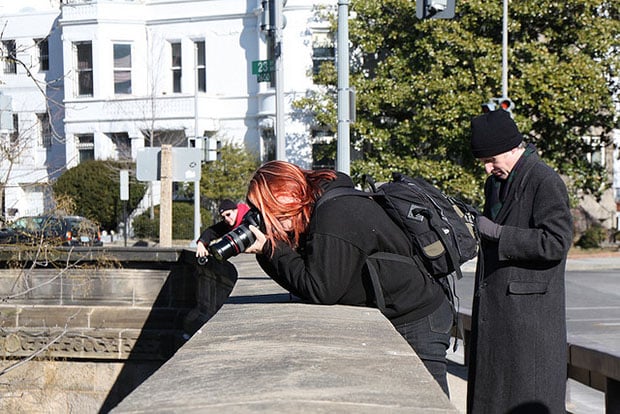 Don’t want trouble with the US Government? Then you might want to reconsider photographing anything that might cause suspicion among law enforcement — especially if you’re Middle Eastern or a ‘Chinese national.’ A newly published document has revealed that government agencies have been compiling lists of “suspicious activity” reports, many of which contain records of photographers legally taking pictures of bridges, dams, courthouses, and post offices.

The ACLU got its hands on a document containing roughly 1,800 of these reports, gathered in central California. Among the records are a “Female Subject taking photos of Folsom Post Office” and “a male nonchalantly taking numerous pictures inside a purple line train” in Los Angeles.

Here’s a copy of the published document:

Here’s a sampling of some of the alarming items found in the report: 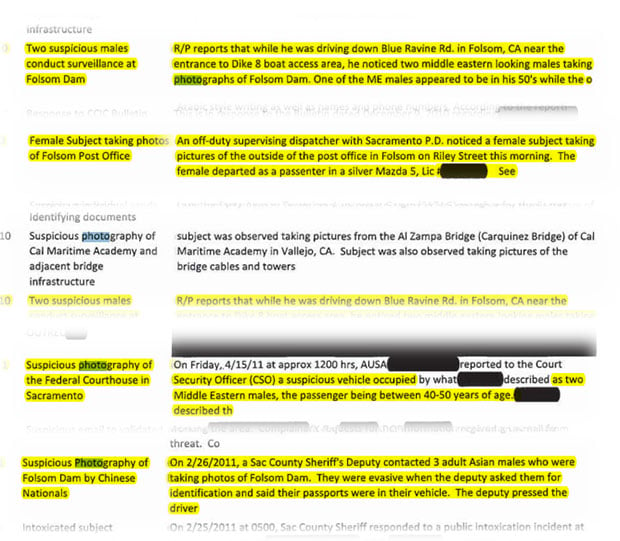 These reports aren’t just creepy records that are out of sight and mind — some photographers are being harassed as a result of them. In a segment on this story that aired yesterday, NPR cites the case of LA-based freelance photographer Hal Bergman. An enthusiast of photographing industrial locations, bridges, ports, and refineries, Bergman has been stopped numerous times by law enforcement, and has even received visits from FBI agents who asked him if he harbored “any ill will toward the United States of America.”

After reviewing his photo portfolio, however, the feds realized that Bergman’s picture taking posed no threat to national security — but that didn’t stop the feds from calling up on Bergman a year later, investigating yet another report made about him.

So, photographers beware, snap the picture of something too “sensitive,” and your photography could quickly end up as a permanent record somewhere in the “government cloud.”