Typically, slow motion video translates into lower resolution — when you’re pulling hundreds upon hundreds of frames per second, the size of each of those files is a big limiting factor. Enter the Phantom Flex4K, a camera that debuted last year and can shoot RAW 4K video at a blazing-fast 1000 frames per second for 5 second bursts.

And speaking of ‘blazing,’ the video above was the first test footage released that showed what this amazing camera could do. 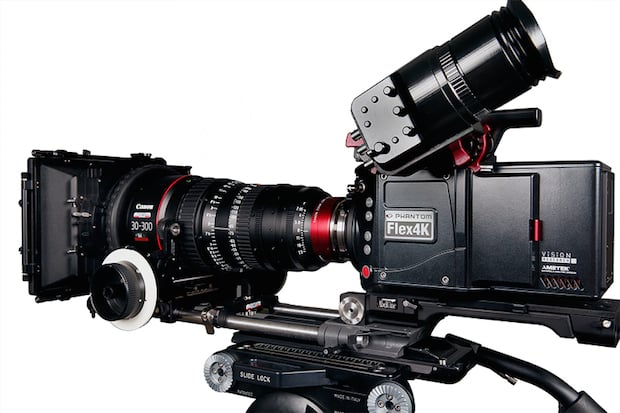 Called “Let me know when you see Fire,” the video was shot by director Brendan Bellomo and cinematographer Greg Wilson for the camera’s creators, Vision Research and Abel CineTech, using an alpha prototype of the Flex4K that was just a week old when the filmmaking duo got their hands on it.

And yet, even at these early stages, it spit out some incredible footage. Not that this kind of performance is within reach of us mere mortals. When the camera was first introduced, it was given a price tag in the six figures. Specifically, it’ll cost you upwards of $110K to get your hands on one of these for yourself.

But even if we can’t afford to buy a camera that costs as much as a Nissan GTR (plus 10K), we can still appreciate this expertly shot footage and marvel at the capabilities of the technology behind it.