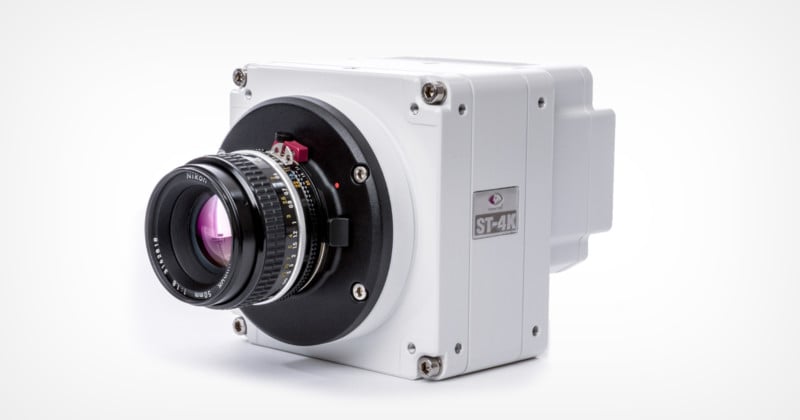 Vision Research, the company behind the Phantom line of high-speed cameras, has announced the new Phantom S991 high-speed camera that uses “CoaXPress-over-Fiber” technology and can shoot 937 frames per second (FPS) at more than 4K resolution.

The company says that the CoaXPress-over-Fiber technology allows for the more efficient delivery of nine gigapixels per second (Gpx/sec), or 70 Gbps. Translated into more practical terms, that means 937 FPS at a full nine-megapixel resolution of 4,096 x 2,304 and 52,080 FPS at its lowest resolution (2,048 x16) and multiple resolutions in between. 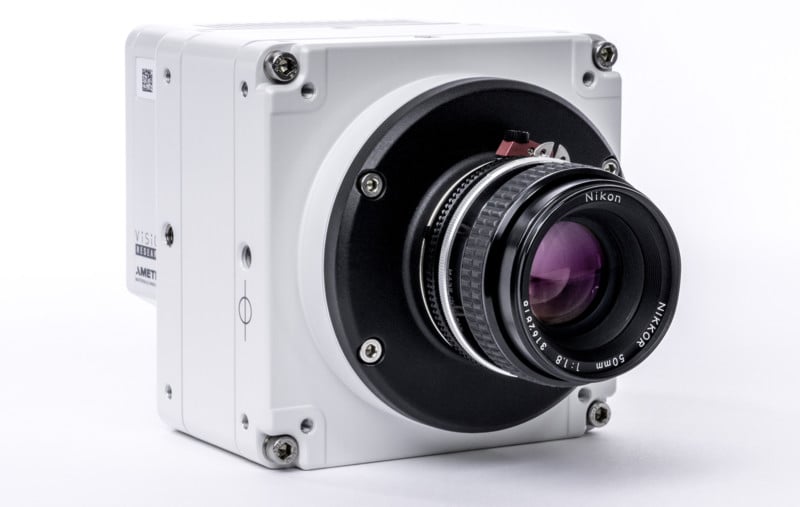 “…the CXP-over-Fiber technology provides many benefits to support extremely high throughput. It has a high bandwidth, low latency, manages link integration, and is poised for future bandwidth increases, all while using common, low-cost components.” 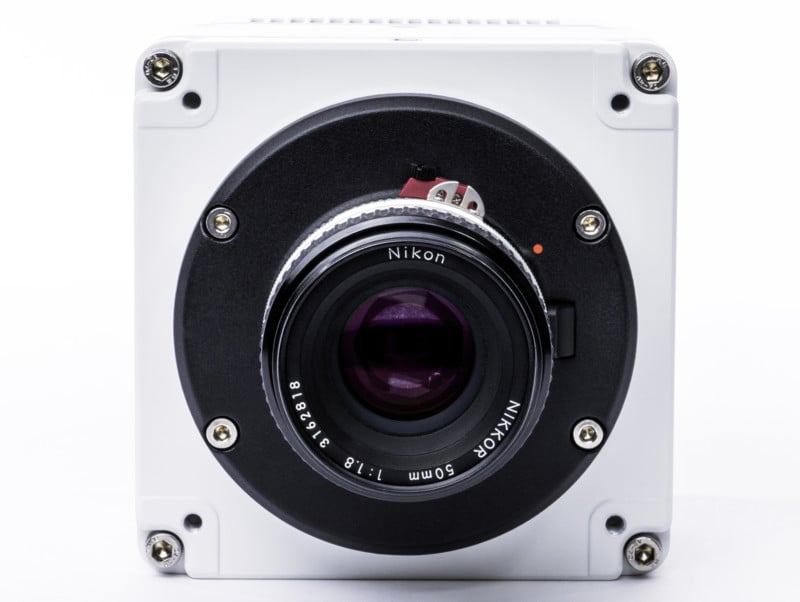 Vision Research says that Phantom S991 produces images of “very high quality” and detail through its versatile CMOS sensor. The nine-megapixel sensor is the same one used in the Phantom Flex 4K and supports up to 12-bit imaging and supports both rolling and global shutters. The sensor also features 6.75 µm sized pixels, which it says are larger than many high-resolution machine vision cameras and translates into higher light sensitivity. As a result, it has a daylight ISO rating of 1,600 for monochrome and 400 for color with the global shutter. 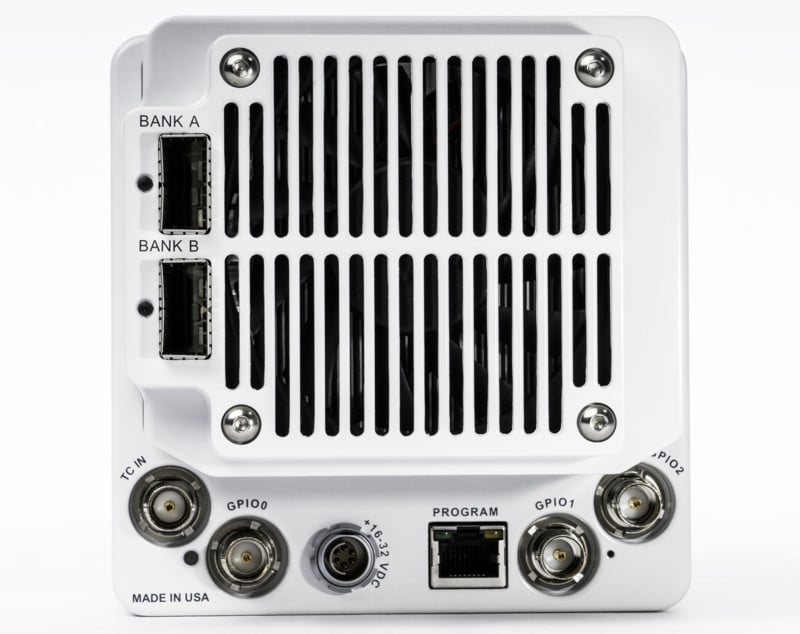 The Phantom S991 doesn’t always have to record in 12-bit and offers an 8-bit output option that Vision Research says provides higher frame rates in the larger resolutions while reducing data throughput, and it has resolution increments of 128 horizontal x 8 vertical, which it says allows users to maximize the resolution for the required frame rate.

Since the S991 has the same sensor as the Flex4K, the quality of footage should be similar if not identical. Below is a video captured on the Phantom Flex4K that provides an example of what to expect.

Vision Research has additionally published a few example clips captured with the S991 on its website.

The Phantom S991 Versus Other Phantom Cameras

The Phantom S991 isn’t the fastest camera that Vision Research makes, but it does offer a unique set of specifications when compared to other cameras in its lineup. For example, the TMX 7510 can shoot 1.75 million frames per second and has a 75-gigapixel throughput. A few months after the company launched the 7510, it announced the TMX 5010 which it billed as an “entry-level” slow-motion camera that can shoot up to 1.16 million frames per second.

As impressive as both those cameras are from a speed perspective, both lack resolution as neither can shoot even as high as Full-HD (defined as 1,920 x 1,080). For resolution, the company’s Phantom Flex4K is the best offering and can reach up to 938 FPS at a 4,096 x 2,304 resolution, which is slightly larger than both UHD and cinema 4K. As mentioned, the S991 uses the same sensor as the Flex4K and packages it into a smaller body with a different data delivery system that allows it to be a lot more compact and flexible and, as a result, will likely be deployed differently. For example, Vision Research categorizes the S991 as a “machine vision” product, which could see it deployed as an inspection or analysis camera in industrial use cases.