When capturing a photograph, something many of us meticulously try to account for is the lighting — more specifically, how much light is coming from what sources.

Using ratios, a bit of rough math and a pen & paper, you could write it down. But sometimes numbers don’t directly translate into results. Here with an ingenious way to properly capture the lighting in a scene is Felix Kunze and Sue Bryce.

Shown off in this short snippet from a Creative Live class, Kunze uses a black circular Christmas bulb as a three-dimensional mirror of sorts, to capture the lighting setup of the scene. 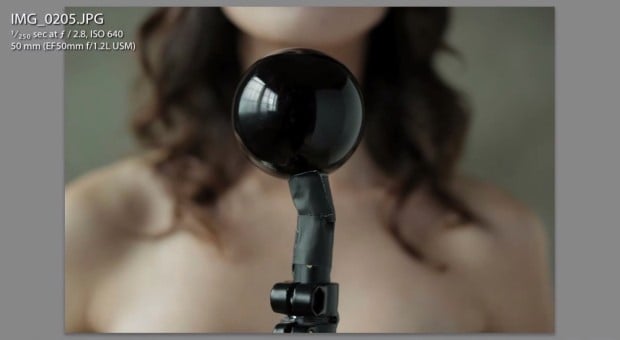 Similar in nature to the marble catchlight trick we featured some time ago, this rather simple method allows you to easily document the lighting setup in a particular scene without ever really getting out of your workflow.

The clip comes in at just under three minutes, so it won’t take long to learn about and add this trick to your studio photography arsenal. Check it out at the top and let us know in the comments down below if you have anything to add.