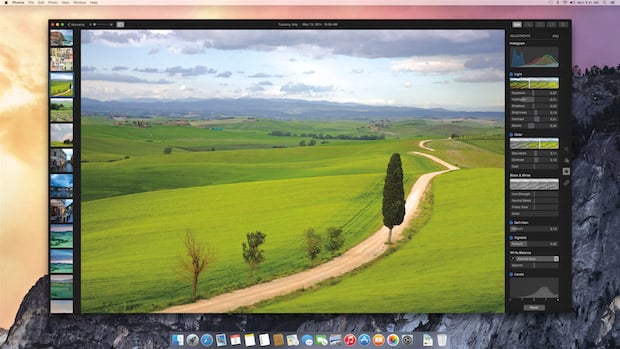 Although still far from its public debut, more and more information about the new Photos app for OS X is making its way to the public.

Meant to be the successor to both iPhoto and now Aperture, Photos is said to create a more seamless photography workflow across OS X and iOS devices. And the latest news indicates that the OS X version of Photos will offer some potentially exciting features.

In a statement to Ars Technica, an Apple representative spoke of a number of newly-confirmed features that will make their way into the iPhoto/Aperture replacement. Ars Technica specifically shares:

When asked about what Aperture-like features users can expect from the new Photos app, an Apple representative mentioned plans for professional-grade features such as image search, editing, effects, and most notably, third-party extensibility. While many of these details could have be drawn from context clues given in Apple’s keynote, the last one is the one that has potential to really raise some eyebrows. Especially considering Apple announced the discontinuation of development of Aperture.

While the Photos application may never become a full-fledged Aperture replacement, the news that Aperture users will be able to import their libraries into the new Photos, along with the announcement of third-party extensibility and robust editing features, leaves us hopeful that not all is lost.

We’re particularly intrigued by the extensibility. Opening up the ability for third-parties to create apps and/or plugins that work from Photos means that the potential editing capabilities will be vastly more diverse than many thought originally possible. 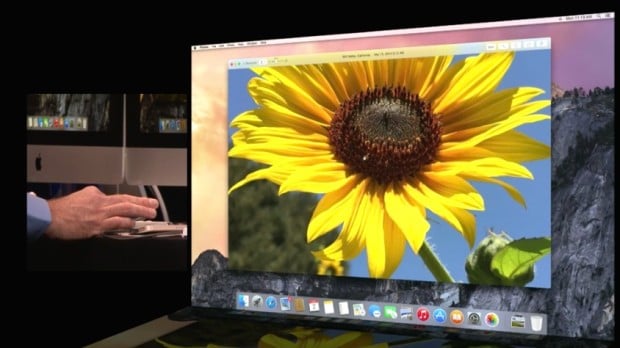 Just one example is something Apple already showed off: During the iOS 8 keynote, they showed how filters from third-party apps such as VSCO Cam could be non-destructively implemented directly within Photos.

This functionality could easily translate over into the OS X version, but in a more powerful way, leaving room for companies such as VSCO, AlienSkin, NIK, and more to create extensions that broaden the creative capabilities of the application for photographers.

Another added benefit of this kind of integration is that, just as in the iOS app, it would allow you to make these edits and changes non-destructively, so that you can revert to the original at any time. For those worried about the archival of digital formats, this could be key. We’re still far from knowing what exactly is going on behind the scenes at Apple, so for now, we’re left piecing together what Photos is and isn’t. But this confirmation of a number of features does go to show that Photos for OS X might not be as underpowered as some fear.

Beautifully-Crafted Crystal SLRs Will Catch the Light, They Just Can’t Capture It