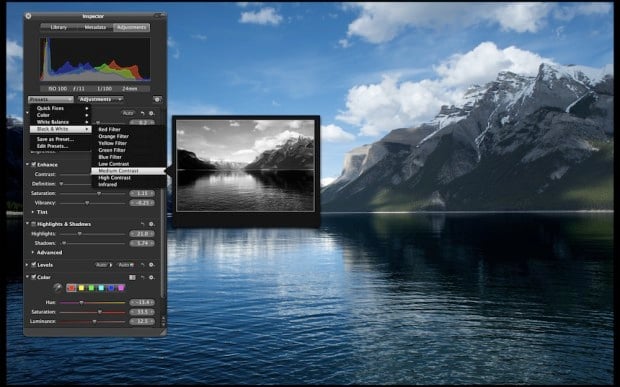 The day has come. We all felt it in our bones, but today it has been confirmed by the guys in Cupertino: Apple has stopped development of Aperture, its professional-level photo organization and editing software.

This news doesn’t come as a major surprise, especially on the heels of this year’s WWDC. With a number of new photo applications and an updated platform coming to life, the official announcement is only an echo of the rumor that Aperture had one foot in a grave and the other on a banana peel.

As Apple itself told The Loop Editor-in-Chief Jim Dalrymple:

With the introduction of the new Photos app and iCloud Photo Library, enabling you to safely store all of your photos in iCloud and access them from anywhere, there will be no new development of Aperture. When Photos for OS X ships next year, users will be able to migrate their existing Aperture libraries to Photos for OS.

Also confirmed, is the fact that the new Photos app featured at WWDC this year will officially replace the iLife program iPhoto. Up until now, this had only been rumored.

As for Apple’s other professional-grade programs, such as Logic Pro and Final Cut Pro, there’s no need to fear. In Apple’s statement to The Loop, they were “very clear” that these programs are still in active development.

With this announcement and the confirmation that Photos for OS X will indeed replace iPhoto, Apple’s photography-related applications will now become more streamlined than ever. Photos will soon be the new standard for both iOS and OS X photo organization and processing.

And for a company that strives to live and die by the tenets of consistency and simplicity, it seems like a logical move, if a bit unpleasant for some photographers.

Update: According to Apple Insider, “Apple also said it is working with Adobe to help users transition to its Lightroom app for Mac.” As pointed out to us by Google+ commenter David Fraser, this solidifies two notions. First, this means that in due time there’s a very good chance that an Aperture-to-Lightroom plugin/app/script will come to life. Second, this also means Apple does not at all consider their Photos app to be any sort of professional replacement.

Image credits: Screenshot provided by PS3zocker and used with permission.