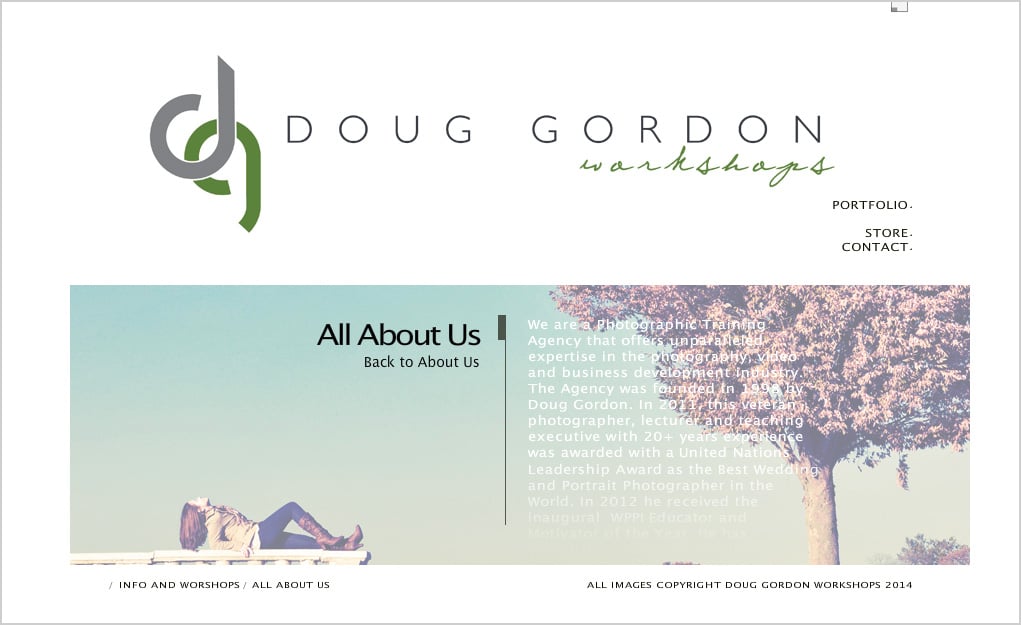 Photographer, photography teacher and Nikon Ambassador Doug Gordon — the same Doug Gordon who only just began truly recovering from the plagiarism scandal he was caught up in last year — is being accused of plagiarism yet again by photography wall-of-shame site PhotoStealers.

In case you’re not familiar with the history of this particular case, Gordon was called out in July of 2013 for plagiarizing Tweets, Facebook statuses, blog posts and biographies. The firestorm that followed cost Gordon and fellow photographer Jasmine Star speaking engagements at WPPI, and left their reputations battered and bruised.

That, however, was months ago. Gordon apologized, the community at large seemed to have forgiven him, and most have put the incident behind them… until today.

Earlier today PhotoStealers published a ‘Part Two’ to the Doug Gordon story after people began pointing out online that the about page on Gordon’s workshop website was oddly similar to the about page of marketing firm SIR Marketing.

As the accusations rolled in, Gordon supposedly told entrepreneur and former wedding photographer Gary Fong that this bio was left over from the first round of scandal and had just been missed when cleaning up his websites. According to PhotoStealers, however, that just isn’t the case.

They have a screenshot of the workshop website Bio as it was at the time of the first scandal and it was not the About Us that seems to have been taken from SIR. 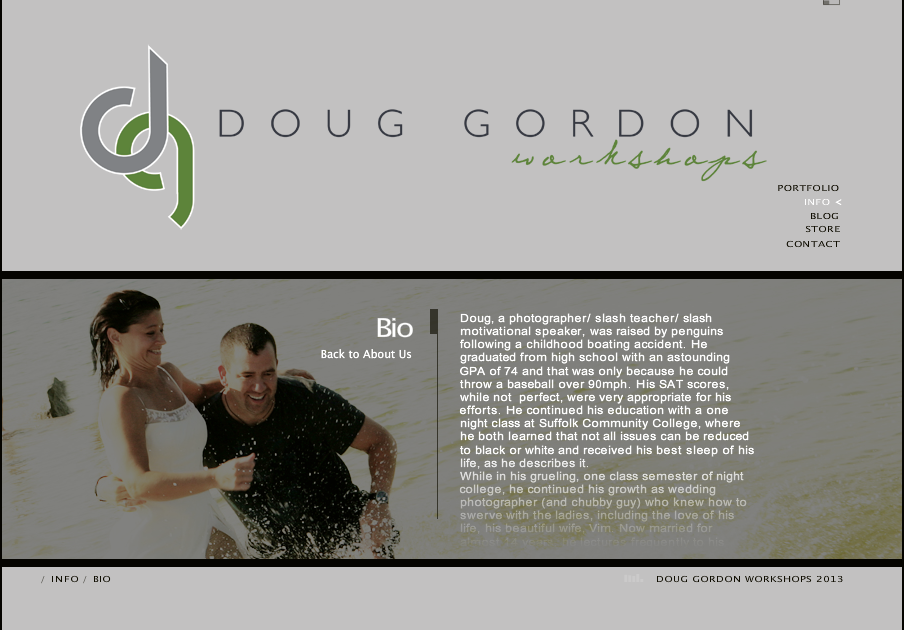 Since these latest accusations hit the Internet, the offending About Us has been changed to the same About Us that is currently up on Gordon’s Nikon Ambassador page — one that was written for him by Stephen Rosenbaum at SIR Marketing as a favor.

But when Fong reached out to both Doug and SIR to clear things up, SIR told him that Gordon did not have permission to use any part of the SIR About Us page. Specifically, Rosenbaum writes:

…neither my Agency nor I had any involvement with, or knowledge of that modified material, which appeared on Doug’s site.

Fong, who says he came to Gordon’s aid the first time and believed him when he said it was all a mistake, seems to have lost faith. In an email to PhotoStealers he writes:

I can say this without fear of actionable libel or slander. Doug Gordon has repeatedly lied to me, and has stolen from others. I was sticking up for him because of the story he shared with me from the past, but I doubt that anything Doug says is true.

You can share/post/republish this as you wish. I am not going to get involved into contacting Nikon about this information, but the buying public should be aware of this as should Nikon.

We have reached out to Gordon to ask for comment and see if there is a piece of this story that the rest of us are missing, and will update this post if and when we hear back from him.

Paparazzi: A Multiplayer PC Game that Pits a Scampering Celebrity Against Your Lens