Earlier this morning, we received a tip from a reader (who has chosen to remain anonymous) that Doug Gordon — who was embroiled in a nasty plagiarism scandal along with Jasmine Star late last year — is still presenting at WPPI, despite having officially withdrawn in October.

According to our source (and confirmed by the schedule posted below), Gordon is presenting through Nikon rather than as an official WPPI speaker. That is why you won’t find him on the official WPPI schedule or list of speakers. Technically, he is there as a Nikon speaker and not a WPPI presenter.

“I know Nikon has a lot invested in him now,” writes our disgruntled reader. “But I think allowing him in through the backdoor and circumventing all the backlash and the petition asking for him NOT to be at WPPI is pretty underhanded (by both Nikon and especially Doug Gordon)” 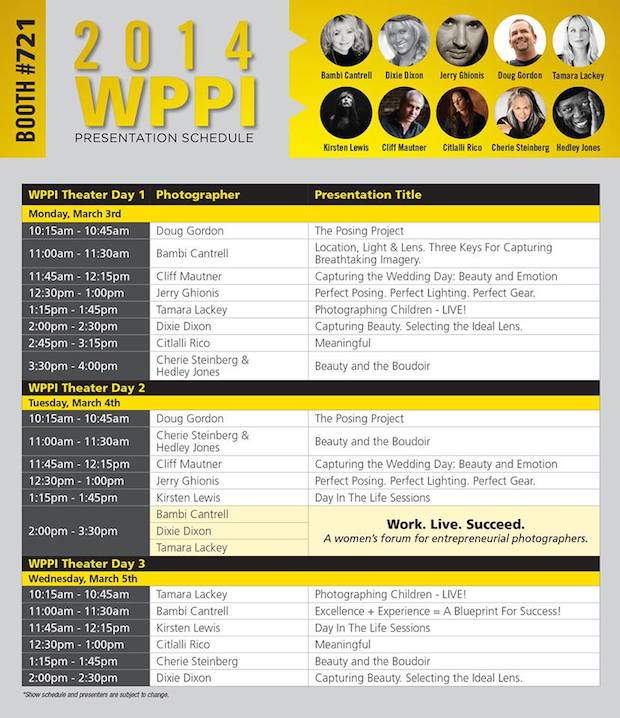 Star and Gordon’s withdrawal came after much outrage from the photo community and a petition that gathered several hundred signatures. WPPI itself reported the development on its blog and Facebook page, saying that “the integrity and reputation of WPPI is important to us,” which is why they had decided to respect the community outcry.

Our anonymous reader got in touch with us because they were surprised, “I’m just curious why there has been no outrage, or a tremor, a mention, or even a whisper about Doug Gordon presenting workshops for Nikon at WPPI?”

What’s your take? Does this constitute, as our reader put it, “circumvent[ing] WPPI and [Gordon’s] apology,” or is this okay? Let us know in the comments down below. In the meantime, we’ve gotten in touch with Nikon for comment, and will update this post just as soon as we hear back.

Sigma 50mm DG HSM Art Lens Tested, See How it Stacks Up Against the Otus