Pushing the boundaries on where you should and shouldn’t use a drone is scary enough in most situations. But “most situations” don’t seem to be daring enough for noted travel photographer Trey Ratcliff.

Detailing his experience over on his blog, Stuck In Customs, Ratcliff tells the tale of how his endeavors to use a drone in the Forbidden City of Beijing earned him some time with Chinese authorities in a detention center.

The story goes that Ratcliff decided to visit the Forbidden City during his time in Beijing, and that, while there, he figured it would be the perfect spot to capture some footage using his new DJI Phantom 2 and GoPro Hero 3+. 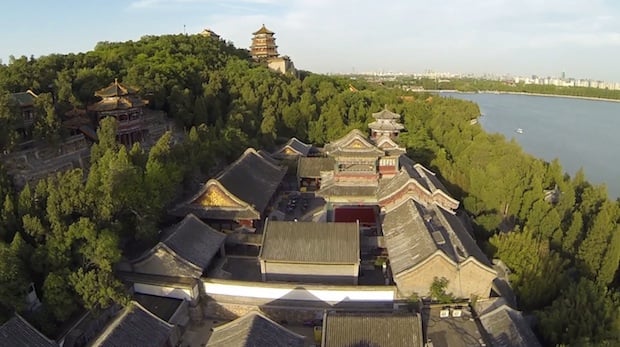 For five days, Ratcliff successfully captured Phantom footage across Beijing. But it was one attempt to take an aerial shot of the White Dagoba on Qionghua Island that changed his luck. What he didn’t realize as he released his quadcopter that day was that he would be flying almost directly above the Chinese NSA and FBI buildings.

Drone in the sky, Ratcliff started to notice “a rather surly looking female police officer [headed his way].” It turns out she meant business, because it wasn’t long before Ratcliff and his friend Ady were being held in a small, dimly-lit detention facility. 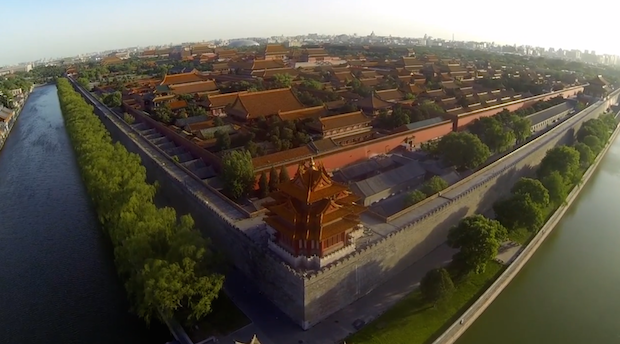 After charming talk from Ady, a thorough look-over of his Phantom drone and desperate attempt to explain to authorities that he was a professional photographer, he and Ady were let go with nothing more than a slap on the wrist. But the story doesn’t quite end there.

The following day, authorities showed up to Ratcliff’s hotel room and, without any warning, confiscated his drone with a promise that it would be returned to him when he left the country. Much to his surprise, when he arrived at the Beijing airport on his last day, so did the authorities… drone in hand.

To hear a more detailed account of the story, or if you’d like to see some of the photographs Ratcliff captured from the five days he was able to fly his drone, check out his blog post by following the link below. And the next time you’re in China, maybe do a quick sweep for super secret government buildings before you launch your quadcopter…

Beijing From Above, Aka The Story Of How I Was Detained By The Police Because Of My DJI Quadcopter[Stuck In Customs]