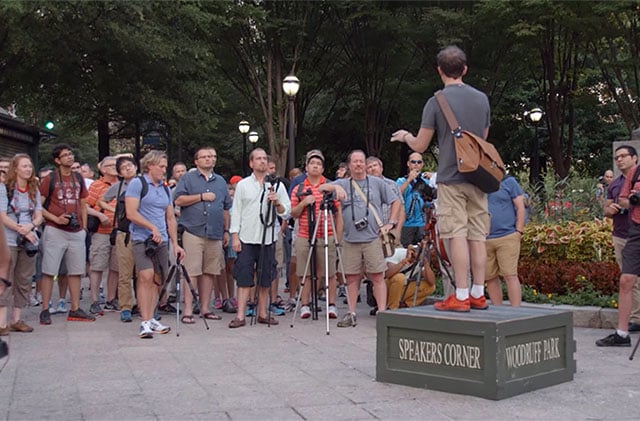 Photographer Trey Ratcliff is currently on a photo walk tour of the United States. On Wednesday, he visited Atlanta, Georgia, and led a large crowd of photographers on a route through the city. While strolling through Centennial Olympic Park, however, the group was confronted by police officers and told that their photography wasn’t allowed in the public park.

“We were shut down by the Po-Po in Atlanta! Can you believe it?,” Ratcliff writes. “We had no problems in New York, Philly, DC, Chicago, or Nashville. But they would not let us take photos in Centennial Park!”

“When we got to Centennial Park, the police came and told us we were not allowed to take photos and we had to leave,” Ratcliff tells PetaPixel. “There were multiple police there and they surrounded the group.”

“It was very intimidating and I was worried about the entire crowd and what they were going to do if we did not comply.”

Luckily, Ratcliff had a backup plan for their route, so the photo walk was able to finish without any further issues. 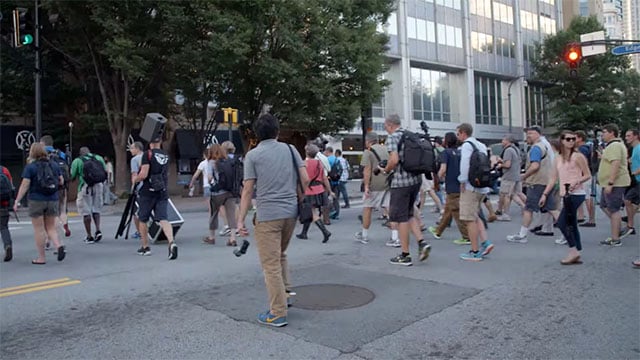 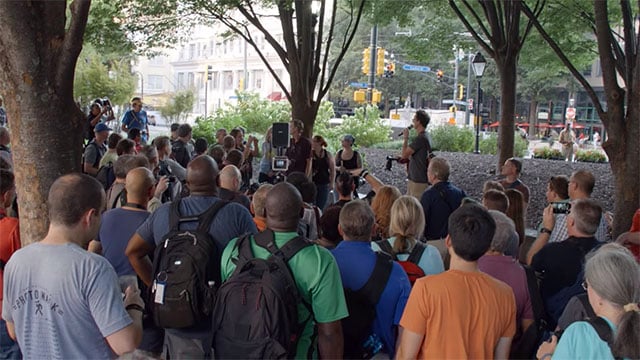 Here’s a video showing various moments in the photo walk:

Afterward, Ratcliff posted about the incident on his Google+ page, and the Atlanta Police Department commented to say that it wasn’t its officers in the park, but rather Georgia World Congress Center Police officers.

Here’s what the Centennial Park website does says about photography in the park:

However, the officers allegedly told the group that mobile phone photos are perfectly acceptable, but “professional” photos captured with “professional” cameras weren’t allowed.

“It’s so stupid and infuriating,” Ratcliff says. “There was no point to the walk other than to have fun, meet other photographers, and share our photos on the Internet.”

Why Use Studio Lights When You Can Use the Sun?

Bright Sun Dogs Seen Over the Mountains of Austria