Detroit. Once one of the greatest contributors to the United States GDP and home to 1.8 million people, the Motor City is down to just over 700,000 residents as of the 2010 census, with over $18.5 billion in municipal debt.

Brought down by a ‘perfect storm’ of unfortunate events — from the decline in domestic automotive production to an extremely corrupt hierarchy of politicians — Detroit’s decline is undeniable… and now thanks to Google Street View’s new time machine feature, it’s also on display for everyone to see.

As businesses, friends, and family cut their losses in The D to go elsewhere, they left behind everything from foreclosed homes to dilapidated factories.

Two decades into the serious decline of Detroit, much of the city has now become reminiscent of a post-apocalyptic movie’s B-Roll, and a Tumblog called GooBing Detroit has combed through Google Street View and Bing images to show the world just how quickly (and far) things went south. 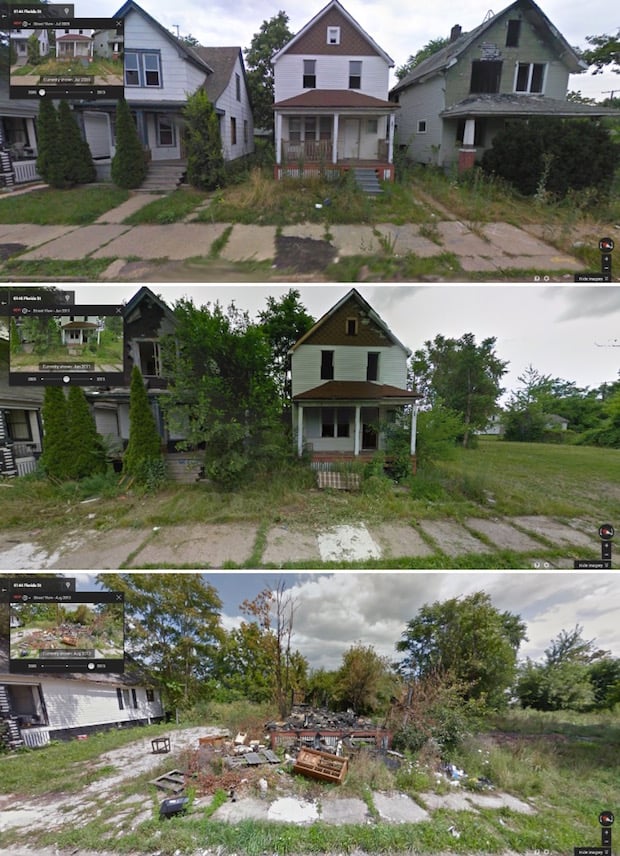 Without funds for the city to keep up with even the most basic maintenance, it’s incredible to see how quickly mother nature took her turf back over.

Trees, bushes and weeds have overrun the yards and sidewalks that families once walked down, the abandoned structures often becoming a playground for arsonists and trespassers who have left a number of houses completely destroyed. 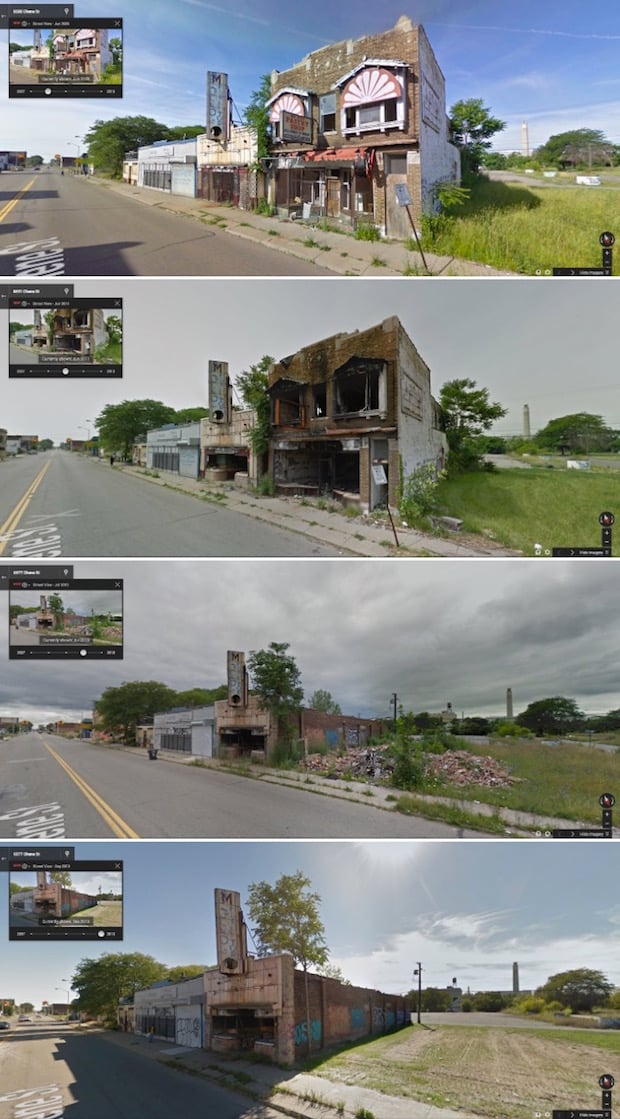 GooBing Detroit makes brilliant use of the camera and photography technology that many tend to look at as only a mapping program. By comparing year over year, we get a first-person view of how the world carries on whether or not we are there to tend to it.

To see it all for yourself, be sure to head over to the Tumblog and either give them a follow or bookmark the site. Hopefully, a couple of years down the line, the blog will have chronicled, not just the decline or Detroit, but its recovery as well.