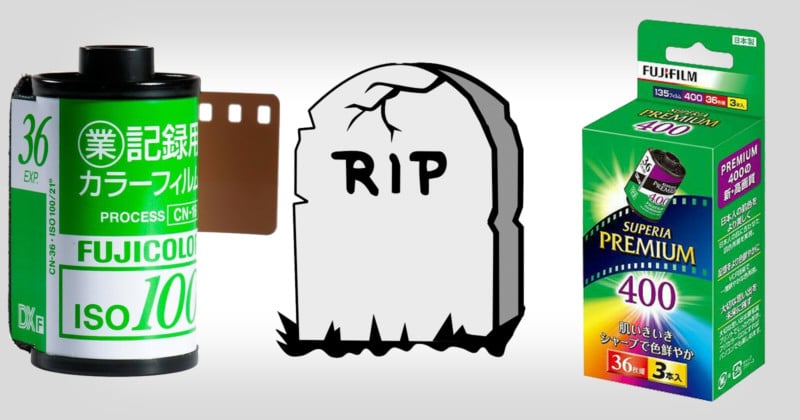 Fujifilm Japan has issued a “Notice of discontinuation of some photographic film products,” which states that the company will no longer sell 3-packs of Fujicolor 100 and Superia Premium 400 film as of March 2020, “due to a long-term decline in demand.”

The news was first spotted by FujiRumors, but it’s important to note that these 35mm film stocks are not being discontinued as a whole. Only the 3-packs are being removed from the market. The (Google translated) notice reads:

Sales [of the below products] will be terminated because stable supply has become difficult due to a long-term decline in demand.

We are very sorry, but we would appreciate your forgiveness after careful consideration of the situation. We look forward to your continued patronage of Fujifilm products.

Followed by these charts indicating that solo 24- and 36-shot rolls will still be sold: As FR points out, this doesn’t bode well for the stocks as a whole, and it doesn’t quite jive with the current resurgence in the popularity of film either. Fortunately, unlike the discontinuation notices we’ve shared in previous years, this one isn’t killing off a film stock entirely.

We’ve reached out to Fujifilm USA for confirmation and comment, since the notice currently only appears on the Fujifilm Japan website. We will update this post if and when we hear back.

UPDATE 2/10/20: Fujifilm USA has responded to our request for comment, confirming that this change does not apply to the US market, since these products weren’t being sold here in the first place.

Stunning Macro Footage of ‘Miniature Planets’ Made of Paint, Oil, Ink, and Soap