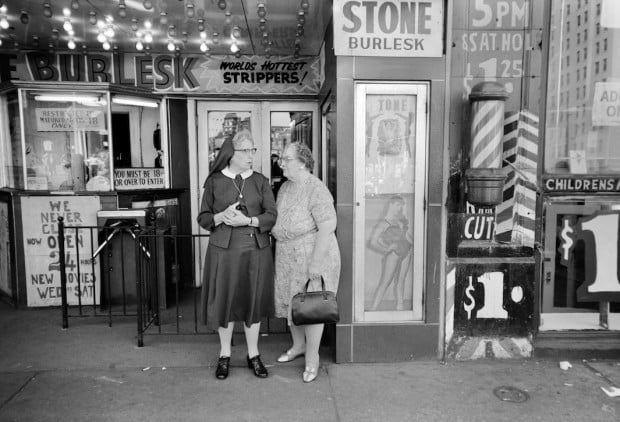 Back when Detroit was known for its motors more than its money problems, a young engineer by the name of Bill Rauhauser got his first taste of street photography, a “hobby” that would soon become his lifelong career.

Little did Rauhauser know that when he bought his first camera — a 39-cent piece of plastic from a magazine order form — it marked the beginning of an illustrious seven-decade career that would carve out a place for him as a Motor City legend in the art community.

Aptly put by Vince Carducci, Dean of Undergraduate Studies at the College for Creative Studies in Detroit, “It’s a cliché to say that Bill Rauhauser is the dean of Detroit photography, but it’s true nonetheless.” 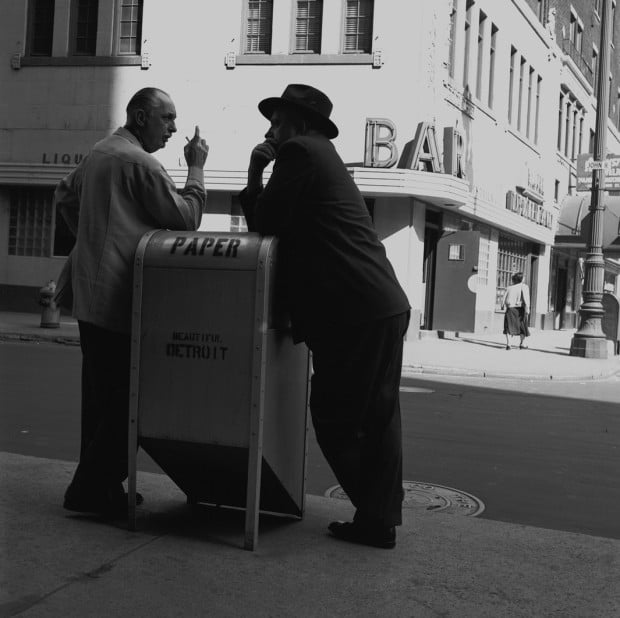 Rauhauser’s photographic career almost never happened though. In an age where photography was often painted as ‘only a hobby’ and not a true art form, it took a visit to a gallery in NYC to make Rauhauser realize that it was capable of being far more than a hobby. Appropriately enough, that gallery featured a collection of street photography by none other than French photography legend Henri Cartier-Bresson.

To this day, Rauhauser knows by heart a line in the booklet that accompanied his tour of Bresson’s gallery, which stated, “Photography isn’t a hobby. The art is in the seeing.” This led Rauhauser to paraphrase it in his own words, taking the idea back to the Midwest with him. His version went, “It’s in how or what you see. That’s what [makes] the big difference.” 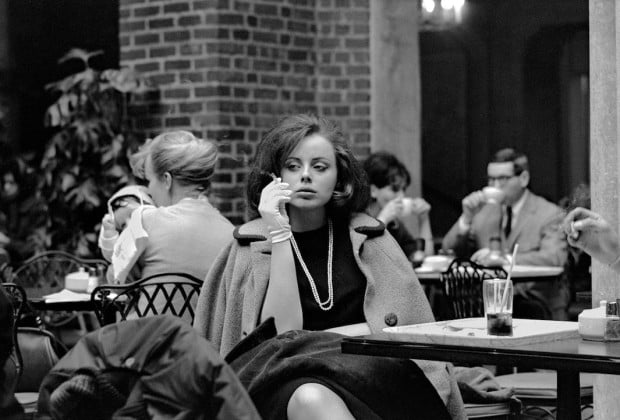 Spending his free-time as an engineer roaming the vibrant streets of Detroit, Rauhauser was already 18-years into his engineering career when he was presented with the opportunity to be a full-time photographer in the form of an offer to teach a class at the College of Creative Studies located in Detroit.

Rauhauser’s monochrome work is known for capturing the vibrant and now iconic moments of Detroit and its residents’ past. According to him, a great photo required a combination of being at the right place, clicking the shutter at the right time, being culturally aware, and having a little bit of luck. As he tell Slate:

Photography was something that was in my blood. I was able to use the extra time and inspiration to walk the streets of Detroit at the time and build up a large body of work while it was still a really beautiful city. 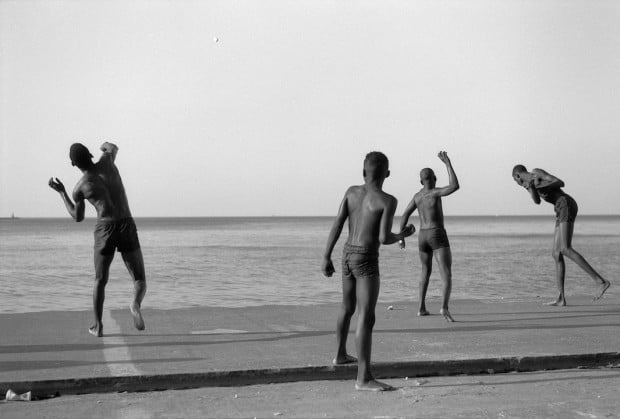 And while he had visited other cities such as Chicago and New York, he always felt drawn to his hometown of Detroit. As he said in a recent interview with the Huffington Post:

I was perfectly satisfied in Detroit. I found it an interesting place. It never entered my mind that I might leave Detroit and move away. I just sort of felt like I was a Detroiter.”

Rauhauser got into the art of photography at the perfect time, too, noting that he started, “when [Detroit] was just about at the height of its glory […] Detroit after the war was the arsenal of democracy. Everybody knew Detroit. The automobile center of the world, a great city.” 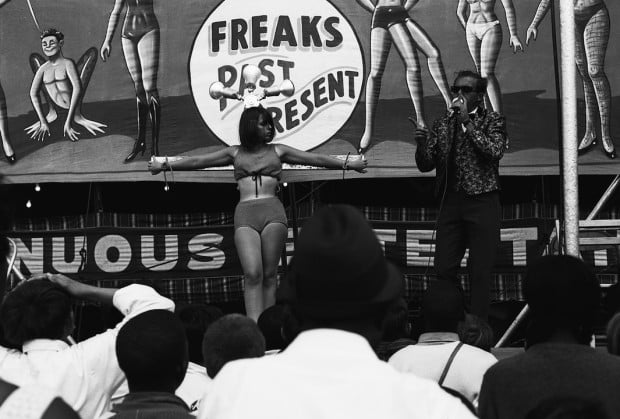 However, as all empires do, Detroit began to crumble. Starting in the 50s, the population started to decline. From there, as we all know too well, it only continued to go downhill.

And yet, Rauhauser still finds something to be positive about in the city’s decline, “that’s why my photographs have become sort of important,” he tells the Huffington Post. “It shows that period where the Detroit city just faded away, in a sense.”

At 95-years old, Rauhauser — who was named the 2014 Eminent Artist by Kresge Arts in Detroit — spends much of his time listening to old jazz music and going through his archives, trying to find hidden treasures from decades ago.

And while he’s still “firing from all four cylinders,” and gets out often, he finds it difficult to photograph as he once did. Although, as he reveals to Slate, it’s not for the health reasons we may think.

I don’t photograph Detroit much any more. The contemporary photographers are interested in flocking to Detroit and photographing the burned-out hulks of houses and vacant lots. I spent a little time there and took two photographs and decided it wasn’t for me. Most of my photographs were made in the ’40s, ’50s, ’60s, ’70s, and ’80s. All the photos I took showed Detroit as a really viable city. 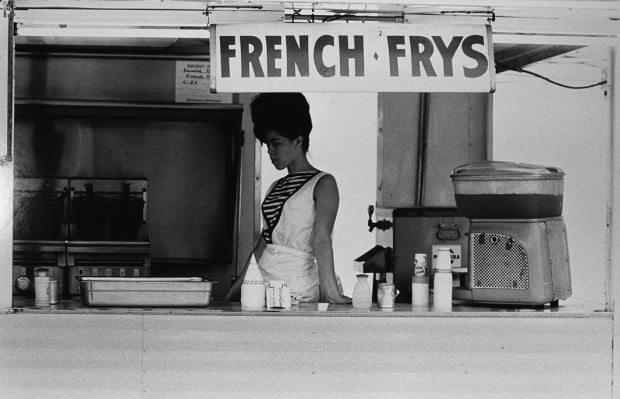 But Rauhauser isn’t all doom-and-gloom when it comes to Detroit making a come back. As he hits in the above quote, Detroit is being filled with a younger generation that may not completely understand the history behind it as Rauhauser does, but passionately desires to bring it back to life. Despite the bankruptcy, he maintains that the past decade has already begun to show somewhat of a revival.

“I think Detroit’s on the comeback, but it’s going to take a while,” he told Huffington Post. “It was burned out in a pretty shameful way, but you can see and feel the difference that Detroit is beginning to take the long road back.” 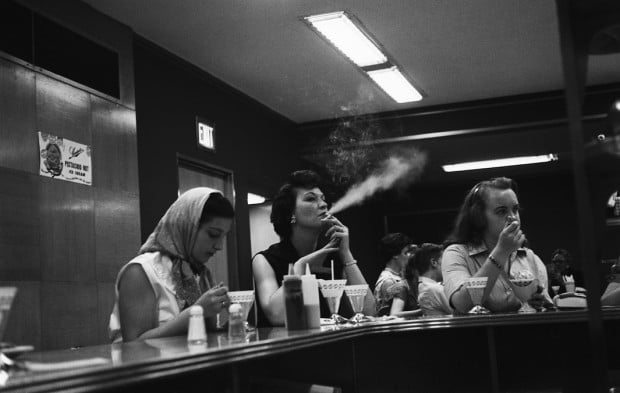 Despite being well into his 90s, Rauhauser continues to do his best to make his own impact in the city he’s called home for almost a century. He’s an artist advisor to the Detroit Institute of Arts, whose curator is, appropriately, one of his former students.

Rauhauser’s work speaks for itself and the city in which it was taken. He captured incredible photographs of everyday scenes on the streets one of the most vital cities in American history. The compositions are beautiful, the stories they tell are worth far more than a thousand words could do justice, and his overall contributions to the Detroit art community, and photography as a whole, will be appreciated for many generations to come.

Image credits: Photographs by Bill Rauhauser and used with permission