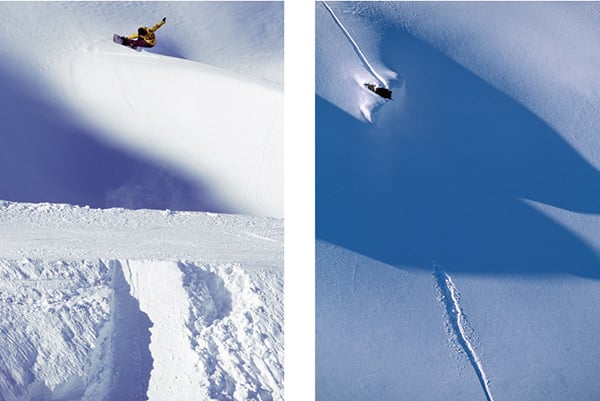 While most of the outdoor winter sports photography you see is as clean and crisp as the snow itself, photographer Matt Georges goes for a more moody feeling while out on the slopes. His work with the Polaroid, Holga, and medium format film creates a unique look at the life of the thrill seekers out there.

Although not a formally trained photographer, Matt has been in the photo world most of his adult life, photo-editing for ski magazines, and working his way up to senior in-house photographer. Read on to hear about his technique using these films, his background, and more. 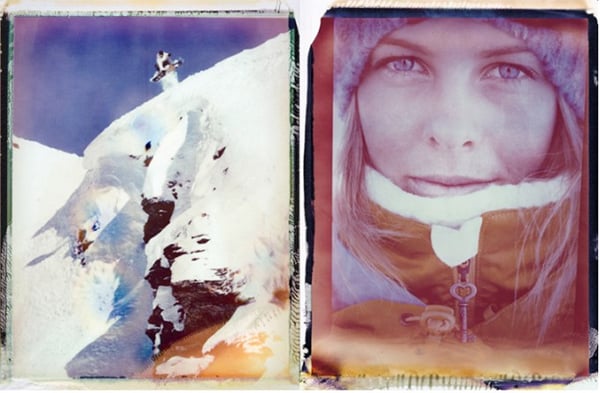 PhotoShelter: What’s your background in photography?

Matt Georges: I had actually never wanted to become a professional photographer – I had studied graphic design, typography and printing techniques at The National Art School and got my first job as an Art Director of the French skate and snowboard magazine Freestyler, just after my college degree. I had been into photography as a hobby since learning to print photos in a darkroom when I was 17, but I started to get a real interest in it when I was first published at around 20 years old.

After a couple years at Freestyler I moved to Austria to become Photo Editor of the European snowboard magazine Method Mag. At that point I was still, for the most part, shooting photos for my own pleasure. Eventually, I started getting more and more photos published, and after spending too much time in the office and in front of the computer looking at amazing photos I said to myself “I should get out there instead of sitting here on this damn chair.”

PS: How would you describe your style of photography? Can you speak a bit about the story behind your Polaroid work?

MG: That’s a hard question because I think (or I hope) my style will evolve with me as I grow as a photographer. At the moment, I’m really attracted by natural light, low-fi images, strong black and white photos and nice compositions.

It’s more important to me to hear people felt something when looking at my photos rather than hearing I’m a very fine technician, and my photos are shot perfectly. I like to see the accidents in my photos: the lightleaks, the dust, blur or burned images with some soul. I had been lucky enough to discover photography during Analog Era and I learned how to work and develop films in a darkroom. Not so long after Digital Era arrived to the mass, and then I had to learn again another side of photography with all those new digital tools. That being said I believe my style is a mix between the old and new techniques, but I definitely feel like more a hand-crafter than a digital-master. I like to create things using chemical products and different papers rather than using some Photoshop Tools and filters.

My Polaroid work is similar to the rest of my photos. I like to experiment different type of techniques, films and cameras. In 2008, Polaroid announced that they were shutting down for good. At that time, I only knew of the classic Polaroid format—white squared frames, shake it and you’ve got a photo. So I decided to jump straight into this world before it became extinct—what I found was a whole new realm of experimental photography. 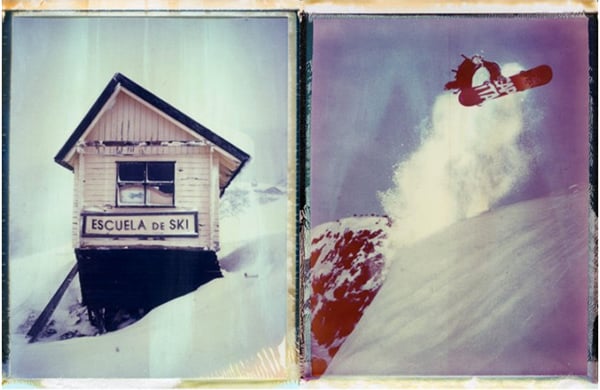 PS: What exact cameras and film are you using for these Polaroid series?

MG: So after this bad news, I ordered tons of different types of instant film until my fridge was overflowing with canisters stuffed between the lettuce and tomatoes. It was kind of a right move because it became really popular, especially after THE IMPOSSIBLE Project took over, so old Polaroids stocks became unaffordable within the next few weeks. Through internet research, a crazed community with a serious goal to keep Polaroid film alive opened my eyes to its many applications.

From the 600 film family (squared white frame) I had been shooting, I moved to 100 film (rectangular, around 3.5 x 4.5 inches) and discovered many ways to play around with the chemical product and the photo. Films are different depending the cameras of course. My set up is a few Polaroid 600 cameras, some Spectra and also some Land and a massive 600SE. Polaroids films are rare to find nowadays but it’s very easy to find Fuji and Impossible cartridges.

PS: Do you consider these Polaroids “personal work”? Do you feel this series has helped land you jobs?

MG: At first it was definitely personal work but since the beginning I’ve been shooting with Polaroids on location for various editorial or advertising jobs. I give them as extras, and at the end of the day, most of the clients actually use a few. It’s definitely helped me shape my style and get some jobs since. Or at least it gave me the opportunity to share it with potential clients. I recently shot a whole campaign and lookbook with out-of-date Polaroids

PS: Time wise, how do you balance personal work and client work? Do you feel it’s important to carve out time for personal photo essays and series?

MG: I travel a lot for editorial commissions and always try to mix up my trips with personal stuff too. If possible I try to extend it couple days longer to explore and spend more time to shoot for myself. I often include those last minutes photos in my submissions too. However, I feel like it’s good to have a goal or a purpose rather than just shooting random things here and there. Instead of waiting for new jobs to come on our plates, sometimes it’s good to do things by yourself. Lots of personal projects can bring new work and opportunities. It’s always better to be an actor than a spectator.

PS: What’s your creative process like? When you embark on a personal project, such as “Little Things” do you map out a plan or do you edit down images from other projects to piece together a new body of creative work?

MG: It really depends on the job. I love playing with different cameras so when going for an assignment I try to stick with one style. It can be Polaroid, Holga, Panoramic Xpan, medium format, 3200 ISO black and white film or whatever. I just think it’s important to keep unity and a consistent style for a feature. Of course it can be also done with digital camera and the style/colours can be also done in post-production.

The Little Things work was a last minute project. That day the light was really flat and weather was in and out. We had 1 hour helicopter flight for a shoot and we couldn’t schedule another day so I jumped in, put the harness and sat outside the door. We flew around a couple minutes and got some shots for the client but then the light was not so nice so I told the pilot to fly me over the different slopes and chairlift to get some bird perspectives. At the end of the day I knew I had a lot of cool shots to make a series of I didn’t even plan. I didn’t touch or edit the pictures for 3 years and when sorting out some other files I discovered the photos again.

Except this experience, I usually have a specific idea in my head that evolves within the time and especially while on location when shooting it. Some body of work can be done within a day and some other needs couple years and right opportunities.

Most importantly, are you a skier or a boarder?

Last time I skied was around 20 years ago, so I’m definitely sliding sideways.