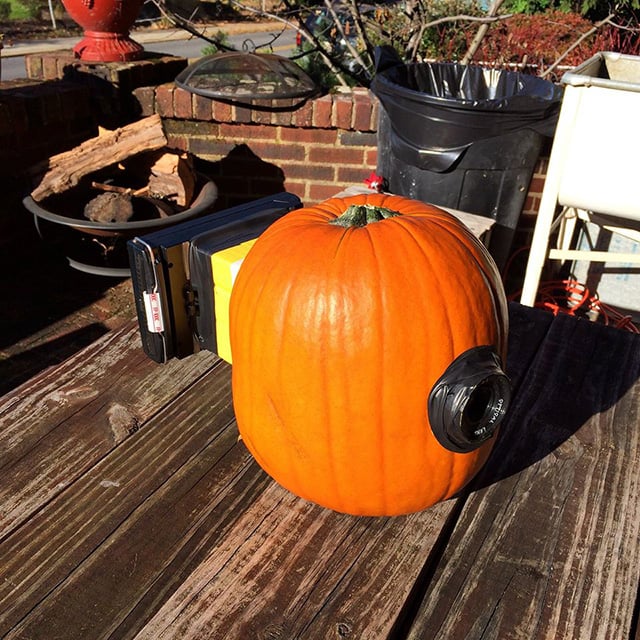 Halloween is only a few days away, and while there’s plenty of photography themed carvings and Photoshop tutorials and other such shenanigans floating around, artist and photographer Nic Persinger might have just one-upped them all.

When his neighbors threw a pumpkin carving party, he decided to carve his into a camera… an actual, working instant camera with a Holga lens and Polaroid back and.

We caught up with Persinger to ask him to elaborate on the ‘tech specs’ of this festive ‘Pumpkin Polaroid,’ as he calls it. He told us the lens is from a Holga 120 (a 60mm f/8) and the kind of back you use on Polaroid SE cameras like the Miniportrait or the 600se. 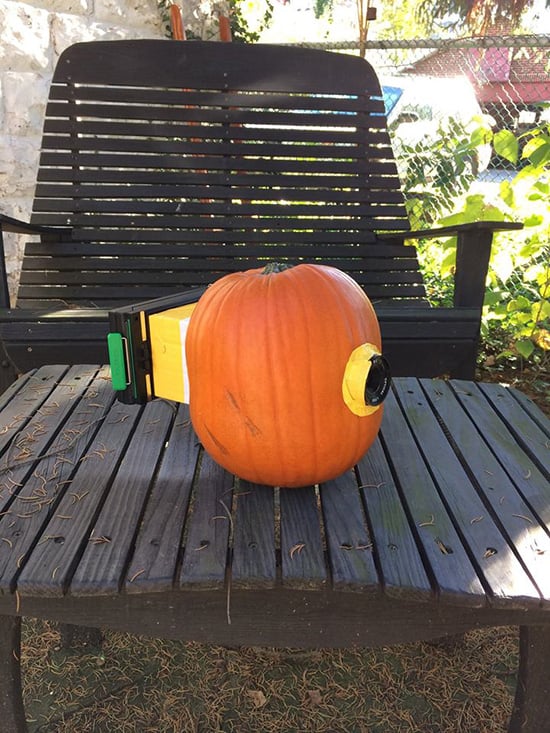 Unfortunately, he’s away from home and can’t scan and send us samples (we’ll update this post when we get our hands on some), but he says the camera does indeed work… albeit with some pumpkin-y caveats:

The pictures were ok. Very soft and atmospherical with really nice colors. And most had an orange tint to them due to the inside of the pumpkin illuminating when the exposure was made.

As for why he created the camera… well, that answer is simple enough. “I am film photographer,” he told us, “and have spent too many days under a darkcloth, obviously, because my brain think of things like that.”

Image credits: Photographs by Nic Persinger and used with permission