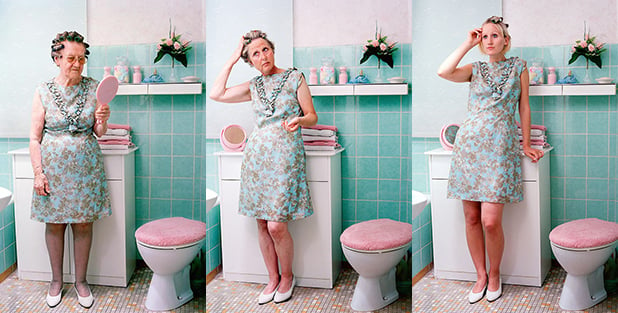 The series stuck us as both well executed and incredibly creative. The subject matter is fascinating, and the slight difference in expression and pose juxtaposed against the same background (the series was shot in her mother’s childhood home), same clothes (all her mother’s) and same memory gets her message across with a subtle beauty.

From the series’ description:

This work suggests that emotions and time can trigger a metamorphosis which alters our perceptions of certain memories. Röder questions how her mother sees herself in her memories, which emotions correspond to which memories, and how her emotions have changed over time. She also ponders how her grandmother remembers these moments in her daughter‘s life and how she feels about them. Finally, Röder considers how much she herself knows about these memories.

Here is the rest of the short series. After each three photographs is a description of the memory those photographs depict: 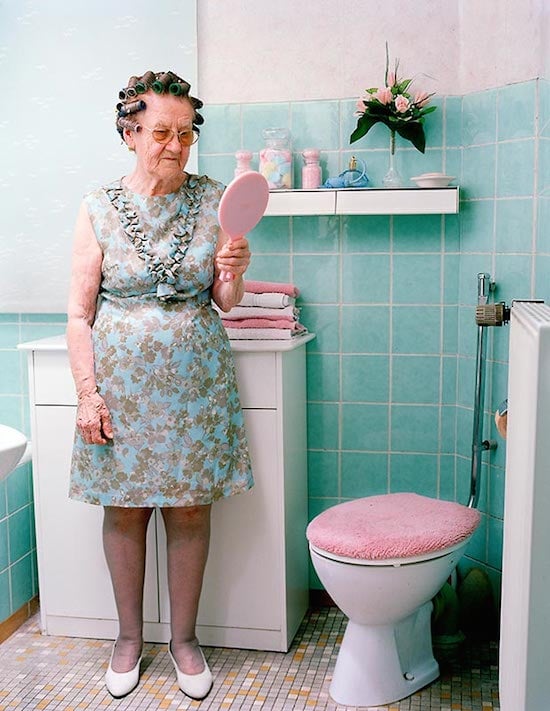 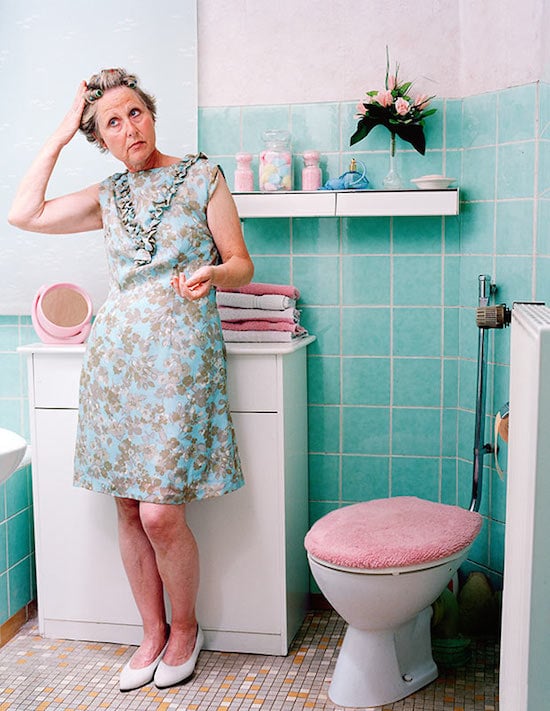 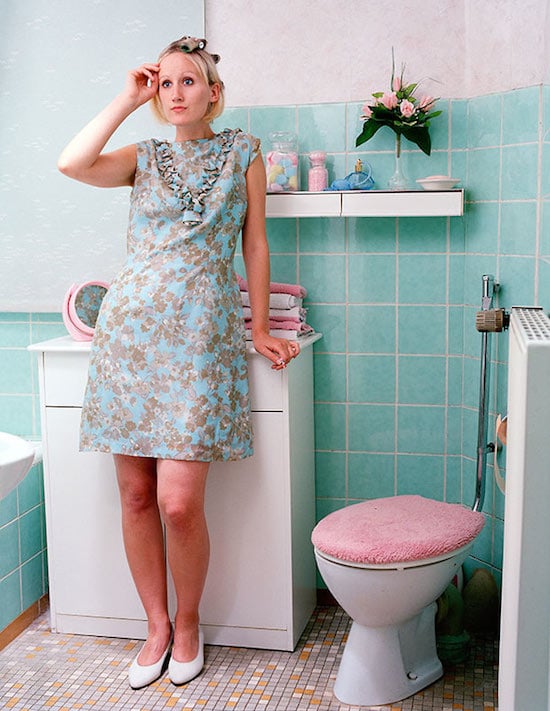 My mother was a hairdresser for almost 20 years. Although she was interested in getting higher education, her mother was so happy seeing her working in our little town in Bavaria, that my mother wasn’t able to try something else or move out of town. 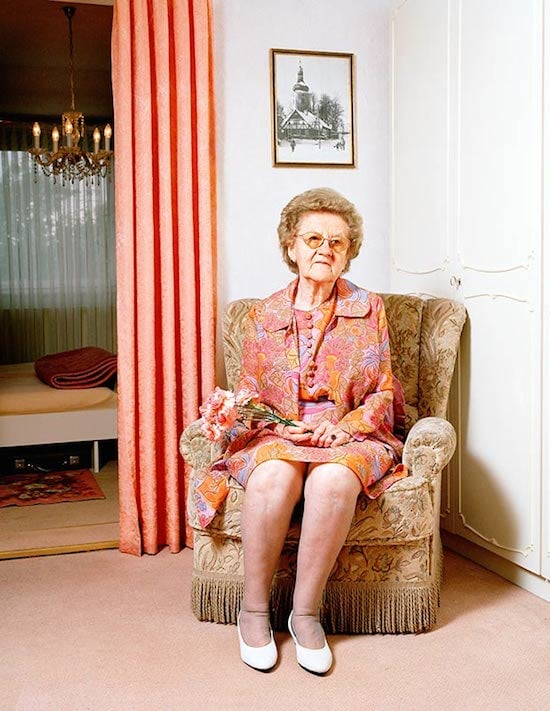 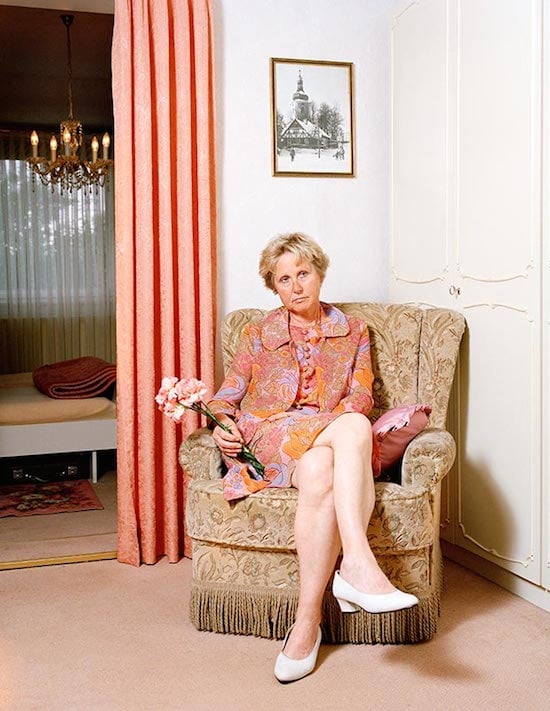 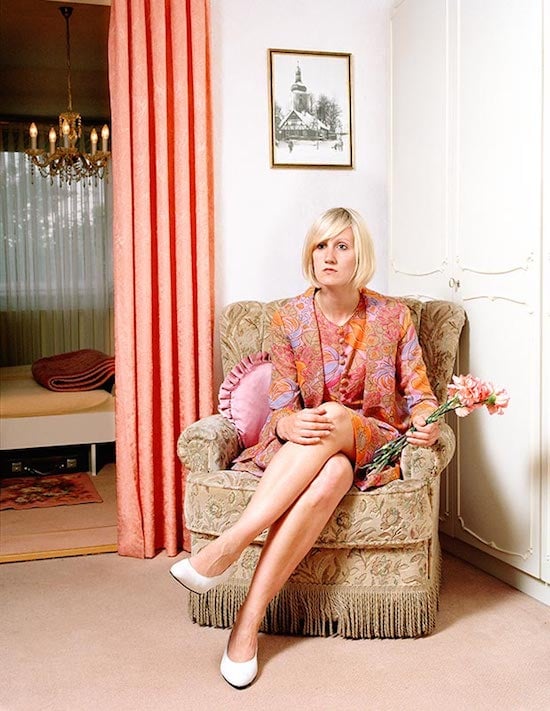 The prom night of my mother has always stayed in her mind as a complete disaster. Not only was her date a bad dancer, he brought her carnations — the flower associated with graves in Germany. 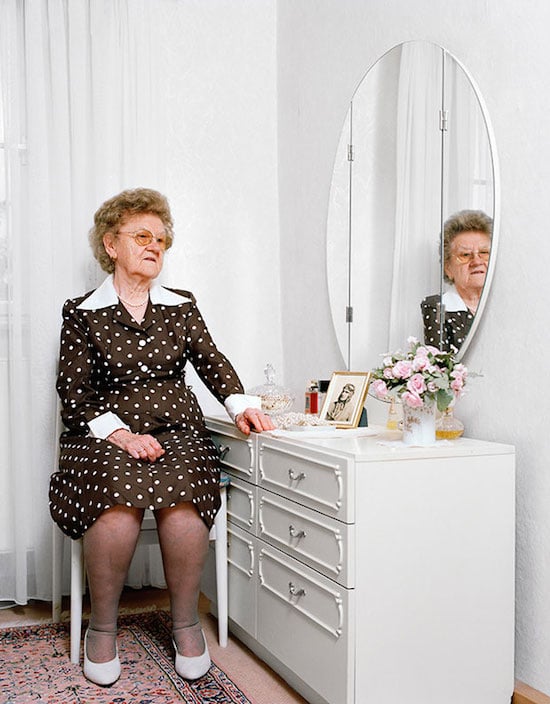 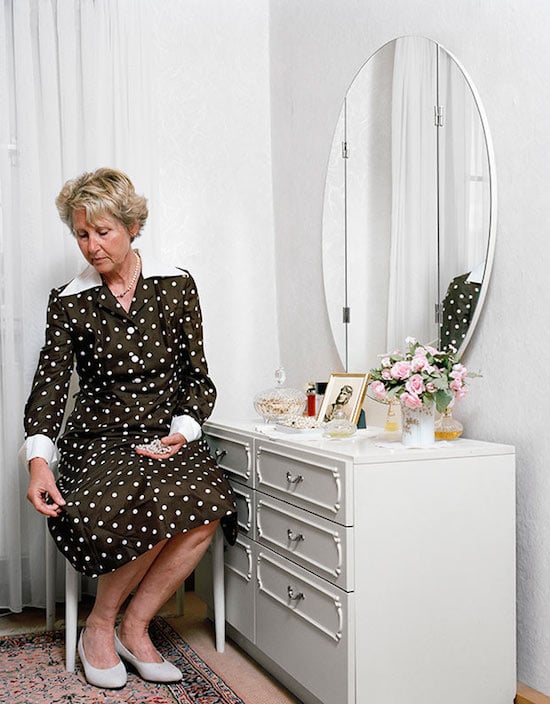 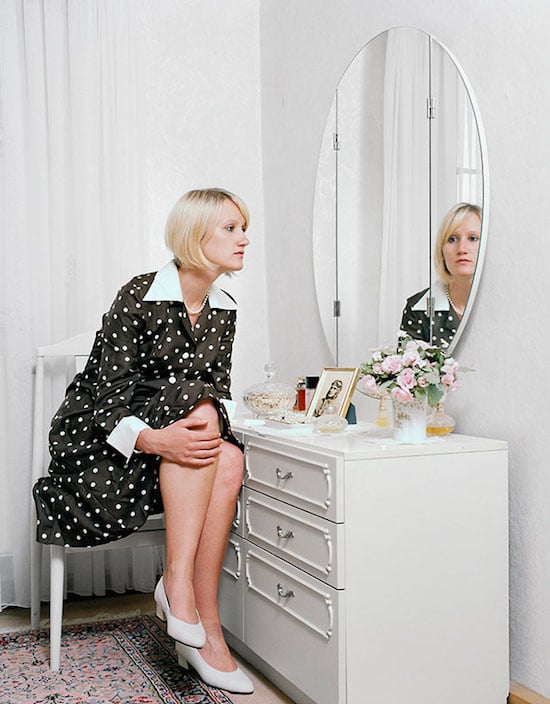 The first best friend of my mother died some years ago. She was the friend she first tried make up with, first got dressed up with.

While speaking with Feature Shoot last week, she was asked why she chose to explore her mother’s memories and not her own or her grandmothers.

“The interest in my mother’s youth is based on the fact that I wanted to get to know my mother better and maybe to learn indirectly more about myself,” she explained. “I wanted to see her not only as my mother – but as a woman who had a life before me. A life full of hopes, first loves, dreams and ideas.”

To lean more about the series, head over to the Feature Shoot interview by clicking here or check out the series on Röder’s website. And while you’re there, don’t neglect to explore the rest of her portfolio, it’s well worth your time.

Image credits: Photographs by Nina Röder and used with permission.