Tilt-shift images can be made one of two ways: one is to capture them in-camera using a tilt-shift lens, and the other is to create the effect in post-production by using a clever blurring technique.

One isn’t necessarily better than the other — each has its own time and place — but more often than not, creating the effect in post-production is the most convenient (read: cheapest) method. 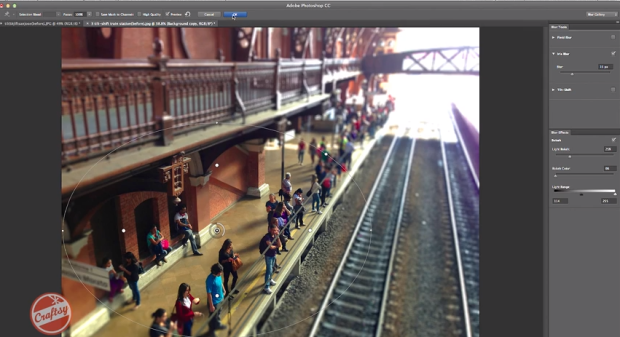 To help run through the basics of creating a tilt-shift scene in post-production, Nicole Dalesio, of Craftsy, shows off a quick and efficient method using Photoshop’s built-in blur tools. Dalesio runs through two different images, one of an urban landscape and one of a train station, to show how the effect can affect the aesthetic quality of the final image.

At six minutes long, the tutorial is short enough to be watched over a lunch break, so press play and enjoy the tutorial while you devour that chicken sandwich that’s been calling your name all morning.

Not All Bokeh is Created Equal, DigitalRev Explains Why